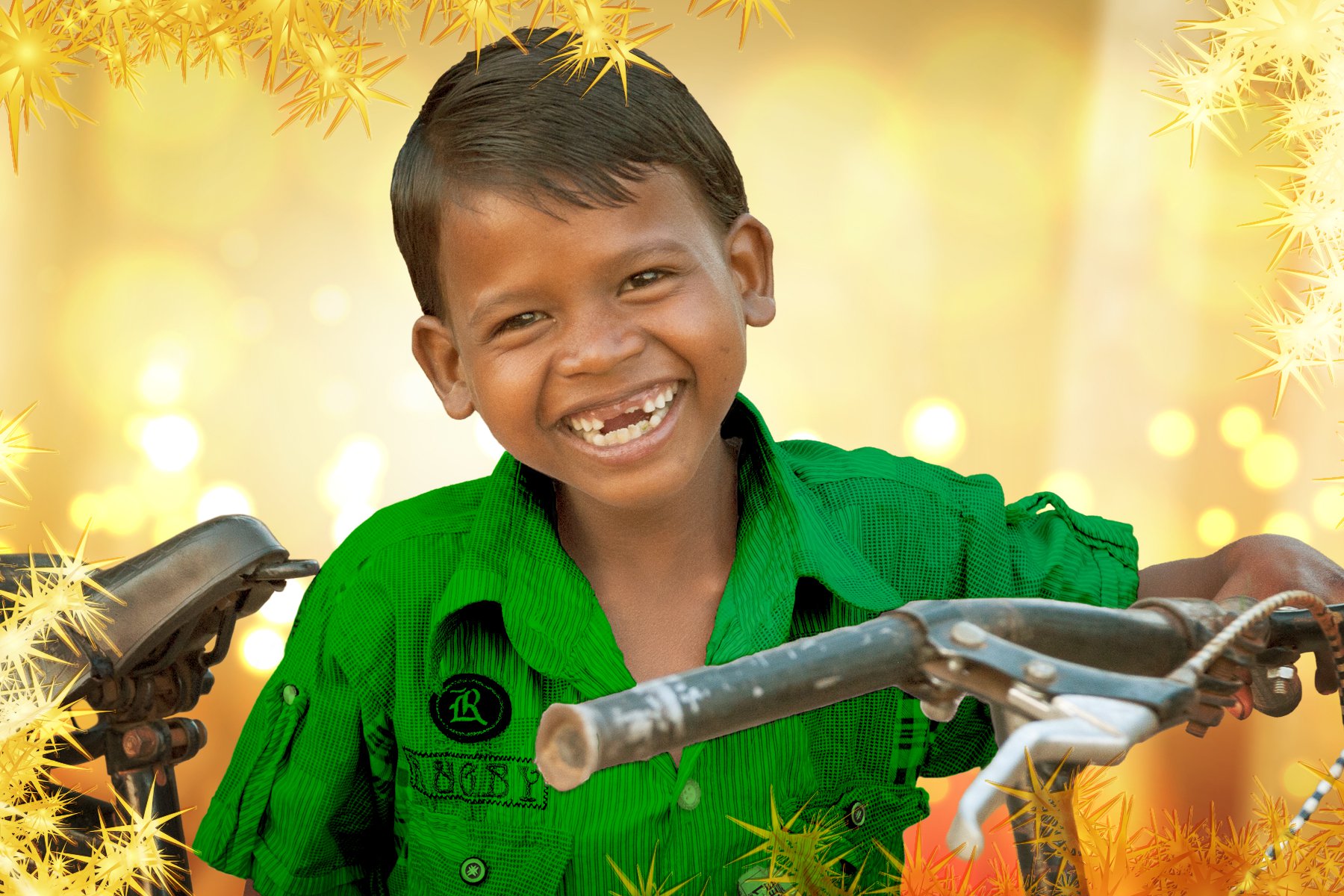 Merciful God, who sent your messengers the prophets to preach repentance and prepare the way for our salvation: Give us grace to heed their warnings and forsake our sins, that we may greet with joy the coming of Jesus Christ our Redeemer; who lives and reigns with you and the Holy Spirit, one God, now and for ever. Amen.

Almighty God, give us grace to cast away the works of darkness, and put on the armor of light, now in the time of this mortal life in which your Son Jesus Christ came to visit us in great humility; that in the last day, when he shall come again in his glorious majesty to judge both the living and the dead, we may rise to the life immortal; through him who lives and reigns with you and the Holy Spirit, one God, now and for ever. Amen.

Thanksgiving for Recovery from Grave Illness

A Psalm. A Song at the dedication of the temple. Of David.

I will extol you, O Lord, for you have drawn me up,
and did not let my foes rejoice over me.
O Lord my God, I cried to you for help,
and you have healed me.
O Lord, you brought up my soul from Sheol,
restored me to life from among those gone down to the Pit.

Sing praises to the Lord, O you his faithful ones,
and give thanks to his holy name.
For his anger is but for a moment;
his favour is for a lifetime.
Weeping may linger for the night,
but joy comes with the morning.

As for me, I said in my prosperity,
‘I shall never be moved.’
By your favour, O Lord,
you had established me as a strong mountain;
you hid your face;
I was dismayed.

To you, O Lord, I cried,
and to the Lord I made supplication:
‘What profit is there in my death,
if I go down to the Pit?
Will the dust praise you?
Will it tell of your faithfulness?
Hear, O Lord, and be gracious to me!
O Lord, be my helper!’

You have turned my mourning into dancing;
you have taken off my sackcloth
and clothed me with joy,
so that my soul may praise you and not be silent.
O Lord my God, I will give thanks to you for ever.

Then the Lord said to me, Take a large tablet and write on it in common characters, ‘Belonging to Maher–shalal–hash–baz’, and have it attested for me by reliable witnesses, the priest Uriah and Zechariah son of Jeberechiah. And I went to the prophetess, and she conceived and bore a son. Then the Lord said to me, Name him Maher–shalal–hash–baz; for before the child knows how to call ‘My father’ or ‘My mother’, the wealth of Damascus and the spoil of Samaria will be carried away by the king of Assyria.

The Lord spoke to me again: Because this people has refused the waters of Shiloah that flow gently, and melt in fear before Rezin and the son of Remaliah; therefore, the Lord is bringing up against it the mighty flood waters of the River, the king of Assyria and all his glory; it will rise above all its channels and overflow all its banks; it will sweep on into Judah as a flood, and, pouring over, it will reach up to the neck; and its outspread wings will fill the breadth of your land, O Immanuel.

For the Lord spoke thus to me while his hand was strong upon me, and warned me not to walk in the way of this people, saying: Do not call conspiracy all that this people calls conspiracy, and do not fear what it fears, or be in dread. But the Lord of hosts, him you shall regard as holy; let him be your fear, and let him be your dread. He will become a sanctuary, a stone one strikes against; for both houses of Israel he will become a rock one stumbles over—a trap and a snare for the inhabitants of Jerusalem. And many among them shall stumble; they shall fall and be broken; they shall be snared and taken.

Now we command you, beloved, in the name of our Lord Jesus Christ, to keep away from believers who are living in idleness and not according to the tradition that they received from us. For you yourselves know how you ought to imitate us; we were not idle when we were with you, and we did not eat anyone’s bread without paying for it; but with toil and labour we worked night and day, so that we might not burden any of you. This was not because we do not have that right, but in order to give you an example to imitate. For even when we were with you, we gave you this command: Anyone unwilling to work should not eat. For we hear that some of you are living in idleness, mere busybodies, not doing any work. Now such persons we command and exhort in the Lord Jesus Christ to do their work quietly and to earn their own living. Brothers and sisters, do not be weary in doing what is right.

Take note of those who do not obey what we say in this letter; have nothing to do with them, so that they may be ashamed. Do not regard them as enemies, but warn them as believers.

Now may the Lord of peace himself give you peace at all times in all ways. The Lord be with all of you.

I, Paul, write this greeting with my own hand. This is the mark in every letter of mine; it is the way I write. The grace of our Lord Jesus Christ be with all of you.

‘Simon, Simon, listen! Satan has demanded to sift all of you like wheat, but I have prayed for you that your own faith may not fail; and you, when once you have turned back, strengthen your brothers.’ And he said to him, ‘Lord, I am ready to go with you to prison and to death!’ Jesus said, ‘I tell you, Peter, the cock will not crow this day, until you have denied three times that you know me.’

He said to them, ‘When I sent you out without a purse, bag, or sandals, did you lack anything?’ They said, ‘No, not a thing.’ He said to them, ‘But now, the one who has a purse must take it, and likewise a bag. And the one who has no sword must sell his cloak and buy one. For I tell you, this scripture must be fulfilled in me, “And he was counted among the lawless”; and indeed what is written about me is being fulfilled.’ They said, ‘Lord, look, here are two swords.’ He replied, ‘It is enough.’

Story for the Day

Now when Jenya came home in the evenings, after tutoring at the center, her grandparents were already home cooking dinner. They watched with wonder as their granddaughter blossomed before them.

Learn how her life was changed through Bridge of Hope. 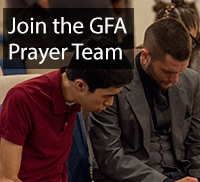 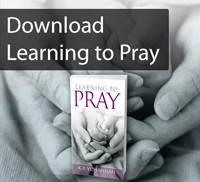 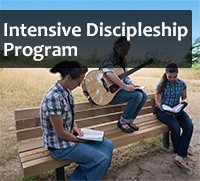 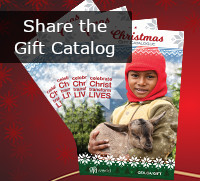