Police officer Burhaan was on duty when a GFA-supported pastor handed him a Gospel tract that would change his life.

Burhaan Venkatesan tossed and turned all night. Restlessness and unable to sleep, he grabbed the little booklet that a Gospel for Asia-supported missionary gave him earlier that day and read it. Over and over again, the life-giving message of Jesus’ love—the message he refused to accept at first—tugged at his heart. 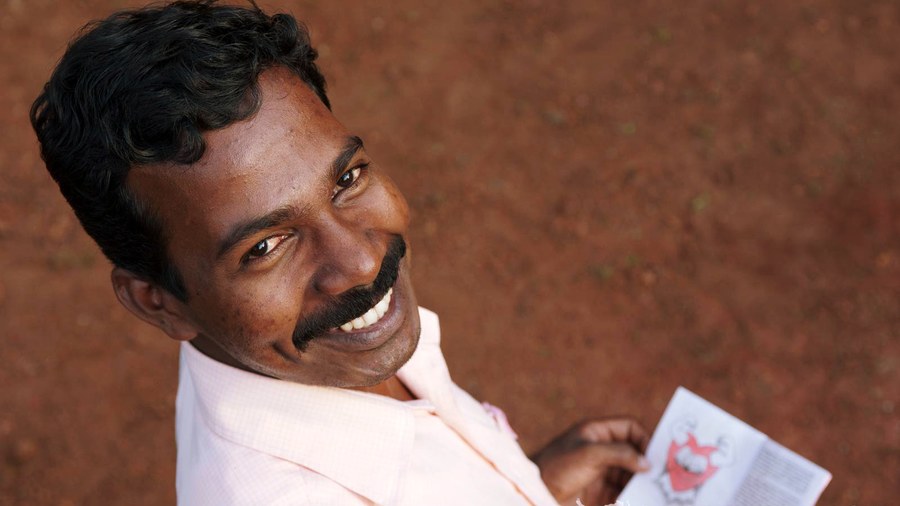 Burhaan is a police officer and was on duty when national missionary Nimral Bhatnagar handed him the Gospel tract. He was reluctant to receive it, thinking Nimral might be a spy. And when he finally took the little volume and read it the first time, he wasn’t able to comprehend the depth of God’s love that it described. But he held on to it.

That sleepless night, Burhaan decided he would contact the missionary who gave him the tract. He called Nimral the next day and told him he wanted to be saved from his sin and live in peace.

Nimral explained the way of salvation to Burhaan, and this tough police officer opened his heart to Jesus Christ. He came to church the very next day, confessed his sins before the believers, shared his testimony of how God changed him, and asked for forgiveness from the Lord.

Now, this once hardened, suspicious policeman is a child of God.

Give to Gospel Literature