Story: Not Able to Get a Bible

Here is the difference a Bible made in the lives of one young couple in Asia.

Mahabala and his wife, Nitara, were unable to get a Bible in their own language. New in their love for Christ, they had no fellow believers to help them grow spiritually.

Adding even more hardship, Mahabala's parents kicked them out of the family home because of their new faith.

Then they met Timothy, a GFA-supported national missionary. To encourage them, Timothy gave them a Bible provided through friends of GFA. They were so delighted to receive the Word of God, and they faithfully read it every day. They also began to attend worship services. As a result, their fellowship with Him increased day by day, and they became strong in their faith. 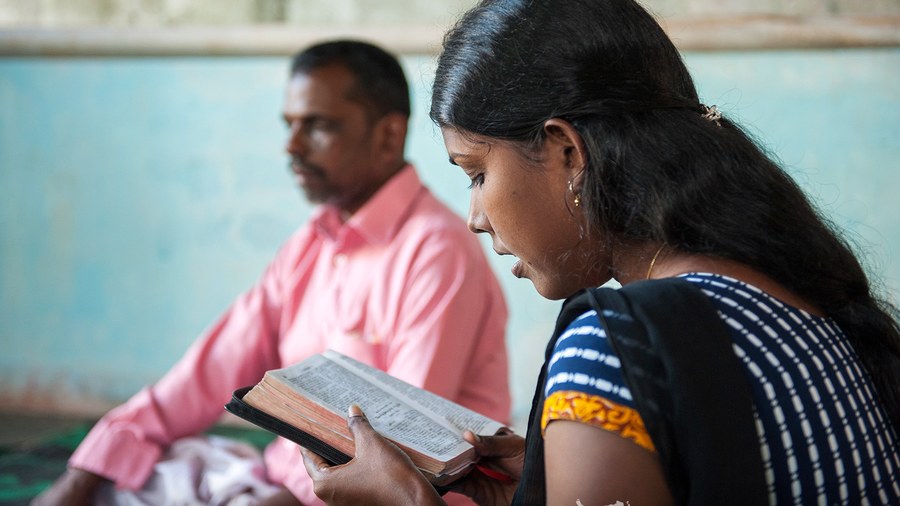 Stock photo by Gospel for Asia

Then their commitment to Christ was severely tested. After Mahabala’s father kicked them out of his home, he used his influence to get his son fired. With the loss of Mahabala's salary, the couple began selling their jewelry to pay the rent. In their culture, this was the last step before turning to begging.

But Mahabala's father made an offer: If they would reject Jesus and return to their old religion, he would give them the equivalent of 18 months of Mahabala's previous salary. When Mahabala didn't respond, his father doubled and quadrupled his offer. Yet Mahabala and Nitara decided to hold firm in their faith, even if it meant living in poverty.

You see, they had learned from their new Bible that their true riches were stored up in heaven and that following Christ was worth more than gaining the whole world.

Only God's Word has that kind of power. His heart is for His Word to be known by new believers like Mahabala and Nitara—and by those who do not yet know He loves them so much He sent His Son to die in their place.

You can help! For only $100 you can provide at least 20 copies of God’s Word—either as complete Bibles or New Testaments—which will enable many to grow and learn more about Jesus.