A Gift for a Father

Nadish rode his bicycle rickshaw past a crowd of people looking for rides. He needed the money. But instead of stopping to pick up a customer, he steered his bike to its parking spot. He handed over a portion of his hard-earned wages to the rickshaw’s owner and walked home. His rental time was fixed, and no matter how many more customers waited, he couldn’t keep working 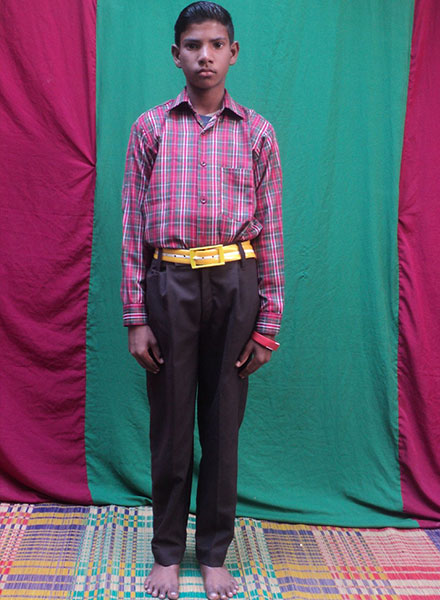 Even though two of Nadish’s three sons also worked, it was still a constant struggle to provide for the family. They managed to scrape together enough so the youngest son, 12-year-old Tanoj, could go to school. But it wasn’t until Tanoj was enrolled in a local GFA-supported Bridge of Hope center that their plight began to change.

The after-school tutoring at Bridge of Hope helped Tanoj learn his school subjects, and he worked hard. He also enjoyed the extra-curricular activities, like singing and performing cultural dances. Through it all, he had upright examples of his teachers to guide him toward obedience and respect.

But Bridge of Hope didn’t only impact little Tanoj—it touched his entire family.

Nadish shared with Tanoj’s Bridge of Hope teachers how difficult it was to eke out a living for his family. The staff took his plight to heart, and they decided to do something about it.

When it came time for the Bridge of Hope staff to distribute gifts, like those found in GFA’s Christmas Gift Catalog, they remembered Nadish. They arranged for him to receive a passenger rickshaw of his very own!

Nadish’s eyes filled with tears when he received his gift. It meant he would finally be empowered to work as hard as he could to care for his family. There would be no more rental fees, and no more limited work hours.

Nadish set out to work in his new rickshaw. With no fixed rental times, he used his now-free schedule to work as long as he needed. The nearby train station provided many customers who needed transportation with their luggage. People who knew Nadish personally would even reserve his services when they needed a rickshaw. 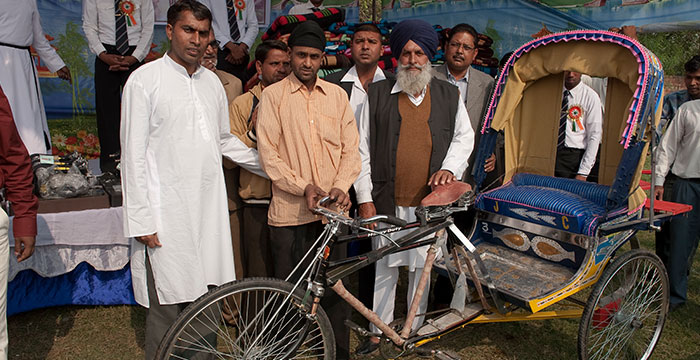 The man in this picture was a recipiant of a rickshaw similar to the one that helped provide financial stability for Nadish.

In addition to meeting the needs of his family, Nadish made enough to save some of his income. Gradually, he saved enough to purchase a trolley rickshaw and open a new business selling street food. He handed over the passenger rickshaw to his energetic older sons, which was a relief to Nadish’s aging body.

Because of the generosity of GFA friends around the world, Nadish’s son Tanoj is getting an education that will equip him for the rest of his life, and the family’s financial burden has eased dramatically. What’s more, these acts of kindness have stirred a new appreciation and interest in Nadish’s heart toward those who love Jesus.

There are many more with stories like Nadish’s. You can help provide a life-changing gift for a family in Asia.

Give Gifts for the Poor