Raziyah’s face was radiant as she recounted her story to yet another neighbor. Overwhelmed by the goodness of God, joy and gratitude overflowed through her lips.

A goat’s bleating punctuated their conversation as it stretched to reach the leaves of a nearby shrub. Kids bounded after their mother in search of milk. Raylea smiled.

Just a few years ago, Raylea’s home had been overwhelmed by dread, with little to smile about.

Raylea and her husband, Maalik, seemed to be better off than many in Asia, owning a little property and some cattle. But these weren’t enough to keep them out of poverty. Like many laborers in Asia, Maalik couldn’t properly provide for his wife and two small children. He could do little more than put food on the table. And that burden weighed on him. 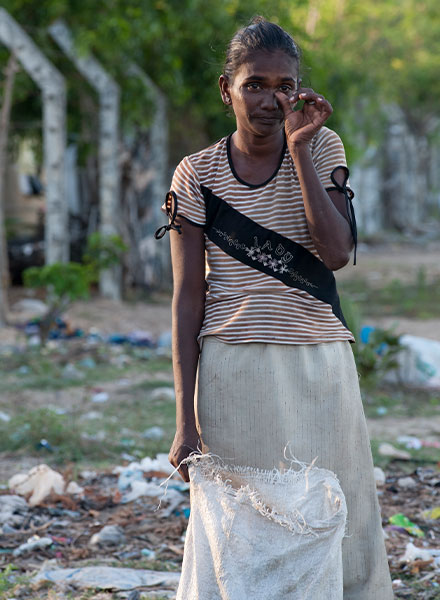 Raylea (not pictured) was distraught. Newly widowed and in severe poverty, she felt alone and helpless to care for her children.

In South Asia, more than 383 million people live at or below the poverty line, making just $1.90 a day.1 It’s hardly enough to provide nutritious meals for growing children, or education to help growing minds better themselves and break out of the cycle of poverty. Education could someday help his children earn a better living, but how was he to pay for their schooling? How could he give them a better future?

Family tensions rose as anxious thoughts swirled through their home, until they became crippling. For three years, Maalik could not walk properly, and the family’s troubles grew. Seeking Maalik’s recovery, they performed tribal rituals and traveled to hospitals for costly treatments that depleted their resources. They sold land, trees and cattle to cover the costs. But nothing helped. Instead, their lives became a curse to endure.

Through a neighbor, the couple learned of GFA pastor Shameer. Perhaps he could help. In desperation, the couple asked Pastor Shameer to pray for Maalik’s healing. For two months, the pastor faithfully visited twice a week, praying and believing, until it happened—Maalik was completely healed!

Astonished, the entire family put their trust in the Lord. They began regularly attending worship services, prayer meetings and other church activities. Their outlook transformed as God worked in their hearts, and they began to experience His blessings.

In South Asia, more than 383 million people live at or below the poverty line, making just $1.90 a day.

Their world halted just five months later, however, when Maalik fell sick again. Despite medical treatment, he died within months, leaving Raylea a heartbroken widow with two small children to raise on her own, provide for on her own.

They had managed to scrape together a living with Maalik’s meager earnings, but what now? As a woman—and a widow—her options were limited, and her wages were likely to be lower than a male counterpart’s.2 In her society, widows are often viewed as cursed and blamed for their husbands’ deaths. Could she find an employer who would look past the stigma of widowhood and not consider her cursed? Was this to be a recurring theme in her life?

Raylea’s heart sank as she considered the severe poverty that had befallen her and the two little ones looking to her for their needs to be met. Her shoulders slumped. She was helpless; she had nowhere to turn, no one to turn to . . . or so she thought. 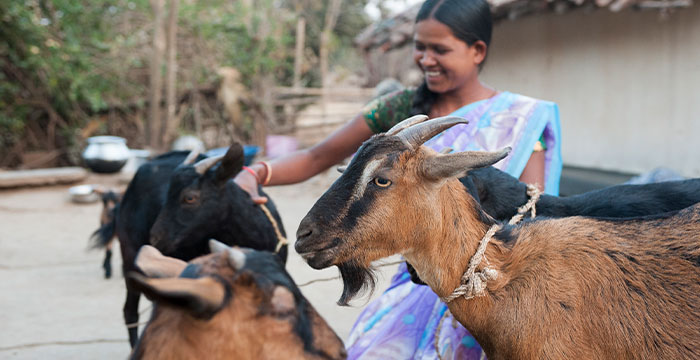 Like this woman, Raylea received goats at a GFA Christmas gift distribution that have filled her with joy and enabled her to provide for her family.

There was One who did not consider Raylea cursed and would not leave her deserted. Through a GFA World Christmas gift distribution, Raylea received an income-generating gift that would help secure her and her children’s future: a pair of goats. Those goats begat two more goats the following year, and three more goats were added to her growing flock the year after. With a 150-day reproduction cycle, a single female goat can produce seven to nine goats in just two years.3

Raylea began to see God’s blessing in her life with these versatile—albeit hairy—money-makers. Since they require little space and can easily survive on nearby trees and shrubs, goats can play an important role in the economy of landless farmers.4 Raylea’s goats produced milk high in nutrients that greatly enhanced her family’s diet. Just one liter can provide 60 percent of the protein her 8- and 10-year-old each need in a day and calcium for their growing bones.5

The dairy products these animals produce is not their only benefit. The goats’ lean meat is also an excellent source of protein, high in vitamins and minerals, which can vitally improve a family’s nutrition, particularly in poverty-stricken areas where diets may be low in protein.6

Of course, any of these products, or the goats themselves, may be sold to generate income. As such, raising goats can significantly contribute to household livelihoods in developing areas of the world, such as Asia.7 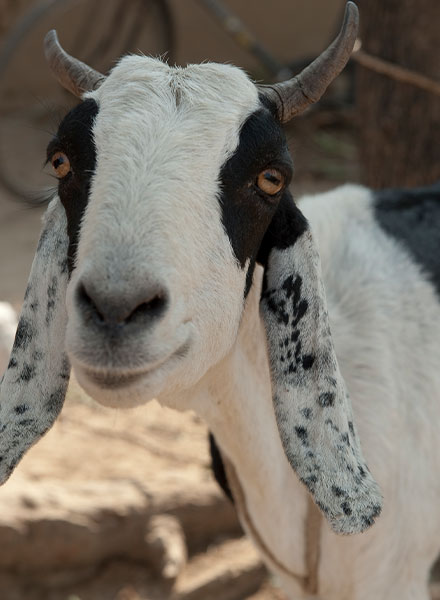 With her goats, Raylea was able to earn enough money to feed and clothe her children and provide school uniforms. These goats were not just pets; they were a lifeline out of poverty. Her children would have a better future.

Knowing she bears no curse, Raylea has become a blessing. She donated a goat to the church for its betterment—the same church where she found her joy and abundant life in Christ.

Every year, thousands of people like Raylea are blessed with gifts through GFA World’s Christmas distribution program. Income-generating gifts, such as goats, chickens, sewing machines and fishing nets, can transform the lives of those struggling in abject poverty. The need is particularly great in the wake of the COVID-19 pandemic, which threatens to reverse any recent decrease in South Asia’s poverty rate.8

There are real needs, for real people, in hopeless circumstances this Christmas. Just as God sent His Son to that manger scene long ago, you can send life-changing hope in the form of a simple, practical gift to someone in desperate need across the globe, helping them escape poverty and experience the love of Christ.

Give the Life-Changing Gift of an Animal