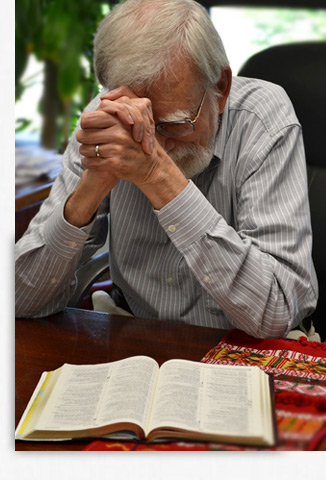 In 1996, Fred, along with the rest of the Gospel for Asia staff, put together a notebook with information about 100 unreached people groups in South Asia. They used this notebook to pray one by one for each of those groups during their Tuesday night prayer meetings, their morning prayer meetings, and even at home on their own.

He Saw His Prayers Answered

Fred had heard bits and pieces of what God was doing among one of these unreached peoples: a remote animist group living in the foothills of the Himalayan Mountains. So when he had the opportunity to see firsthand the evidence of God's answer, Fred was moved to tears with joy and amazement. He was amazed God had done so much among them.

In 2010, Fred had the chance to attend a worship conference in Asia. As he and a few other GFA staff members were leaving, a lady approached them and asked if she could take a picture with them. Shortly after, about a dozen more people came and stood near them. Fred looked down at the name tags on their shirts and noticed they belonged to the same group he had been praying for. For the first time, he realized the Lord answered his prayers for these people, as these brothers and sisters represented 120,000 more believers in their home region who couldn't attend. 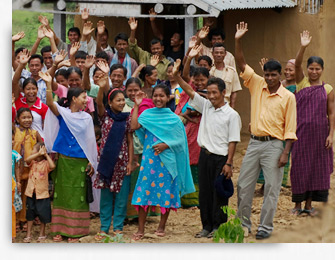 Something to Remind Him

When Fred returned home, he brought with him a handwoven mat given to him by this remote group and a tie from another group with whom they used to be at war. He keeps them as a reminder of what God has done and is continuing to do between them. They are no longer killing each other, but call each other brothers and sisters in Christ.

God Is Still Moving and Will Continue to Do So

After seeing this answer to prayer, Fred continues to pray for these people. He prays for more radio broadcasts to be aired throughout the day in their language, for Women's Fellowships to be started and to flourish, for a film on the life of Jesus in their language, and for more fellowships to spring up. He also prays that the violence in this area will cease. Fred knows that even though this is one of the more difficult areas to work in, God is faithful.

Join with Fred and Pray for the Nations

When Fred first saw this amazing answer to prayer he said, "God answers prayer; there's just no doubt about it. By faith you believe God is going to do something, and God's going to do it. We had nothing to go on, just trusting Him that somehow we could reach those people. We knew the need was great, but how are you going to reach 2.5 million in such a short time? But God's doing it."

To find out more ways you can pray for the lost in Asia, sign up for the prayer email and be encouraged as you watch your prayers be answered. Remember God is faithful and your prayers do not go unanswered.