When Pastor Chanchal and Lahar met, Lahar was uninterested and even hostile toward what Pastor Chanchal had to say. Lahar had his own religious beliefs, a family to take care of and an inner battle to wage—a battle between leading a responsible life and giving in to the addiction that threatened to destroy that life.

Even though Lahar often grumbled at Pastor Chanchal’s words and sometimes even scolded him, the two men continued to talk with one another. For years, Pastor Chanchal spent time with Lahar and his family once or twice a week. As their relationship deepened, Lahar gradually became interested in what the pastor had to say, and Pastor Chanchal had opportunities to tell the family about Jesus’ love.

Lahar’s life had always involved struggle: When Lahar was young, his father neglected his family, blinded to their needs by his alcoholism, so Lahar bore the burden of providing for his parents and siblings.

Unfortunately, Lahar began walking in his father’s shoes: He became addicted to alcohol at the age of 18. After Lahar married, his alcoholism brought much grief to his wife, Lajja, and drove her away to her parents’ home for three years. 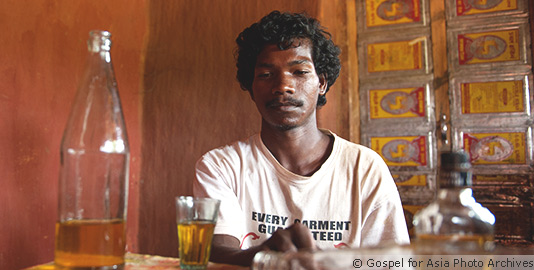 Lahar had been a heavy drinker since he was 18 years old, and his addiction even drove his wife to move in with her parents for three years.

With effort, Lahar eventually stopped drinking and reunited with his wife. Together, the couple worked to provide for their growing family. Eventually, they started a business; it seemed their lives were getting better.

Meanwhile, Gospel for Asia-supported pastor Chanchal had started ministering in Lahar’s village. One day, he offered Lahar a piece of Christian literature. Like most of the other villagers, Lahar didn’t want to hear the message of hope Pastor Chanchal had to share. But Lahar did allow Pastor Chanchal to continue visiting his family, and over the course of several years, a friendship grew.

Pastor Chanchal’s words touched the heart of Lahar’s mother, and she started attending the local church. But because Lahar’s father was the elder of their village, people criticized the family for her interest in Christ. Under society’s pressure, Lahar and his father told her she couldn’t attend church for more than a year. But Lahar’s mother continued walking with Jesus, and soon the source of family turmoil shifted from her to Lahar.

Lahar had been a heavy drinker since he was 18 years old, and his addiction even drove his wife to move in with her parents for three years. 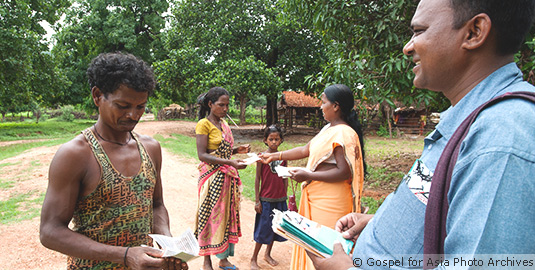 Gospel for Asia-supported pastor Chanchal befriended Lahar and his family, even though Lahar usually showed a lack of interest in the message of hope Pastor Chanchal had to share.

Lahar slipped back into the grip of alcoholism, throwing away the hard work he had invested to quit drinking, reunite with his wife and start a business. Not only did Lahar waste his days drinking with friends, but he also started stealing things at night. He, like his father, stopped providing for his family.

As they prayed, Pastor Chanchal continued reaching out to Lahar. The pastor told him of Jesus’ grace and invited him to church. As God responded to prayer and spoke through the Pastor’s encouraging words, Lahar’s life began to change. He stopped stealing and drinking alcohol, and he visited the church one Sunday.

Gospel for Asia-supported pastor Chanchal befriended Lahar and his family, even though Lahar usually showed a lack of interest in the message of hope Pastor Chanchal had to share. 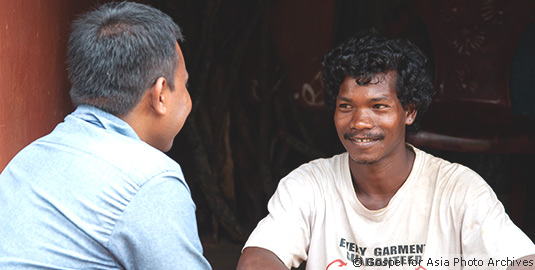 After Lahar returned to his drinking habit—and started stealing things—Pastor Chanchal continued being a friend to the young man. Eventually, Lahar’s heart opened to the love of Christ.

There, as Lahar stood among the believers worshiping, he felt as if a burden had been lifted from him. With a new peace and joy in his life, he decided to entrust his life to Jesus, and he has continued to change from the inside out! Now Lahar takes care of his family, and they rejoice in the redemption Jesus has worked in their lives. Lahar even supports his friend, Pastor Chanchal, as he continues ministering the grace of Jesus in the village.

Many Find Friendship with Jesus

Through Pastor Chanchal’s commitment to befriend and share hope with Lahar and his family, Lahar found the best friend of all, Jesus Christ.

After Lahar returned to his drinking habit—and started stealing things—Pastor Chanchal continued being a friend to the young man. Eventually, Lahar’s heart opened to the love of Christ. 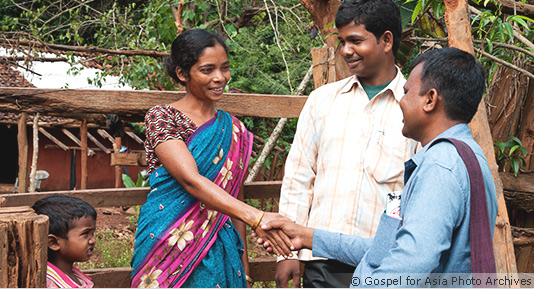 As pastors like Chanchal befriend people through compassion and faithfulness, many are embracing the truest friend, Jesus Christ.

Millions more people wait to know friendship with the God who makes all things new, but you have the opportunity to give not just one but many people that chance. Sponsor a national missionary like Pastor Chanchal to reach more families with Jesus’ love.

As pastors like Chanchal befriend people through compassion and faithfulness, many are embracing the truest friend, Jesus Christ.

Sponsor today and get a packet including your missionary's photo and testimony, along with exclusive updates from the mission field that let you see how your sponsorship makes a difference.

The Master has gone away and has left us with His money and gave us the order to use it for the furtherance of the gospel of Jesus Christ. We chose GFA because 100% of the sponsorship fee goes to the missionary. Since we can't directly be God's hands and feet in Asia we want to help equip those who are.