The Pastor and the Gangster

Pastor Shorya knew the Holy Spirit had been speaking to him about going to visit a certain village—a village where he’d been told not to come back. The GFA-supported pastor lived nearby and had gone there several times, offering a message of hope to any who wanted to hear. Some men in the village didn’t want to hear it, though, and they told him he might not survive if he came again. Heeding this threat, Pastor Shorya didn’t return for nine months. 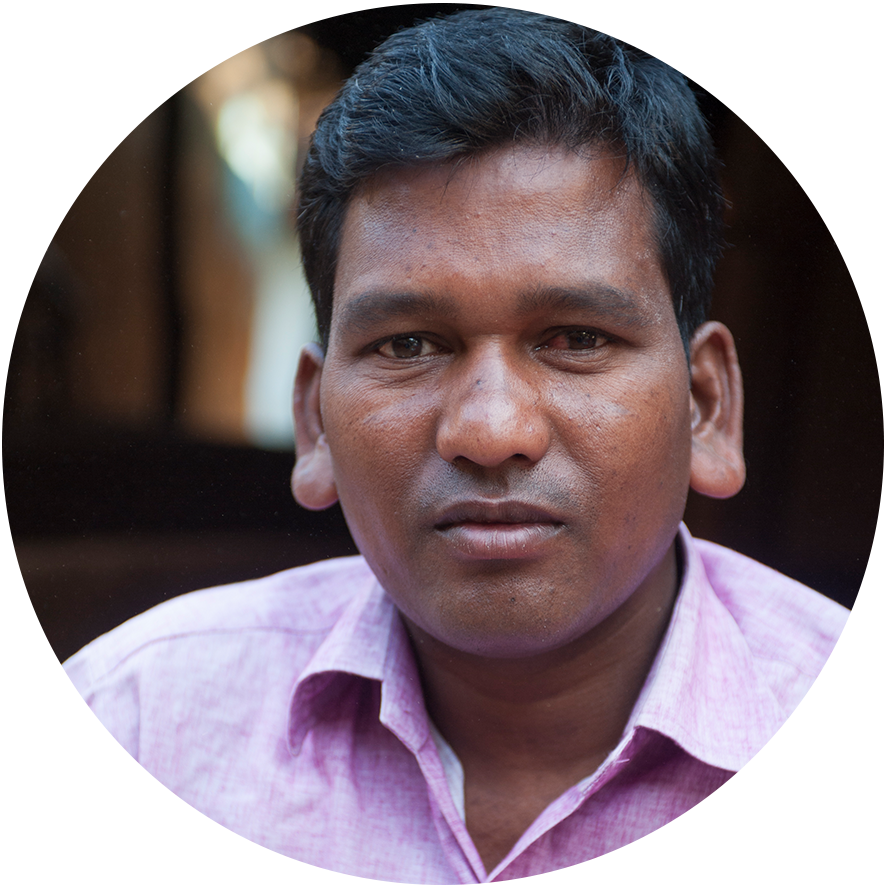 But when Pastor Shorya sensed God was telling him he needed to visit that village again, he listened. Soon he found himself confronted by one of the most notorious men in the village: Hitansh.

Pastor Shorya hadn’t met Hitansh before, but he had heard enough to fear him.

“Why did you stop coming to our village?” Hitansh asked Pastor Shorya.

When Pastor Shorya explained that some men had threatened him, Hitansh told him not to worry. He encouraged the pastor to continue visiting the village and said he would make sure no one else bothered him.

Such a guarantee meant a lot coming from a person like Hitansh, whose feared reputation came from his status as a leader of a gang known for robbery, kidnapping and murder. Hitansh’s wife, however, believed in Jesus. She told her husband that the Christians in the village needed Pastor Shorya’s encouragement, so for the sake of his wife, the gangster supported the pastor.

As Pastor Shorya started visiting Hitansh’s village again, a relationship developed between the two men, and he told Hitansh about Jesus and invited him to come to worship services. Hitansh wasn’t interested, though. 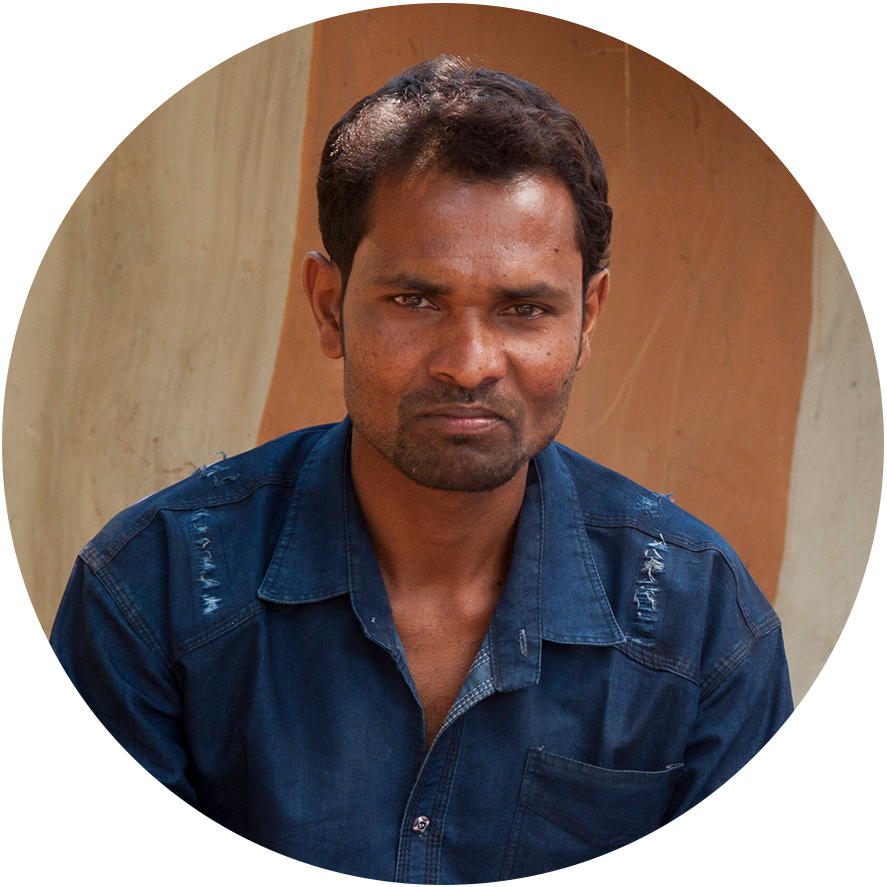 Hitansh’s life of crime eventually caught up with him. After getting arrested for robbing the police superintendent’s home, he landed in prison for several months. One night he had a dream that reminded him of things Pastor Shorya had shared.

In Hitansh’s dream, he stole a gold chain. As he was running away, a lion approached and swallowed the chain. Then a man from Hitansh’s village appeared.

As Hitansh looked up, a cross stood before his eyes.

Hitansh woke up, troubled. He knelt down and prayed, and the next day, a desire burned within him to know about Jesus. He asked his brother to bring him a Bible.

Having failed the fifth grade multiple times, Hitansh had struggled to read his own language, but now he found himself able to read Scripture clearly. Day by day, God continued to burden his heart as he pored over Bible passages and remembered Pastor Shorya’s words about Christ.

When Hitansh was released from prison, he immediately wanted to talk to Pastor Shorya.

“I have done many sins,” Hitansh said. “Will Jesus Christ forgive me from all my sins? How can I get peace in my heart? In the jail, I was remembering your words every day. Show me the way … ”

Pastor Shorya comforted him with words from Scripture, sharing that Jesus would forgive sins. He told Hitansh that Christ was the way to peace.

No Longer a Gangster

That day, Hitansh found peace as he believed in Jesus Christ. Soon, he started attending worship services and prayer meetings at Pastor Shorya’s church. His family members began noticing a change in Hitansh, and they also came to know Christ.

Now, instead of engaging in criminal activity, Hitansh provides for his family by doing masonry and labor work. He also works for Jesus full time, telling others about the God who gave him a second chance.

Hitansh’s transformed life impacted the entire community, sparking an interest in Jesus among more people, encouraging the believers and even touching the hearts of the gang members Hitansh used to work with. Although the other leaders of Hitansh’s gang didn’t feel they could openly make a commitment to Jesus, they began to believe in Him.

As Hitansh continues to grow in his walk with Christ, Pastor Shorya continues to encourage him, sharing insights from God’s Word and teaching him how to live an exemplary life. Hitansh is grateful for how Pastor Shorya has mentored him and other members of his family. Just as he guaranteed, the former gangster continues to support the pastor—but now he does this by inviting people to attend worship services and prayer meetings. Hitansh even serves as the church secretary and treasurer.

Because God reached down to pull a criminal off a treacherous path, an entire community is finding new hope. And He did this through one man who loved a village enough to go back, despite risk to his own life, and through an unlikely ally. Now, Hitansh is no longer a criminal, and he and Pastor Shorya are not just friends—they are brothers. 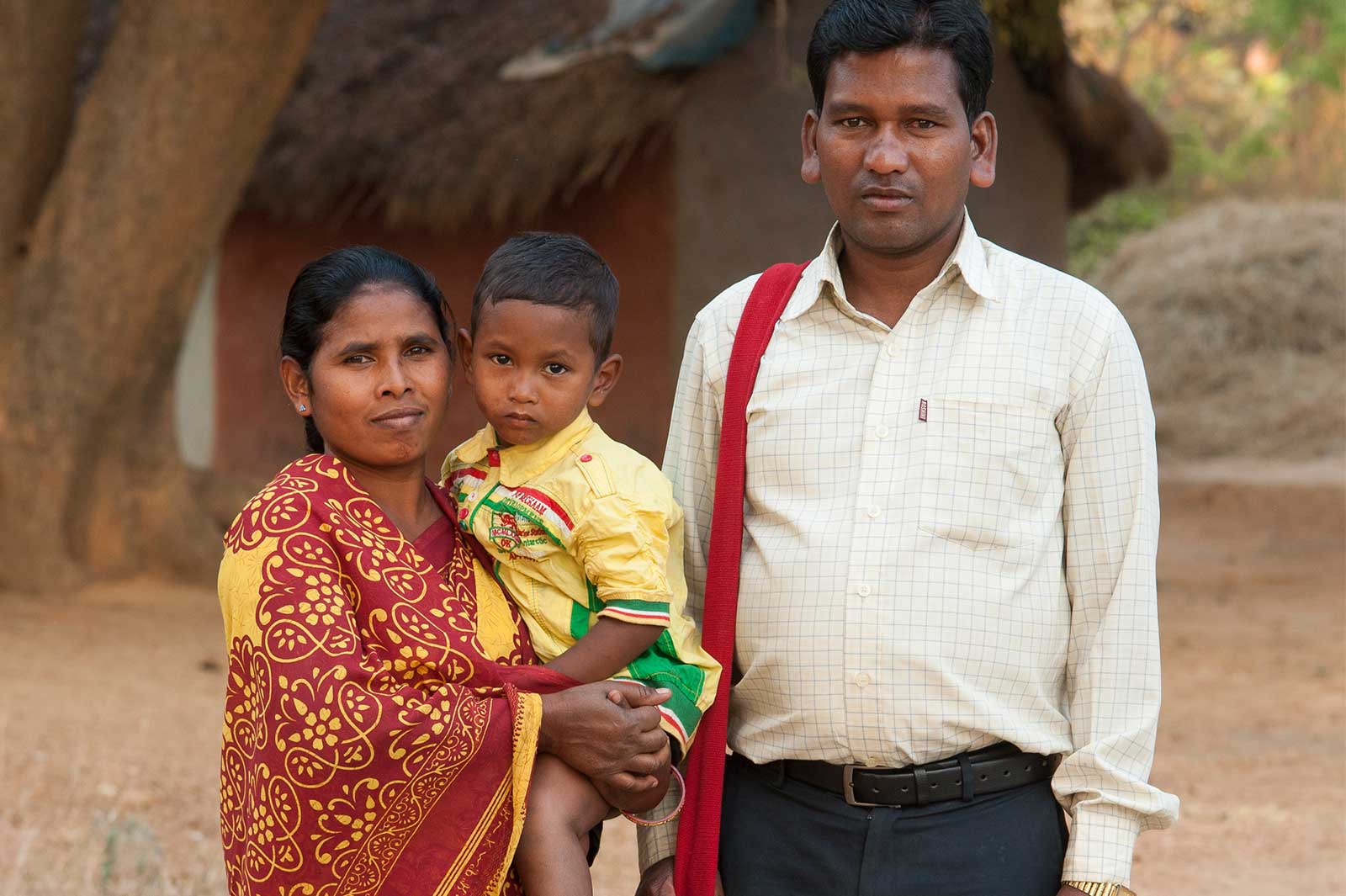 Pastor Shorya and his wife, Aaloka, lead busy lives sharing Christ’s love, encouraging new believers and raising two boys. (Their older son was away at school when the photograph was taken.) 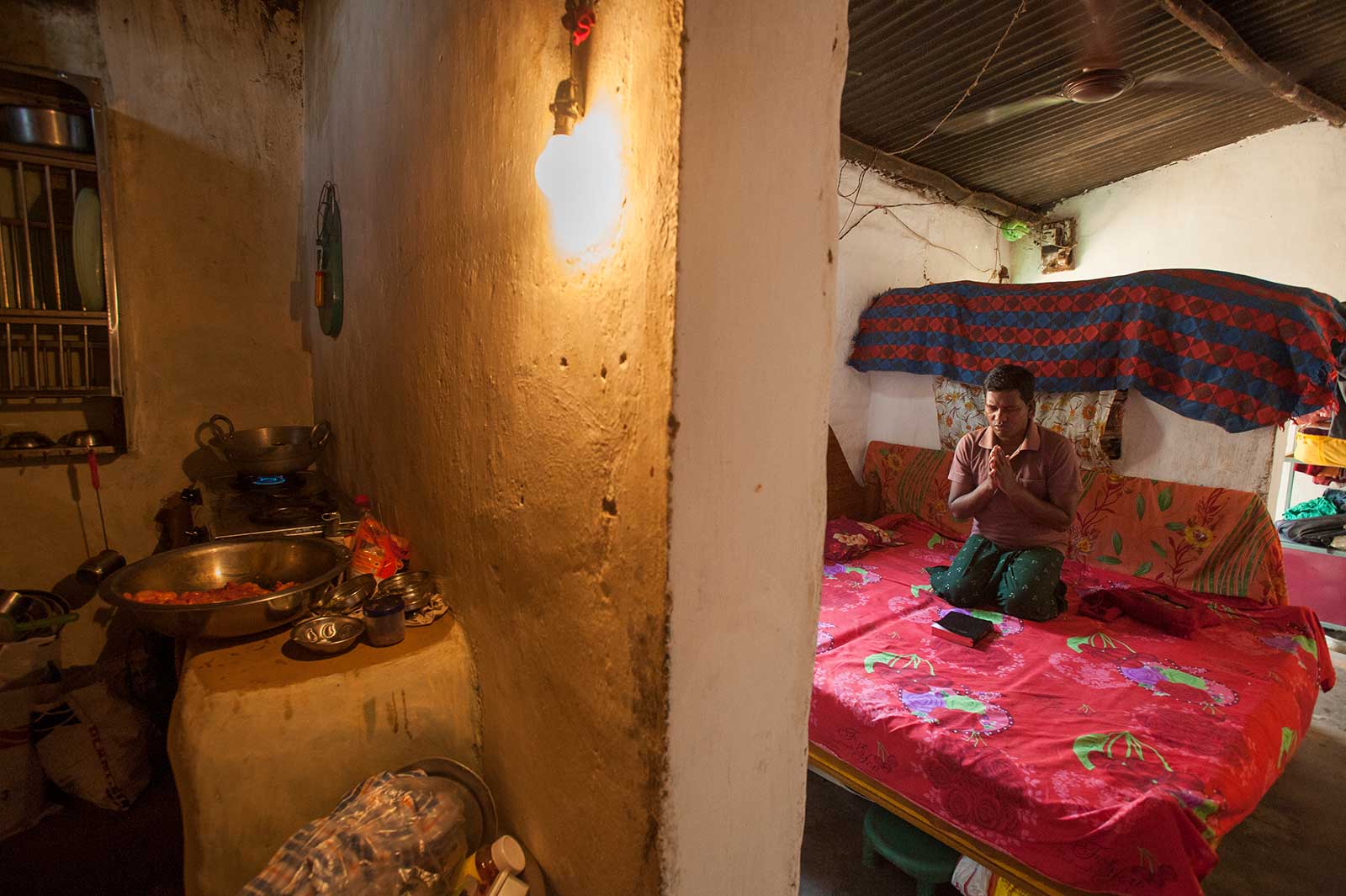 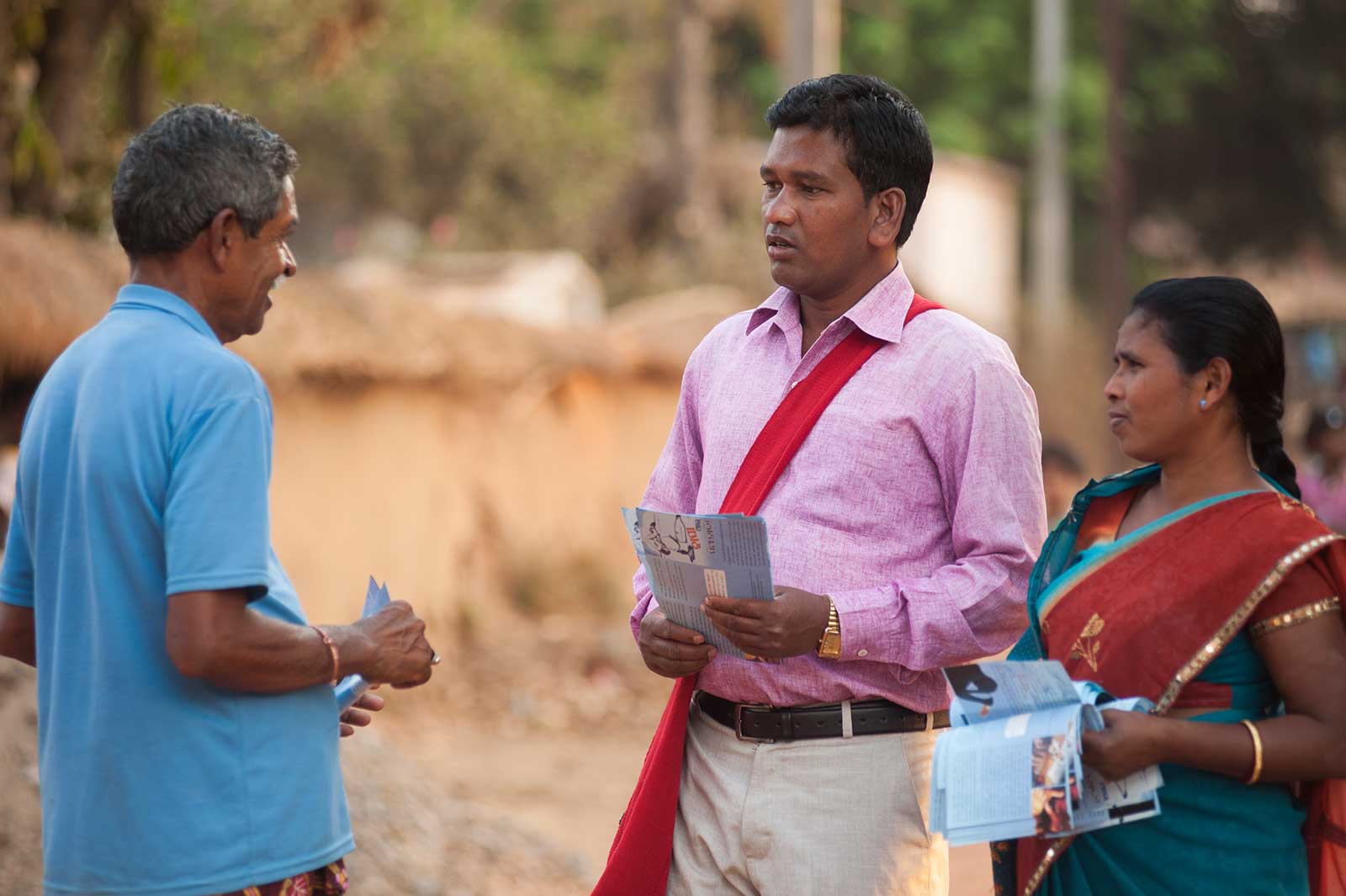 Pastor Shorya and Aaloka take time to talk with a man in one of the villages where they minister. When Pastor Shorya first began visiting Hitansh’s village, he faced opposition because he was a pastor. 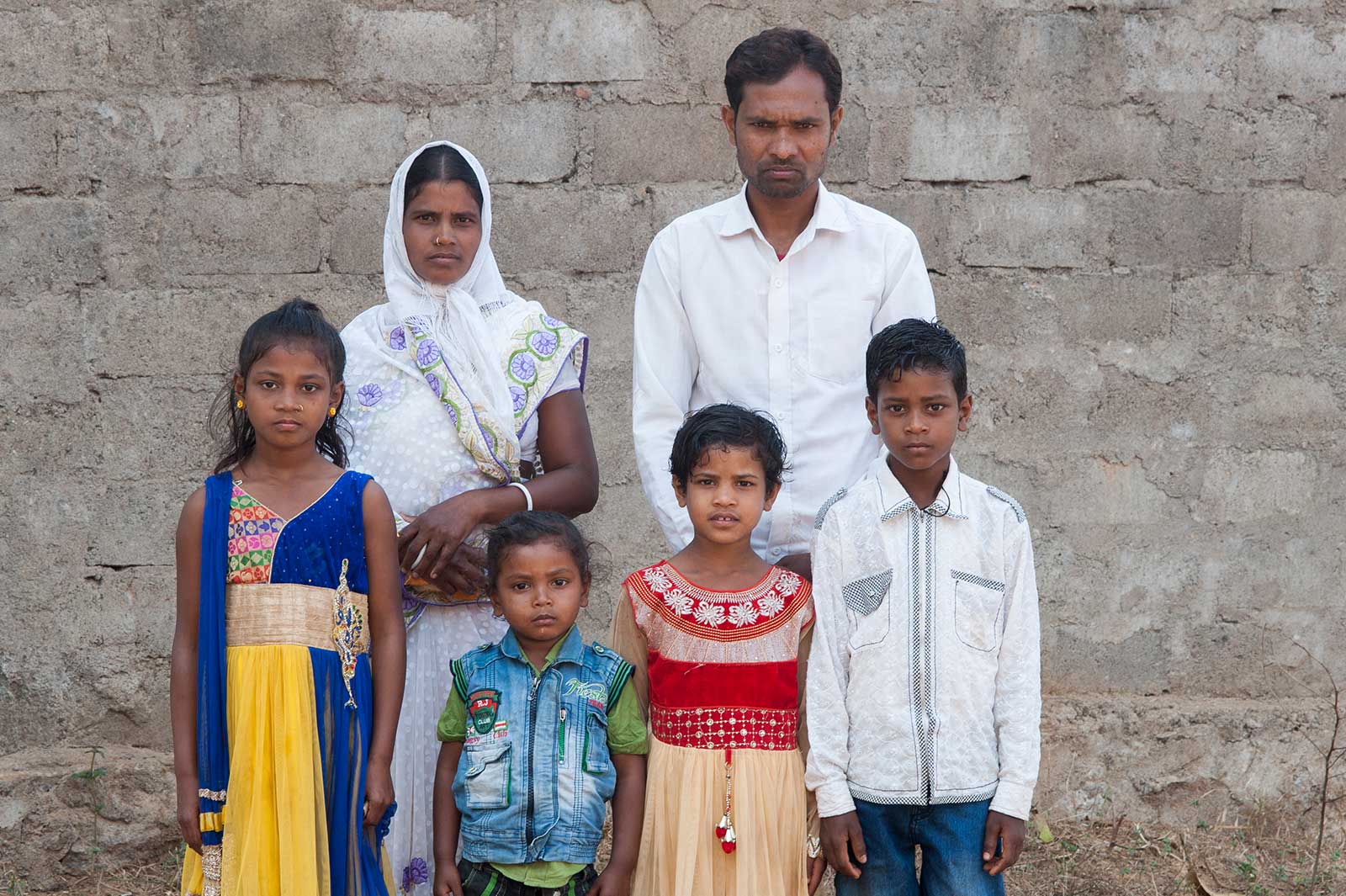 This is Hitansh, along with his wife and children. In part because of his wife’s faith, this former gang member encouraged Pastor Shorya to return to the village. 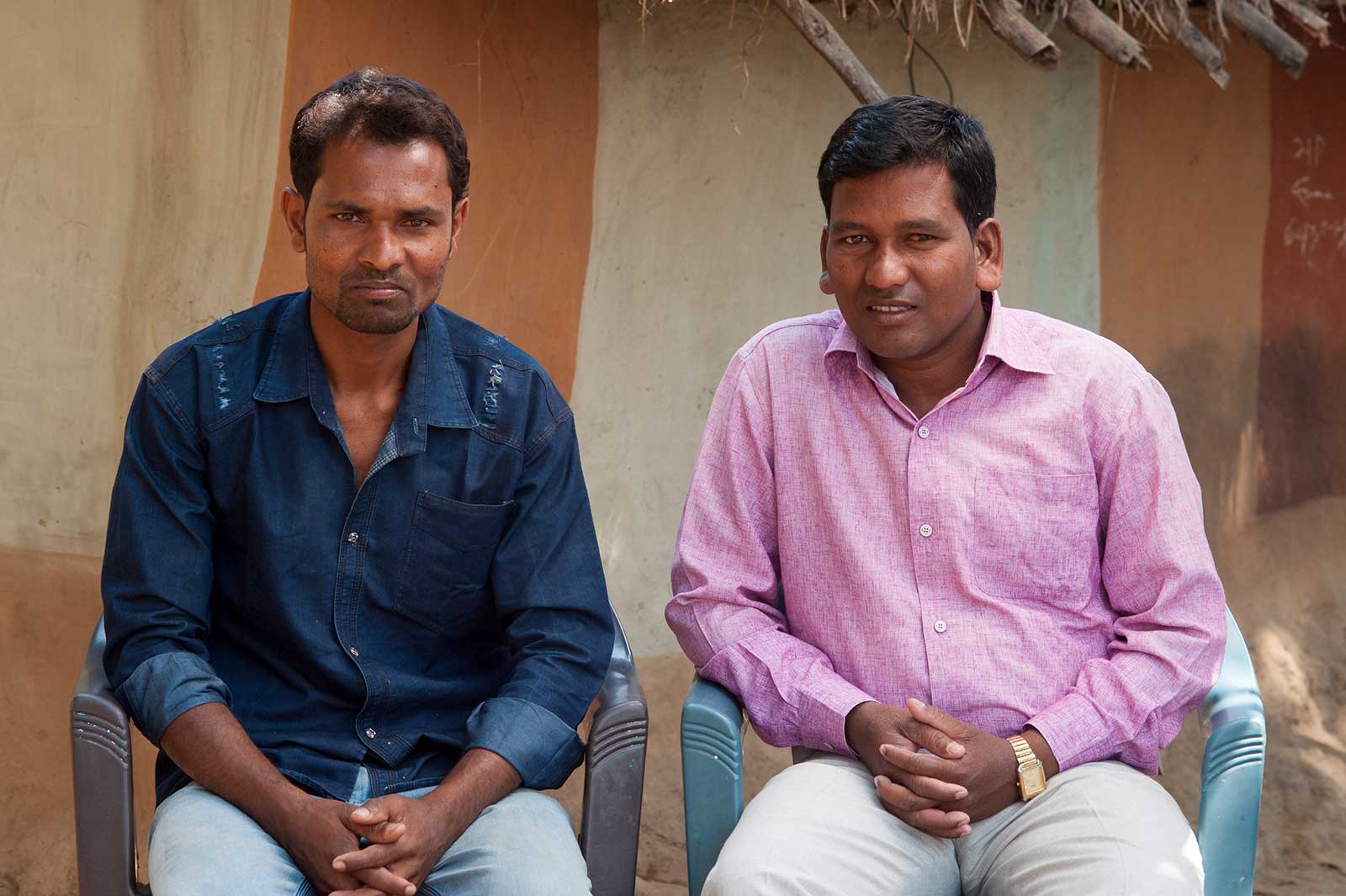 After Hitansh got out of prison, he went to Pastor Shorya to ask him about Jesus. Today, the two remain friends. Pastor Shorya encourages Hitansh in his faith, and Hitansh joins with the pastor to show Christ’s love in the village. 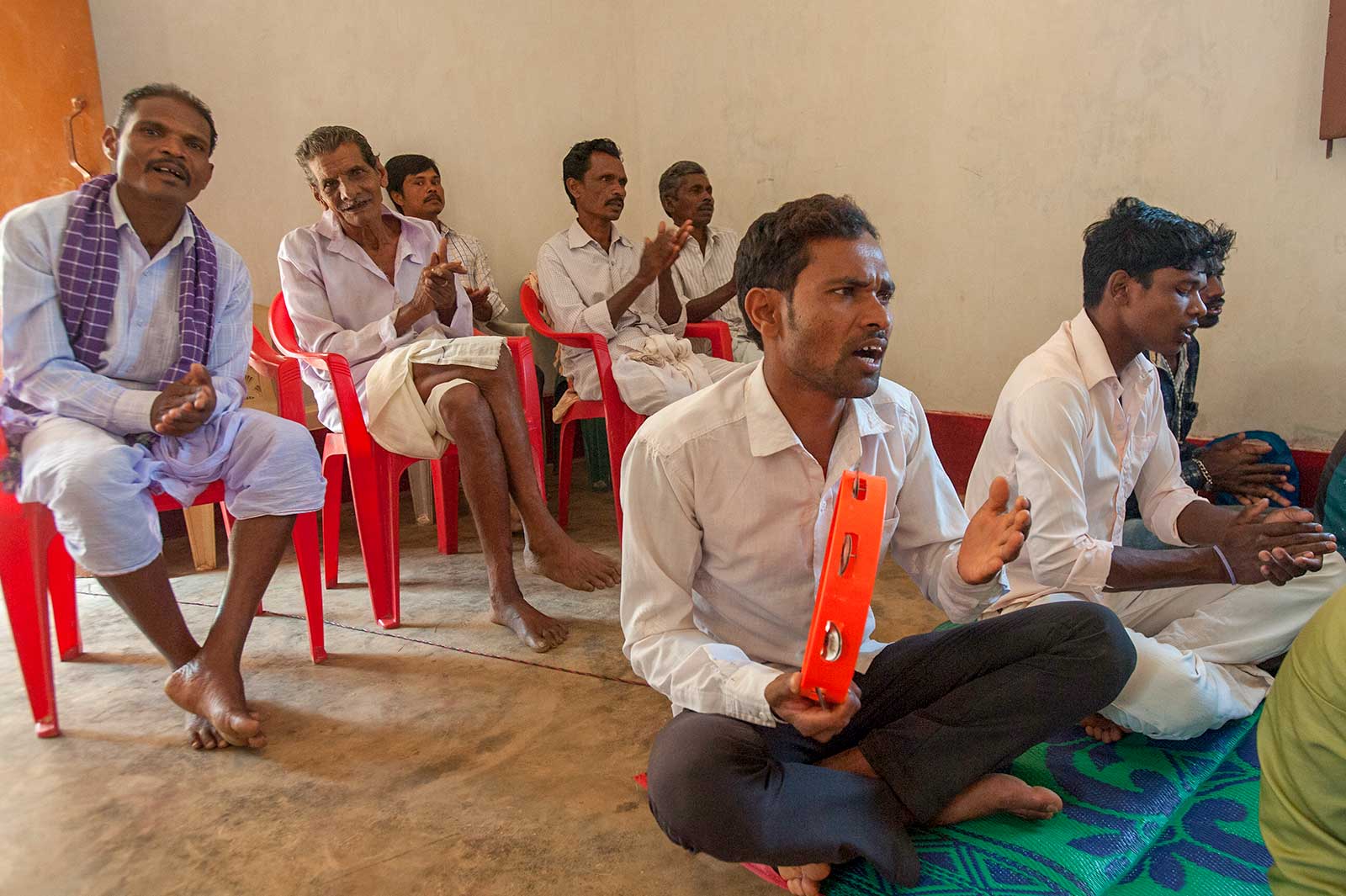 Hitansh actively participates in the life of the local congregation. He plays tambourine during Sunday worship services. 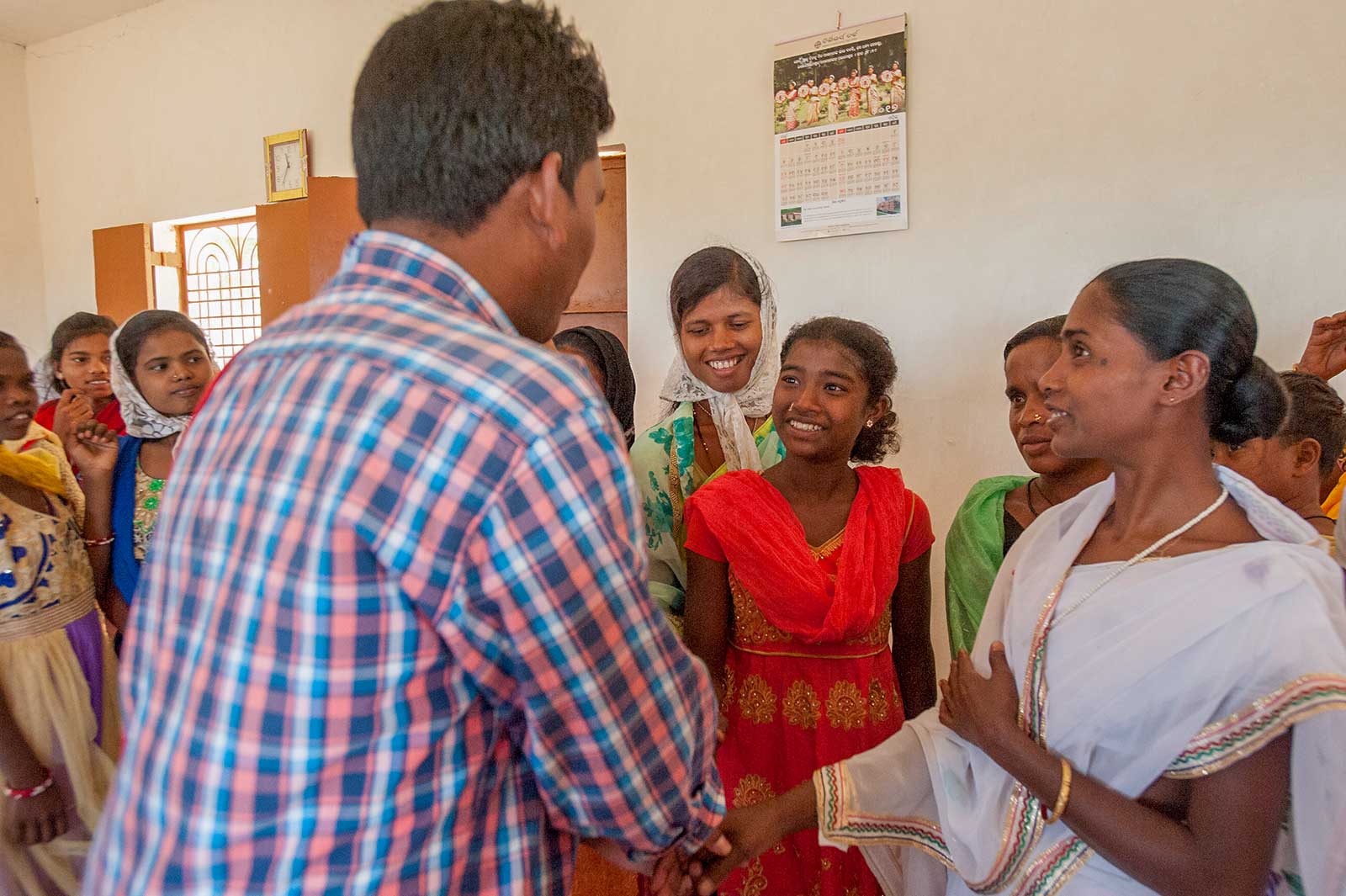 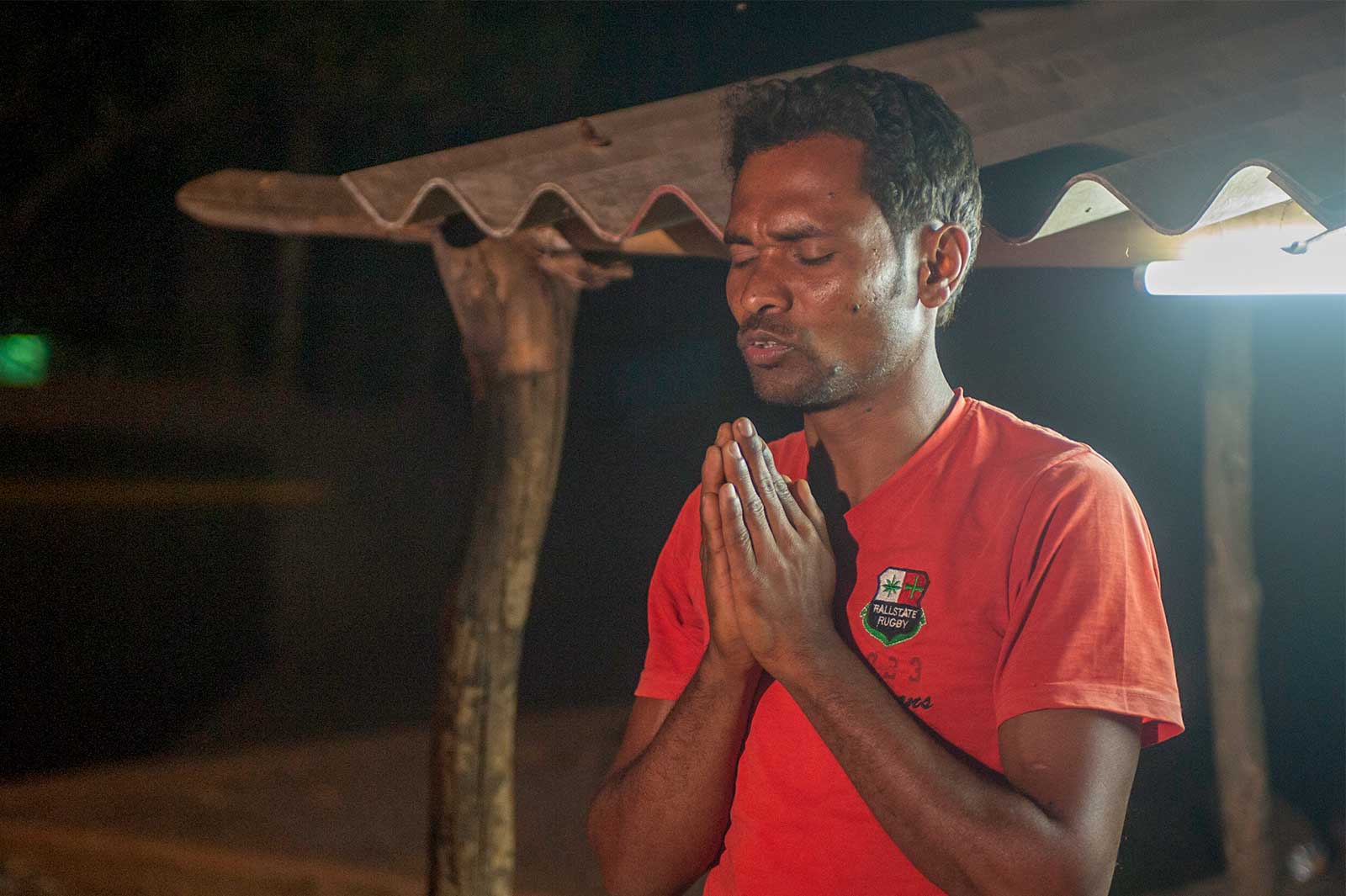 Hitansh is now an example of service to the believers. Here, he opens a prayer meeting held at his home. 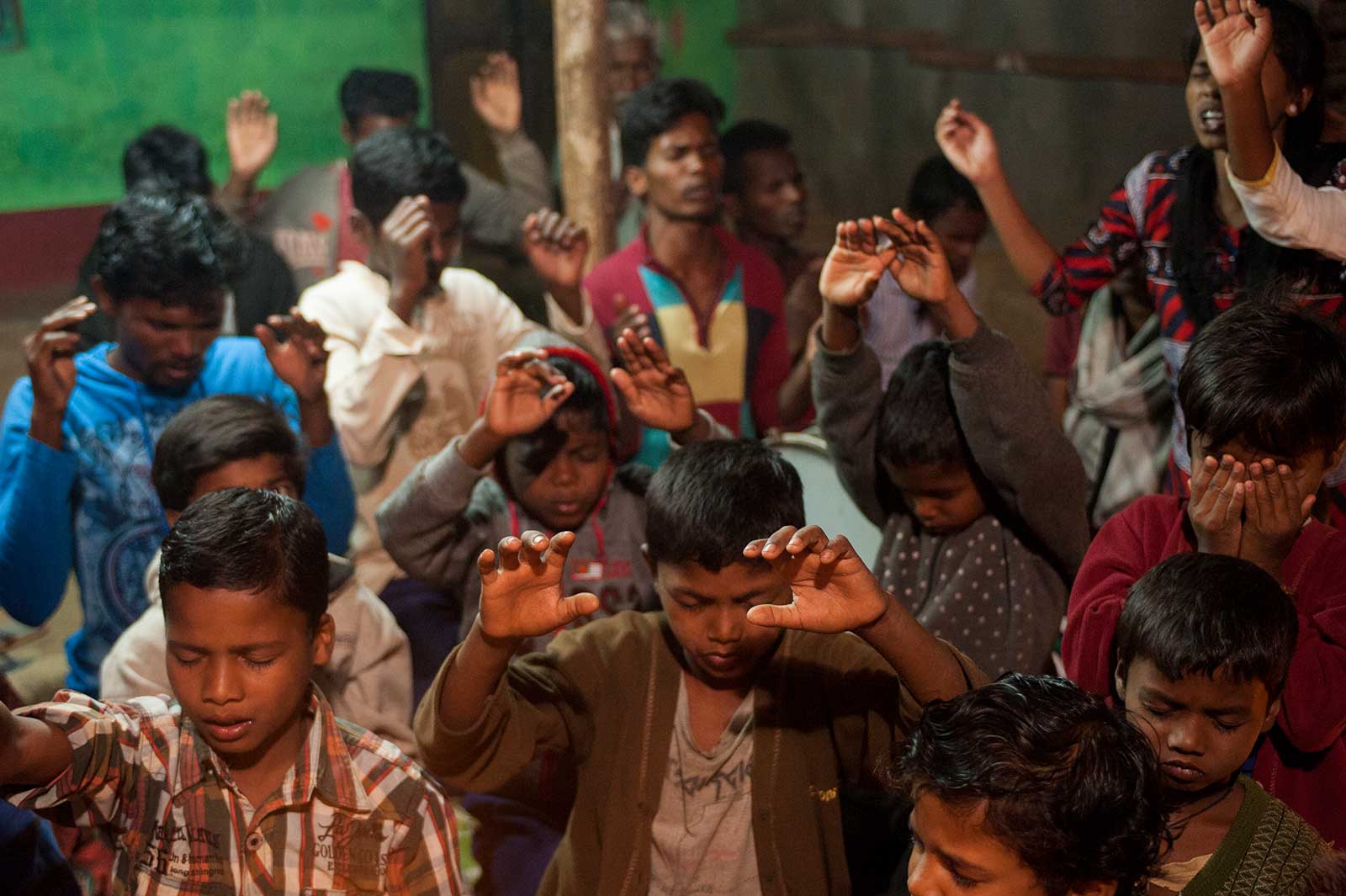 Through Pastor Shorya’s and Hitansh’s faithfulness, many villagers have come to know Christ’s love. Now hope is touching lives from one generation to the next.

Vimal grew up in an agrarian village where most of the locals were farmers, relying on small ponds to irrigate their fields and sustain their livestock. Women relied on the single water well in the village, almost a mile away, for their daily cooking, bathing and cleaning needs. 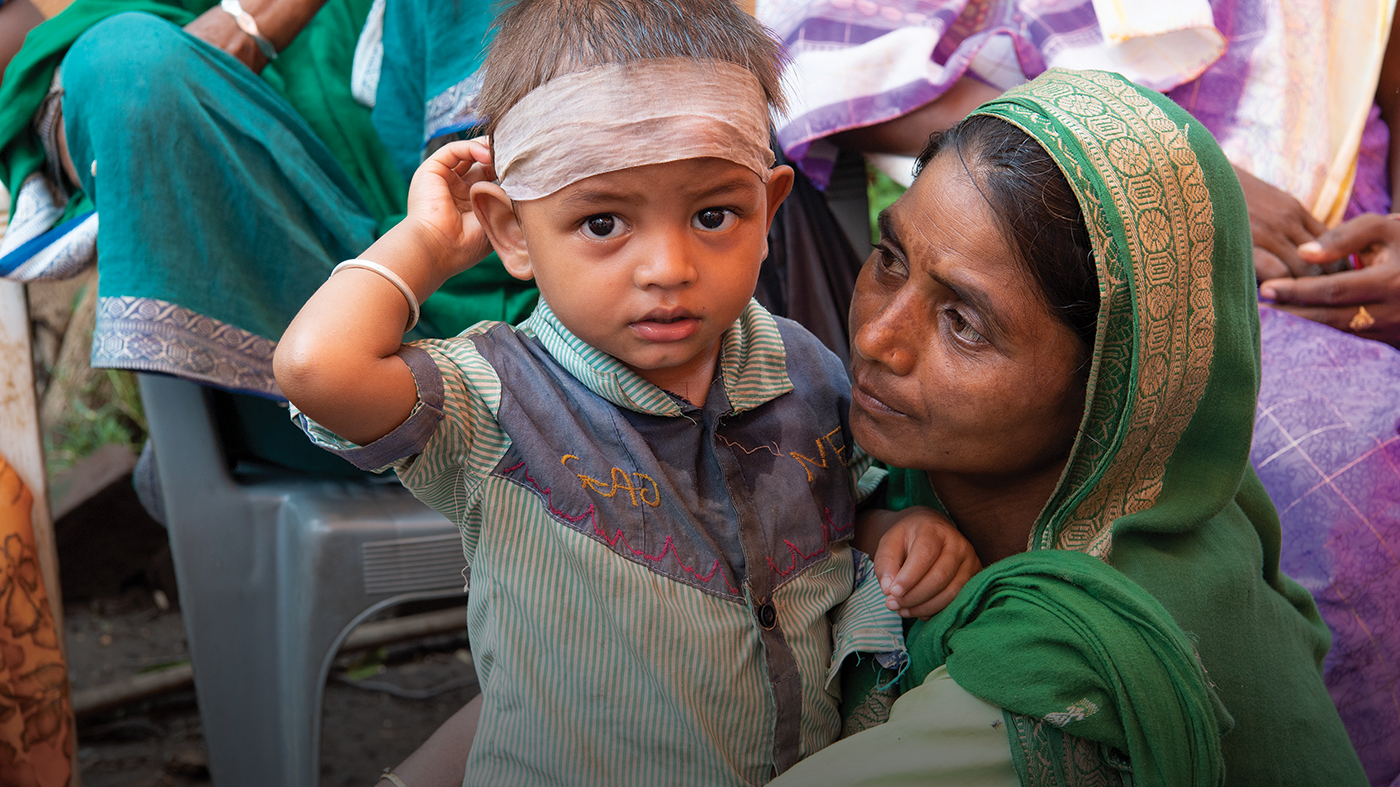 The Only Medical Care They’ll Ever Receive

Aashna squatted on a dirt floor beside brightly clothed women all waiting to see a doctor. Each had different needs, different concerns. For Aashna, this was her only opportunity to help her baby boy.

It was 6 a.m. and the start of a new day for 6-year-old Nihal. He woke up knowing the first thing he had to do was feed the family pigs. It was a menial chore, and it would be his responsibility for the next six years.