At the GFA headquarters in Wills Point, Texas, Shareen clicks open the file of photos sent from the field in Asia. Dozens of images of a national missionary populate her computer screen. She magnifies each picture and tags them “slum,” “prayer,” “national missionary.” Shareen prays for the national missionaries shown in the photos and places them in a file, ready to be used for a GFA publication.

Shareen is a behind-the-scenes missionary, serving with GFA’s Mission Support Team (MST), the crucial link between God’s work on the field in Asia and donors and supporters in the West.

"Our staff here, they are called by God. They live their lives as missionaries behind the scenes."

These behind-the-scenes missionaries are part of a global team, comprising national missionaries, Bridge of Hope staff, Sisters of Compassion and many other national workers serving in countries of great need, and sponsors and donors who want to be part of meeting that need.

Bringing hope to the hopeless and healing to the brokenhearted is the fuel that drives each person in this global partnership. 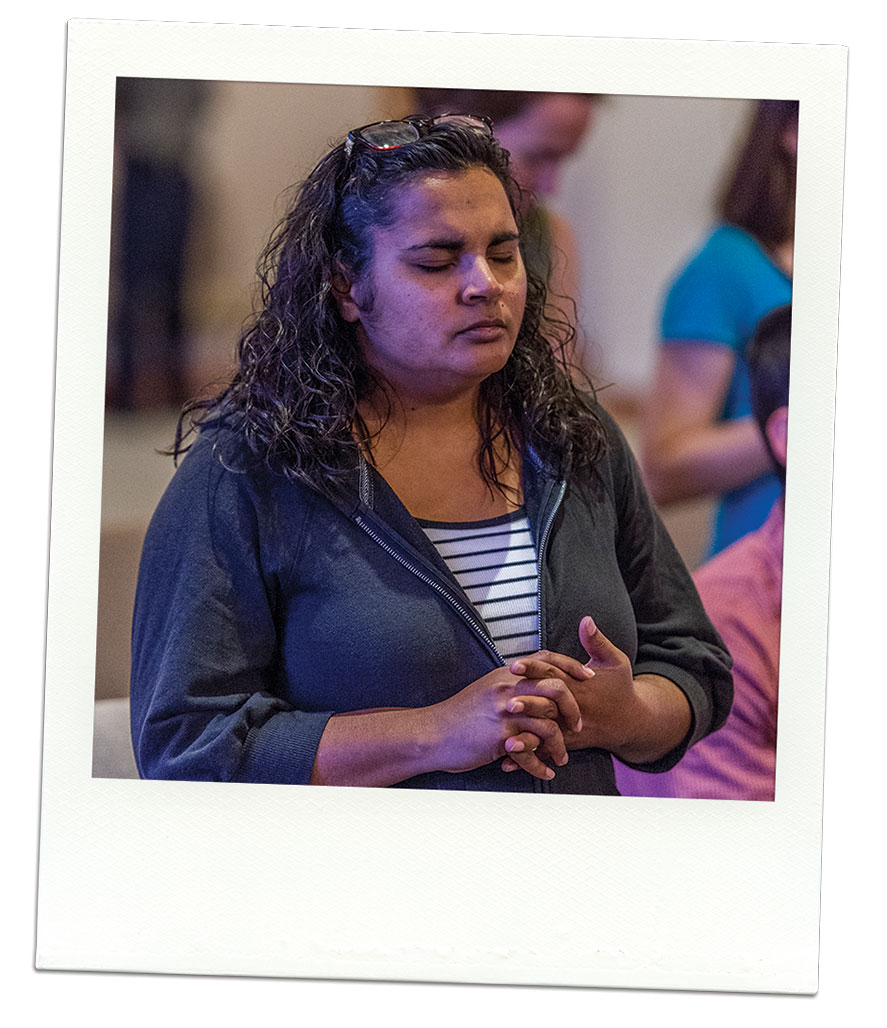 Jenny, one of GFA’s graphic designers, hunches over her touch screen, face lit by the monitor in the dark room. She searches for the perfect image for a national missionary publication. As she clicks through photos, asking the Lord to show her the right one, she opens the file Shareen had prepared. The beaming smile of the national missionary grabs her attention. She drags the photo to the design file for a publication that will be sent to thousands of people across the United States, informing them of the opportunity to support a national missionary.

Jenny grew up at GFA and has been on staff for seven years.

“We empower so many people [on the field],” Jenny says. “And the people we are supporting are doing such amazing work, and the Lord has opened so many doors for them. I remember praying to the Lord that I really wanted to be part of this work. It seemed like the Lord was moving so powerfully, and I wanted to be a part of that: to invest my life where it would make [a huge] impact.”

Sharing the stories of missionaries and Bridge of Hope children is a huge part of what Jenny, Shareen and other MST members do. They inform and educate compassionate people in resourced countries about the opportunities to make a difference in the world. 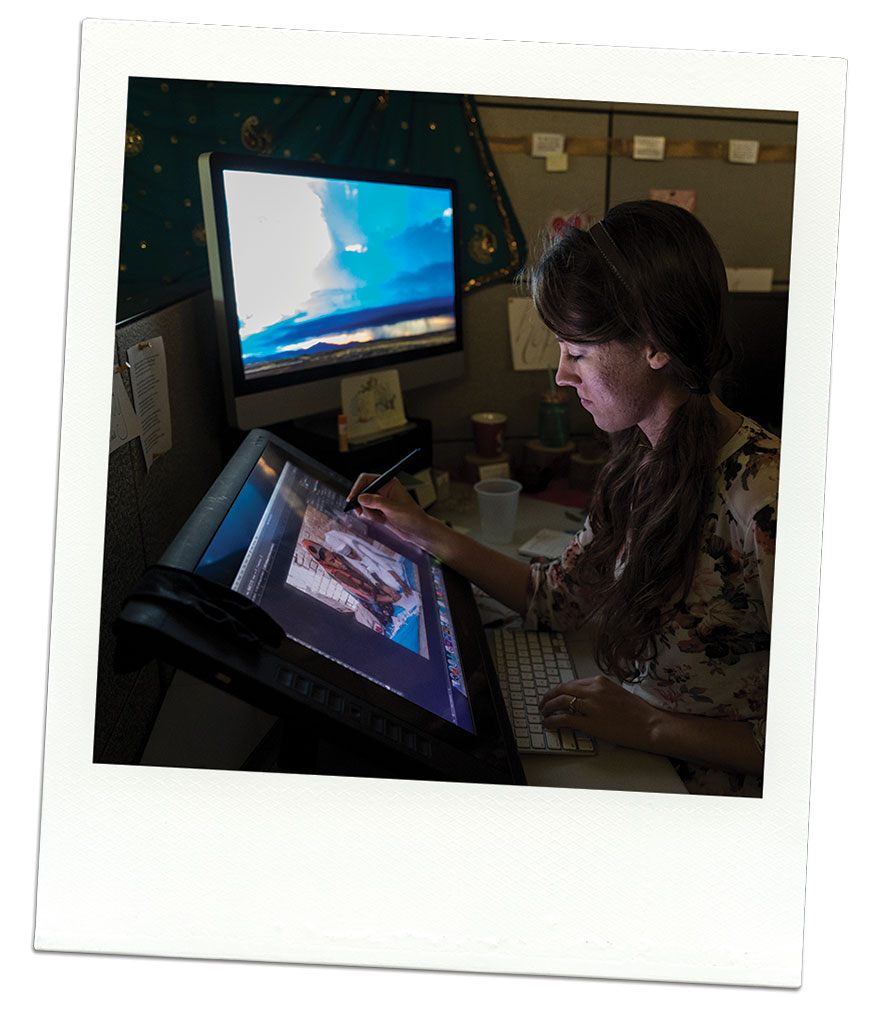 The sound of clacking keyboards creates white noise in Donor Services Department, where gifts are processed at the GFA office. Carolyn, 69, gingerly sips her coffee as she reads the donor’s name on a mailed-in national missionary response card—the same card with the beaming smile that Jenny helped design. This is one of Carolyn’s favorite tasks. She looks through the national missionaries who are in need of support, asking the Lord to help her choose the perfect person for this new supporter. She finds a young man who has the same birth month as his new supporter—perfect!

Carolyn was first exposed to GFA when her two sons filmed a documentary called “Veil of Tears” for the ministry which sheds light on the plight of women in Asia.

“When I saw that film, it just tore my heart out to see these people, women, and how they were treated,” remembers Carolyn. “It really hurt me. Every time I watched, it was so powerful to think these [stories] were real. I always got a box of Kleenex. It really stirred me.”

She was encouraged to see the hope offered to these vulnerable women by missionaries on the field. And now, as a member of MST, she has a part of offering that same hope as she processes gifts to the ministry, including donations for widows and women missionaries.

“That’s really exciting to think [about the] chain reaction of good … from the sponsors, coming here, then going [to Asia], then going to the children,” Carolyn says. “It’s just a great thing … I’m thankful to be one of those vital links in there that keeps it going.”

Connecting lives across the globe is the heart of the Mission Support Team. There are people all over the world who want to help those in need but have no way to do it. These dedicated behind-the-scenes missionaries serve as that link, connecting all those who care to act to those in need. 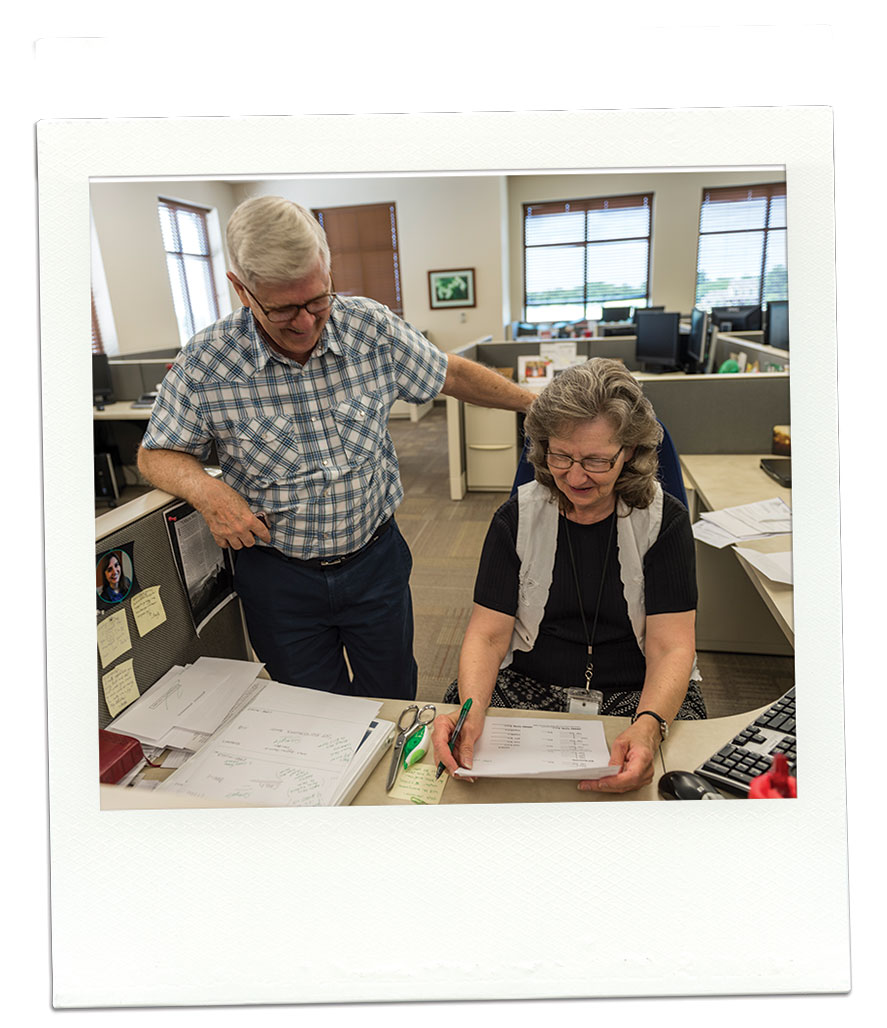 Making a Difference Now and for Eternity

Each individual of the Mission Support Team represents more than 100 missionaries working on the field and more than 500 Bridge of Hope children receiving care. The passion and commitment that drive them are the very same as those driving the missionaries they serve in Asia. MST members have dedicated their lives to serve the hopeless and helpless.

“Every day when I get up in the morning,” Shareen shares, “I’m representing missionaries on the field and kids. It’s definitely pretty awesome to see and know that. When it comes down to it, when I stand before the Lord, this is what my life represents.” 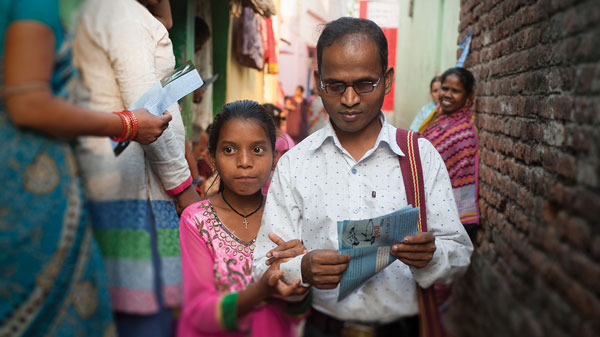 As the bus drove away, Ojas saw his mother running behind, crying. He was leaving home. His new faith had brought them both enough abuse from his father. Ojas was not simply running away from problems; he was heading straight into a life of more searing pain—and greater joys—because of Christ’s love. 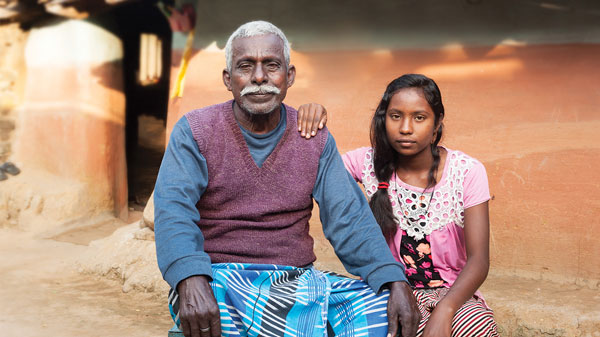 A Life Different than His Own

Balan was only around 7 years old but already thinking about suicide. He spent his days sitting alone in a corner of his parents’ home, a shawl wrapped around him to cover his body. After being diagnosed with leprosy, his mother, father, siblings and the rest of his community excommunicated him.

If God Is, So Then I Will

I had the privilege to be part of the team at GFA that teaches School of Discipleship (SD) students how to share their faith. But it seems like it was just a little while ago that I was a student in the program going through those classes for the first time.