When Suicide Failed, What Next?

Lina walked along her village road with several other people, but she wasn't going where anyone else was. She was on her way to the grave, planning how she could end her life—and hoping it would really work this time.

Outsiders wouldn't guess Lina was just moments from death. For a woman in Asia, she had what people in her culture would consider an unusually good life. She had a husband and two sons, which were an automatic source of honor. Her younger son was getting a good education, and her older one already had a successful job.

But the happiness was all external. Inside, Lina suffered unbearable pain.

Could Poison End Her Silent Torture? 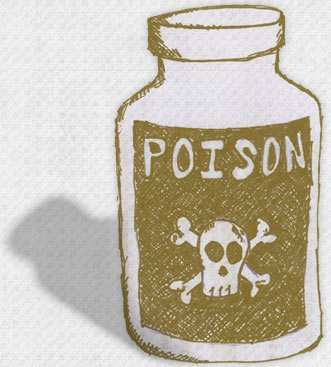 For seven years, Lina had endured the torment of severe internal pain, for which she could find no cause. None of the money her family spent on doctors made a difference; it just added financial strain to the other problems. In fact, the doctors refused to help anymore because they couldn't see any change in her condition.

The hopelessness Lina felt was compounded when her husband started fighting with her. He was angry she couldn't keep up her work around the house.

Hurting without anyone's comfort, Lina chose poison as her escape—twice. But each time, her neighbor found her and got her medical treatment that saved her life. But Lina's helplessness only grew. She couldn't even control whether she lived or died.

Her Final Steps Toward Death

Escape was heavy on Lina's mind as she walked along the road in pain. She hoped each step would bring her closer to the end she was contemplating. However, that day, Lina ran into someone completely unexpected.

The stranger began talking to Lina, probing into her downcast demeanor. Lina started opening up to the woman and shared all about her consuming problems and despair.

The stranger was alarmed that Lina wanted to kill herself, but it wasn't an unusual story. The number of suicides among young to middle-age women in some parts of Asia is devastatingly high—about ten times greater than the world's average suicide rate. 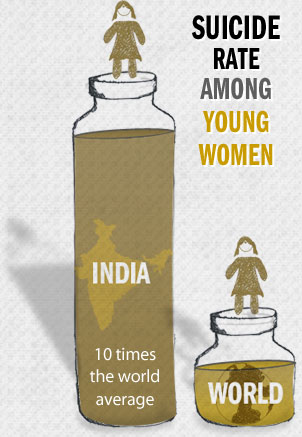 Among young to middle-age women in some regions of India, the suicide rate is 10 times that of the world's average.

Lina's story didn't fall on deaf ears. Her new friend, Charney, was a Gospel for Asia-supported woman missionary, and she immediately met Lina's distress with comfort and a message of hope. Her compassionate words sunk into Lina's heart. It overwhelmed her that maybe, just maybe, there was help for her after all.

Charney invited Lina to a church service where she could further explore the message of hope. At the church, Charney and other believers gathered around Lina to surround her with love and prayers. The Lord answered as they cried out to Him, and He completely took away Lina's pain.

For the first time in seven years, Lina felt whole—and that wholeness extended to her spirit after she chose to embrace the love of Jesus.

She Can't Hide Her Story of Rescue

Lina's neighbors, who once knew her as the desperate lady who wanted to kill herself, suddenly saw a healthy, joyful woman. They had to know what had changed!

Her testimony spread through the village, and Lina started to see change in her family as well. The whole environment of her home became more peaceful. She knew the Lord hadn't finished working in them—or in her.

Women Missionaries Set Her on Path to New Future

Lina's physical and spiritual pain ended. But her new family at church had even more to offer her.

In Charney and the other Christian women, Lina found accountability and a network of support to help her grow in the Lord. These women would be there to encourage Lina if she faced opposition for her faith.

Thanks to Charney's ministry, Lina has found a new, abundant life full of potential. She is eager to go out and make sure other women know they are not alone.

You can help rescue more women in the nick of time by partnering with missionaries today.