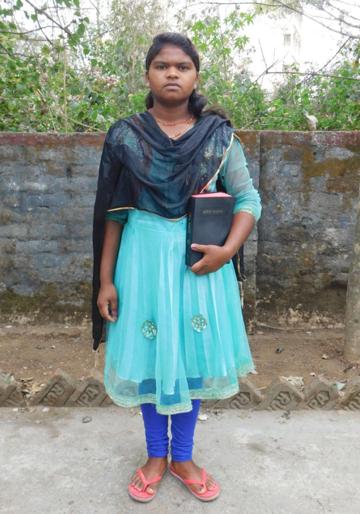 How I Came to Know Christ

I was born on 26-November-1997, into a Hindu family in Jharkhand, India. I have grandparents and an older sister. When I was three years old, my parents received Jesus Christ as their Savior. We were the only Christian family in our village and the rest of the villagers followed Hinduism.

As years went by, my mother suffered from a severe headache. She visited several hospitals for checkup and was under medication, but there was no sign of improvement. At that time, my family faced a lot of problems. Moreover, there was no one to help us since all our villagers were from Hindu background. Finally, my mother’s condition became worse and she passed away due to her sickness.

After the demise of my mother, people started to mock at my father saying that he became a Christian and that was the reason he lost his wife. Hearing all those words, my father was very much discouraged and began to drink alcohol. Since then, he did not take care of us and left us all alone and went to other state. During such difficult situation, an elderly woman felt pity on us and she took care of us for a while. Later, my grandfather came and took us to his home. After staying in my grandfather’s house, I got a chance to attend the Sunday school and church services. Fortunately, I met a Sunday school teacher who always would talk about Jesus. Through her guidance and inspiration, I was convinced to believe in Jesus and realized the need of salvation in my life. Thus, I confessed my sins and received Jesus as my personal Savior. A few months later, I received water baptism as a public testimony of my faith in Christ.

Since then, my heart was filled with peace and joy. As I was actively involved in all the spiritual activities of the church, I decided to serve the Lord till the end of my life. Then, I prayed to God to open a way for me so that I could serve Him. Soon, the Lord answered my prayer and confirmed His calling in my life. With the help of a pastor, I enrolled in a Bible School to equip myself for the ministry. After completing my studies, I joined the ministries to extend the Lord's kingdom.

How I am Serving the Lord

Presently, I am serving the Lord as a Bible woman in India, where the majority of the people are Hindus. To share God’s love with the unreached people, I go for outreaches and personal evangelism, house visitation, praying for the sick and needy ones. At the same time, I am involved in Sunday school and women’s fellowship ministry.

Please pray for me as I serve the Lord among the unreached. 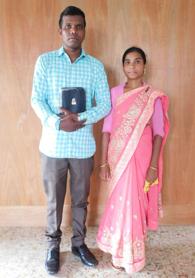 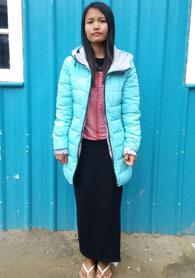