I was born into a non-Christian family in India. I have parents and two older brothers. My parents were devout followers of our religion. I too followed their footsteps and learned to be devoted to the religion.

Sadly my sister-in-law fell sick and was in a critical condition. Despite various medications, there was no good result. Finally, a pastor visited our house and prayed for her healing. As a result, my sister-in-law was cured completely. After this incident, my entire family gave their lives to Jesus. However, I was reluctant to follow the Lord.

After a few months, I suffered from a certain sickness. I was taken to the hospital but to no avail. Day after day, my condition was worsening. At that time, the pastor and my brothers encouraged me to believe in the Lord and prayed for me. When they prayed for me, I felt divine touch in my body and I was healed. Eventually, I confessed my sins and received Jesus as my Savior.

As time passed by, a great desire grew in my heart to study God’s Word and serve Him. I upheld this matter in prayer and the Lord confirmed my calling for His service. Soon, He opened a way for me to enroll in a Bible School to study the Word in-depth. After my training, I joined the ministry to extend the Lord’s kingdom. 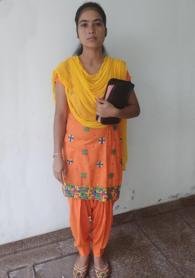 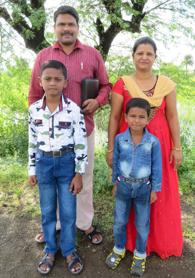