Gifts for the Poor

Each of the items in this category is truly a gift of compassion. Some gifts generate income for years to come, while others meet immediate practical needs and could save lives. In addition, recipients have a chance to experience the redemptive love of Jesus—the best gift they could ever receive.

All Gifts for the Poor 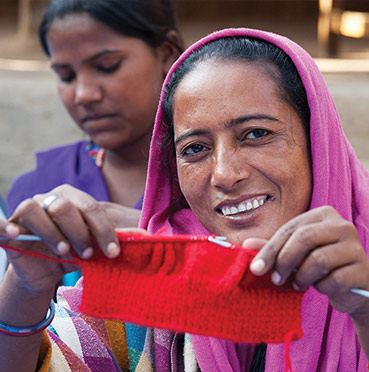 Vocational training courses train people for occupations such as tailoring or candle making. The classes help people get better jobs so they can break out of the cycle of poverty and provide better lives for their families. 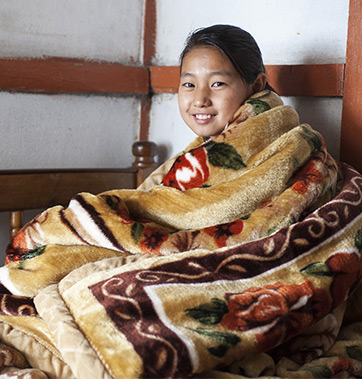 Most families in the impoverished areas in which GFA serves have little or no insulation or heating in their homes. Those who sleep on the streets are even more exposed to the cold. Blankets provide comfort and protection and serve as tangible expressions of Christ’s love.

“This is one of my most favorite things to do this time of the year! I can hardly wait to get to heaven to hear the stories of how clean water saved lives or a pair of chickens sustained a family or how a blanket kept someone warm for the winter.” —Denise, a donor from Iowa 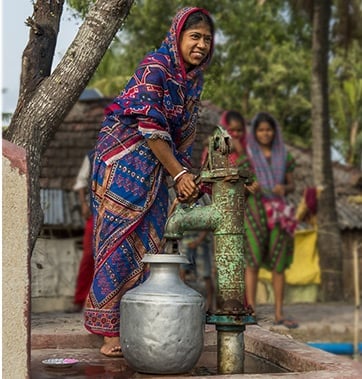 Pastors serving near Jesus Wells are able to share about the Living Water mentioned on the well’s plaque. Providing safe water—either by drilling a new well or maintaining existing wells—is a practical way to show communities how much God and His children care for all people!

“I believe that God will do a miracle, that through this Jesus Well many people will come and glorify His name.” —Jaevin, a GFA pastor whose community received a Jesus Well

$1,400 provides a well that produces clean water for an entire community, saving people from waterborne diseases for years. $30 can help a family of 6 people, $300 can help 10 families, and $1,400 can help an entire village. 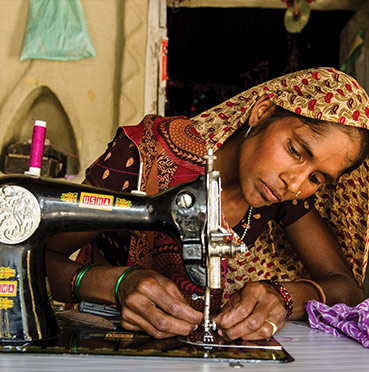 Many impoverished women lack education and this limits their job opportunities. If a woman has lost her husband, or if he doesn’t earn enough, she may be powerless to provide for herself and her children. A sewing machine can allow her to start a productive business and meet her family’s needs.

“I am from a long line of avid seamstresses. … I am soooo happy to be able to give the gift of a sewing machine. ... THANKS for making this opportunity possible and training the recipient of this machine. May God bless and prosper the recipient.” —Carolyn from Delaware 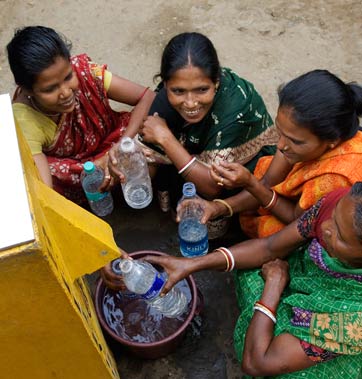 Many people in the areas we serve do not have clean water and as a result battle waterborne illnesses—or even succumb to death. Made with simple materials, BioSand water filters remove 98 percent of biological impurities, providing safe water for drinking and cooking for a family and often for neighbors too! The clean water will improve health and hygiene and will give peace of mind—all of which are expressions of Christ’s care.

“Now, no more struggle! Having a BioSand water filter was beyond our imagination.” —Erina, mother of three from Asia 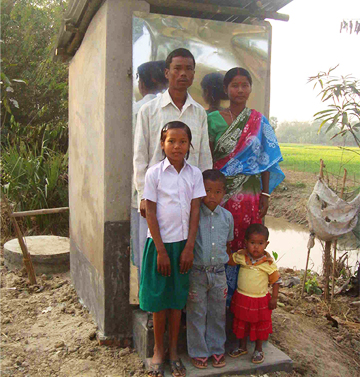 More than a billion people worldwide have no choice but to go to the bathroom out in the open, which poses many risks, especially for women and girls who venture into open fields under the cover of darkness. Private outdoor toilets spare families from disease found at communal waste grounds and protects the dignity of men and women.

“I used to feel so much shame to use the bathroom outside, but … a toilet [was built] in my village, and I don't have any more shame.”—An 11-year-old boy

You can provide a family with an outdoor toilet for only $540, or you can help share the cost with your gift of $54. 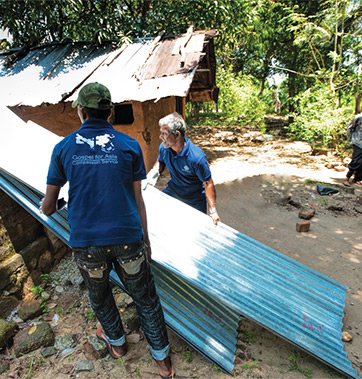 Roofs made of thatch are a common sight across Asia and Africa, but they don’t offer good protection from annual monsoon rains, which means families must spend precious resources repairing or replacing their possessions. These lightweight, sturdy tin roofs give needy families a safe, dry place to call home.

“We could see God’s love and God’s grace and mercy in our life through this Christmas gift. Because of this Christmas gift, my trust and faith in the Lord now is deeper.” —Abria, whose husband received tin sheets to fix their badly leaking roof 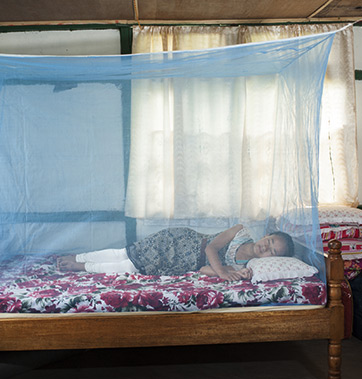 Malaria is transmitted through the bite of an infected mosquito. Mosquito nets save lives and offer a restful night’s sleep, free from the sting of disease-laden mosquitoes.

“We are five members in our home. We have one net, which is not enough for all of us, and also we sleep on the mud floor. The whole night I have to shoo off mosquitoes with clothes to save my little children from mosquito bites. But I am extremely happy to receive a mosquito net today.” —Kalani, a mother whose family is now protected from mosquitoes at night 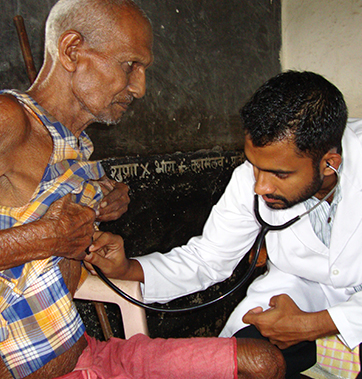 Through medical ministry, families that lack access to medication or have never been taught basic hygiene can receive life-saving treatment and health education, all in the name of the Great Physician: Jesus Christ. 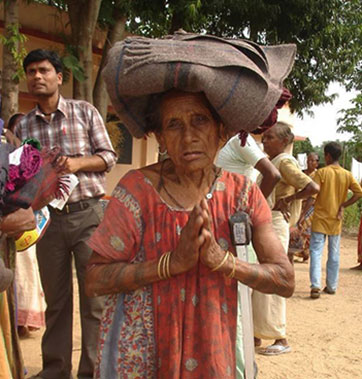 When you give to Compassion Services, you help meet the needs of people in desperate situations. With your gift, GFA missionaries can minister in slums and leprosy colonies, bring medical care to remote communities and provide practical, hope-filled relief supplies after a disaster, all revealing God’s compassion and care to burdened and broken individuals.

“[GFA World] has a rich legacy of being responsive to humanitarian crises, doing these initiatives in various parts of the country. [We] hope to make a difference to the vulnerable and marginalized and hope they overcome these unprecedented circumstances.” —Laini, a national missionary 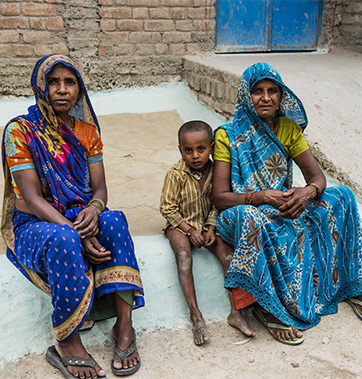 In many areas we serve, widows are an invisible part of society. They are commonly ignored, rejected and even cursed in some regions, believed to be the cause of their husbands’ deaths. Their own upbringing often leads them to believe those same things about themselves. Even women who have been abandoned by their husbands face the same sudden crisis as that of widows.

Also, millions of children must fend for themselves either as orphans, runaways or sons and daughters abandoned by their parents. Alone and unprotected, widows and abandoned children face immense practical and emotional hardships. But the Body of Christ can offer support and hope. When you give to help Widows and Abandoned Children, you can provide things like food, shelter, income-generating gifts, dignity and God’s compassion to women and children in need.

“And the King will answer and say to them, ‘Assuredly, I say to you, inasmuch as you did it to one of the least of these My brethren, you did it to Me.’ ” —Matthew 25:40 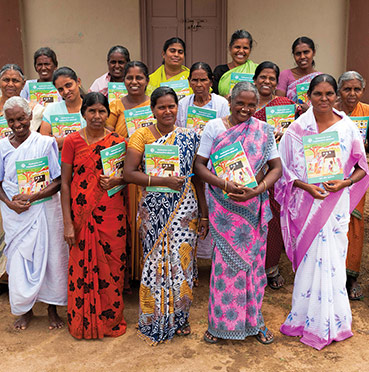 When women learn to read, they can avoid harmful labor contracts, understand warning labels and avoid being cheated at the marketplace. GFA World supports literacy classes that teach women how to read and write. After they graduate from these literacy classes, they're are also able to read God’s Word and can grow in their relationship with Him. Your gift towards literacy can help enable women to protect themselves and keep their families healthy while also equipping them to draw closer to God.

Give In Honor Cards to Your Loved Ones

Giving your gift in honor of a friend or loved one? Use these cards to let them know you gave a life-changing gift in their honor!

Mailed to you
Learn more

Order up to 10 free In Honor cards during your donation checkout process. We will mail them to you, and you can give them to your loved ones. Click the images below to view the cards available for order. U.S. and Canada only.

Select from the following designs. One is for children and the other for adults. Allow 1-2 weeks for delivery. Cards ordered after Dec. 15 will not arrive before Christmas

Click the images below to view a larger size.

If you’re giving a gift in honor of a friend or loved one, bless them with a GFA Christmas card. After checkout, you may personalize a card for each item and print out on your printer. Then you can hand deliver or send them to your loved ones.

Click the image below to view a larger size. 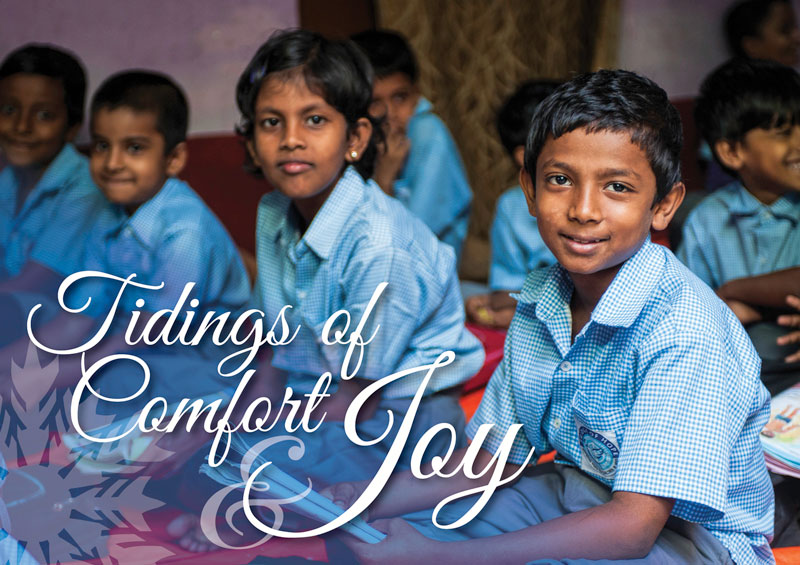 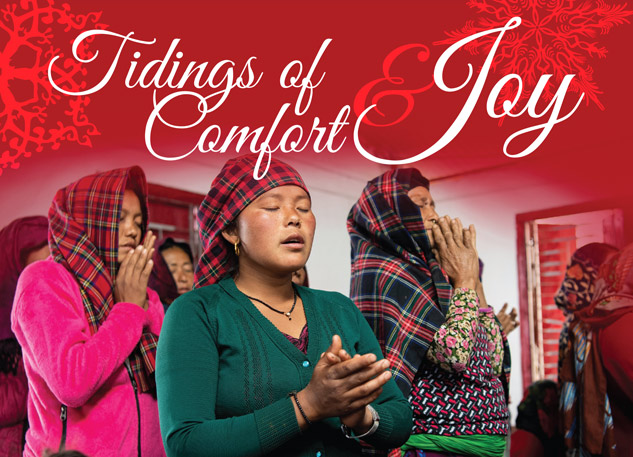 If you would like to pay by check, you can download this form and mail directly to:

*Note: To be eligible for 2023’s tax deduction, mailed donations must be postmarked by December 31.