You alone I follow, Lord Jesus; You heal my wounds. For what shall separate me from the love of God, which is in You? Shall tribulation, or distress, or famine? I am held fast as though by nails and fettered by the bonds of charity. Remove from me, O Lord Jesus, with Your powerful sword, the corruption of my sins. Secure me in the bonds of Your love; cut away what is corrupt in me. Come quickly and make an end of my many hidden and secret afflictions. Open the wound lest the evil sickness spread. With Your purity, cleanse in me all that is stained. Hear me, O you earthly men, who in your sins bring forth drunken thoughts: I have found a Physician. He dwells in heaven and distributes His healing on earth. He alone can heal my pains who Himself has none. He alone who knows what is hidden can take away the grief of my heart and the fear of my soul: Jesus Christ. Christ is grace! Christ is life! Christ is resurrection! Amen.
— St. Ambrose of Milan

Ha! You who hide a plan too deep for the Lord,
whose deeds are in the dark,
and who say, ‘Who sees us? Who knows us?’
You turn things upside down!
Shall the potter be regarded as the clay?
Shall the thing made say of its maker,
‘He did not make me’;
or the thing formed say of the one who formed it,
‘He has no understanding’?

Hope for the Future

Shall not Lebanon in a very little while
become a fruitful field,
and the fruitful field be regarded as a forest?
On that day the deaf shall hear
the words of a scroll,
and out of their gloom and darkness
the eyes of the blind shall see.
The meek shall obtain fresh joy in the Lord,
and the neediest people shall exult in the Holy One of Israel.
For the tyrant shall be no more,
and the scoffer shall cease to be;
all those alert to do evil shall be cut off—
those who cause a person to lose a lawsuit,
who set a trap for the arbiter in the gate,
and without grounds deny justice to the one in the right.

Therefore thus says the Lord, who redeemed Abraham, concerning the house of Jacob:

No longer shall Jacob be ashamed,
no longer shall his face grow pale.
For when he sees his children,
the work of my hands, in his midst,
they will sanctify my name;
they will sanctify the Holy One of Jacob,
and will stand in awe of the God of Israel.
And those who err in spirit will come to understanding,
and those who grumble will accept instruction.

A Call to Worship and Obedience

O come, let us sing to the Lord;
let us make a joyful noise to the rock of our salvation!
Let us come into his presence with thanksgiving;
let us make a joyful noise to him with songs of praise!
For the Lord is a great God,
and a great King above all gods.
In his hand are the depths of the earth;
the heights of the mountains are his also.
The sea is his, for he made it,
and the dry land, which his hands have formed.

O come, let us worship and bow down,
let us kneel before the Lord, our Maker!
For he is our God,
and we are the people of his pasture,
and the sheep of his hand.

O that today you would listen to his voice!
Do not harden your hearts, as at Meribah,
as on the day at Massah in the wilderness,
when your ancestors tested me,
and put me to the proof, though they had seen my work.
For forty years I loathed that generation
and said, ‘They are a people whose hearts go astray,
and they do not regard my ways.’
Therefore in my anger I swore,
‘They shall not enter my rest.’

The Gift of Love

Love is patient; love is kind; love is not envious or boastful or arrogant or rude. It does not insist on its own way; it is not irritable or resentful; it does not rejoice in wrongdoing, but rejoices in the truth. It bears all things, believes all things, hopes all things, endures all things.

Then Peter came and said to him, ‘Lord, if another member of the church sins against me, how often should I forgive? As many as seven times?’ Jesus said to him, ‘Not seven times, but, I tell you, seventy-seven times.

The Parable of the Unforgiving Servant

‘For this reason the kingdom of heaven may be compared to a king who wished to settle accounts with his slaves. When he began the reckoning, one who owed him ten thousand talents was brought to him; and, as he could not pay, his lord ordered him to be sold, together with his wife and children and all his possessions, and payment to be made. So the slave fell on his knees before him, saying, “Have patience with me, and I will pay you everything.” And out of pity for him, the lord of that slave released him and forgave him the debt. But that same slave, as he went out, came upon one of his fellow-slaves who owed him a hundred denarii; and seizing him by the throat, he said, “Pay what you owe.” Then his fellow-slave fell down and pleaded with him, “Have patience with me, and I will pay you.” But he refused; then he went and threw him into prison until he should pay the debt. When his fellow-slaves saw what had happened, they were greatly distressed, and they went and reported to their lord all that had taken place. Then his lord summoned him and said to him, “You wicked slave! I forgave you all that debt because you pleaded with me. Should you not have had mercy on your fellow-slave, as I had mercy on you?” And in anger his lord handed him over to be tortured until he should pay his entire debt. So my heavenly Father will also do to every one of you, if you do not forgive your brother or sister from your heart.’

“The measure in which we will allow the cross to operate in our lives, to bring death to our own selfish ambitions, our ways, our rights, our reputation, our interests, in the same measure only will Christ manifest His life through us.”
— excerpt from Living in the Light of Eternity
— Metropolitan Yohan

“Devils take great delight in fullness, and drunkenness and bodily comfort. Fasting possesses great power and it works glorious things. To fast is to banquet with angels.”
— Saint Polycarp of Smyrna (80-167) 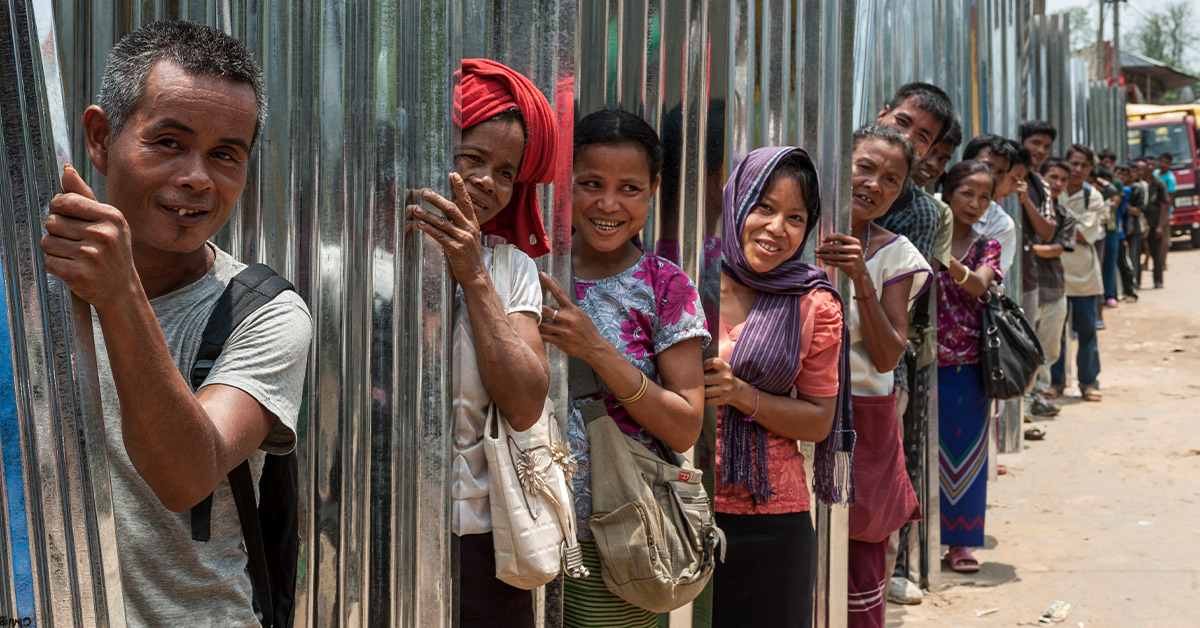 Another hard day’s work. Another argument with her husband. Another night Dahiana’s five children would go to bed hungry.

Dahiana sat in the small structure they called home. Water dripped from the leaky roof above. Perhaps, as an agricultural worker, Dahiana should have been grateful for the rain that would benefit the crops and give her and Marsden, her husband, work. Perhaps she could have been grateful if the mere tarp over their heads did more to keep the clouds’ downpour outside, where it belonged. Instead, the drops just added to Dahiana’s misery.