Almighty Father, whose dear Son, on the night before he suffered, instituted the Sacrament of his Body and Blood: Mercifully grant that we may receive it thankfully in remembrance of Jesus Christ our Lord, who in these holy mysteries gives us a pledge of eternal life; and who now lives and reigns with you and the Holy Spirit, one God, for ever and ever. Amen.

The Lord said to Moses and Aaron in the land of Egypt: This month shall mark for you the beginning of months; it shall be the first month of the year for you. Tell the whole congregation of Israel that on the tenth of this month they are to take a lamb for each family, a lamb for each household. If a household is too small for a whole lamb, it shall join its closest neighbour in obtaining one; the lamb shall be divided in proportion to the number of people who eat of it. [Your lamb shall be without blemish, a year–old male; you may take it from the sheep or from the goats. You shall keep it until the fourteenth day of this month; then the whole assembled congregation of Israel shall slaughter it at twilight. They shall take some of the blood and put it on the two doorposts and the lintel of the houses in which they eat it. They shall eat the lamb that same night; they shall eat it roasted over the fire with unleavened bread and bitter herbs. Do not eat any of it raw or boiled in water, but roasted over the fire, with its head, legs, and inner organs. You shall let none of it remain until the morning; anything that remains until the morning you shall burn.] This is how you shall eat it: your loins girded, your sandals on your feet, and your staff in your hand; and you shall eat it hurriedly. It is the passover of the Lord. For I will pass through the land of Egypt that night, and I will strike down every firstborn in the land of Egypt, both human beings and animals; on all the gods of Egypt I will execute judgements: I am the Lord. The blood shall be a sign for you on the houses where you live: when I see the blood, I will pass over you, and no plague shall destroy you when I strike the land of Egypt.

Then Moses called all the elders of Israel and said to them, ‘Go, select lambs for your families, and slaughter the passover lamb. Take a bunch of hyssop, dip it in the blood that is in the basin, and touch the lintel and the two doorposts with the blood in the basin. None of you shall go outside the door of your house until morning. For the Lord will pass through to strike down the Egyptians; when he sees the blood on the lintel and on the two doorposts, the Lord will pass over that door and will not allow the destroyer to enter your houses to strike you down. You shall observe this rite as a perpetual ordinance for you and your children. When you come to the land that the Lord will give you, as he has promised, you shall keep this observance. And when your children ask you, “What do you mean by this observance?” you shall say, “It is the passover sacrifice to the Lord, for he passed over the houses of the Israelites in Egypt, when he struck down the Egyptians but spared our houses.”’ And the people bowed down and worshipped.

The Israelites went and did just as the Lord had commanded Moses and Aaron.

The Tenth Plague: Death of the Firstborn

At midnight the Lord struck down all the firstborn in the land of Egypt, from the firstborn of Pharaoh who sat on his throne to the firstborn of the prisoner who was in the dungeon, and all the firstborn of the livestock. Pharaoh arose in the night, he and all his officials and all the Egyptians; and there was a loud cry in Egypt, for there was not a house without someone dead. Then he summoned Moses and Aaron in the night, and said, ‘Rise up, go away from my people, both you and the Israelites! Go, worship the Lord, as you said. Take your flocks and your herds, as you said, and be gone. And bring a blessing on me too!’

The Exodus: From Rameses to Succoth

The Egyptians urged the people to hasten their departure from the land, for they said, ‘We shall all be dead.’ So the people took their dough before it was leavened, with their kneading-bowls wrapped up in their cloaks on their shoulders. The Israelites had done as Moses told them; they had asked the Egyptians for jewellery of silver and gold, and for clothing, and the Lord had given the people favour in the sight of the Egyptians, so that they let them have what they asked. And so they plundered the Egyptians.

The Israelites journeyed from Rameses to Succoth, about six hundred thousand men on foot, besides children. A mixed crowd also went up with them, and livestock in great numbers, both flocks and herds. They baked unleavened cakes of the dough that they had brought out of Egypt; it was not leavened, because they were driven out of Egypt and could not wait, nor had they prepared any provisions for themselves.

The time that the Israelites had lived in Egypt was four hundred and thirty years. At the end of four hundred and thirty years, on that very day, all the companies of the Lord went out from the land of Egypt. That was for the Lord a night of vigil, to bring them out of the land of Egypt. That same night is a vigil to be kept for the Lord by all the Israelites throughout their generations.

Thanksgiving for Recovery from Illness

I love the Lord, because he has heard
my voice and my supplications.
Because he inclined his ear to me,
therefore I will call on him as long as I live.

The Institution of the Lord’s Supper

For I received from the Lord what I also handed on to you, that the Lord Jesus on the night when he was betrayed took a loaf of bread, and when he had given thanks, he broke it and said, ‘This is my body that is for you. Do this in remembrance of me.’ In the same way he took the cup also, after supper, saying, ‘This cup is the new covenant in my blood. Do this, as often as you drink it, in remembrance of me.’ For as often as you eat this bread and drink the cup, you proclaim the Lord’s death until he comes.

Now before the festival of the Passover, Jesus knew that his hour had come to depart from this world and go to the Father. Having loved his own who were in the world, he loved them to the end. The devil had already put it into the heart of Judas son of Simon Iscariot to betray him. And during supper Jesus, knowing that the Father had given all things into his hands, and that he had come from God and was going to God, got up from the table, took off his outer robe, and tied a towel around himself. Then he poured water into a basin and began to wash the disciples’ feet and to wipe them with the towel that was tied around him. He came to Simon Peter, who said to him, ‘Lord, are you going to wash my feet?’ Jesus answered, ‘You do not know now what I am doing, but later you will understand.’ Peter said to him, ‘You will never wash my feet.’ Jesus answered, ‘Unless I wash you, you have no share with me.’ Simon Peter said to him, ‘Lord, not my feet only but also my hands and my head!’ Jesus said to him, ‘One who has bathed does not need to wash, except for the feet, but is entirely clean. And you are clean, though not all of you.’ For he knew who was to betray him; for this reason he said, ‘Not all of you are clean.’

After he had washed their feet, had put on his robe, and had returned to the table, he said to them, ‘Do you know what I have done to you? You call me Teacher and Lord—and you are right, for that is what I am. So if I, your Lord and Teacher, have washed your feet, you also ought to wash one another’s feet. For I have set you an example, that you also should do as I have done to you. Very truly, I tell you, servants are not greater than their master, nor are messengers greater than the one who sent them. If you know these things, you are blessed if you do them.

Believe it or not:
The Lord Jesus Christ died on the Cross for me and for you. His Holy Blood was poured out to heal us from the disease of sin and restore us back to God so that we could share in His divine nature. It is up to us to believe or reject this eternal truth. Make your choice.
—— Metropolitan Yohan 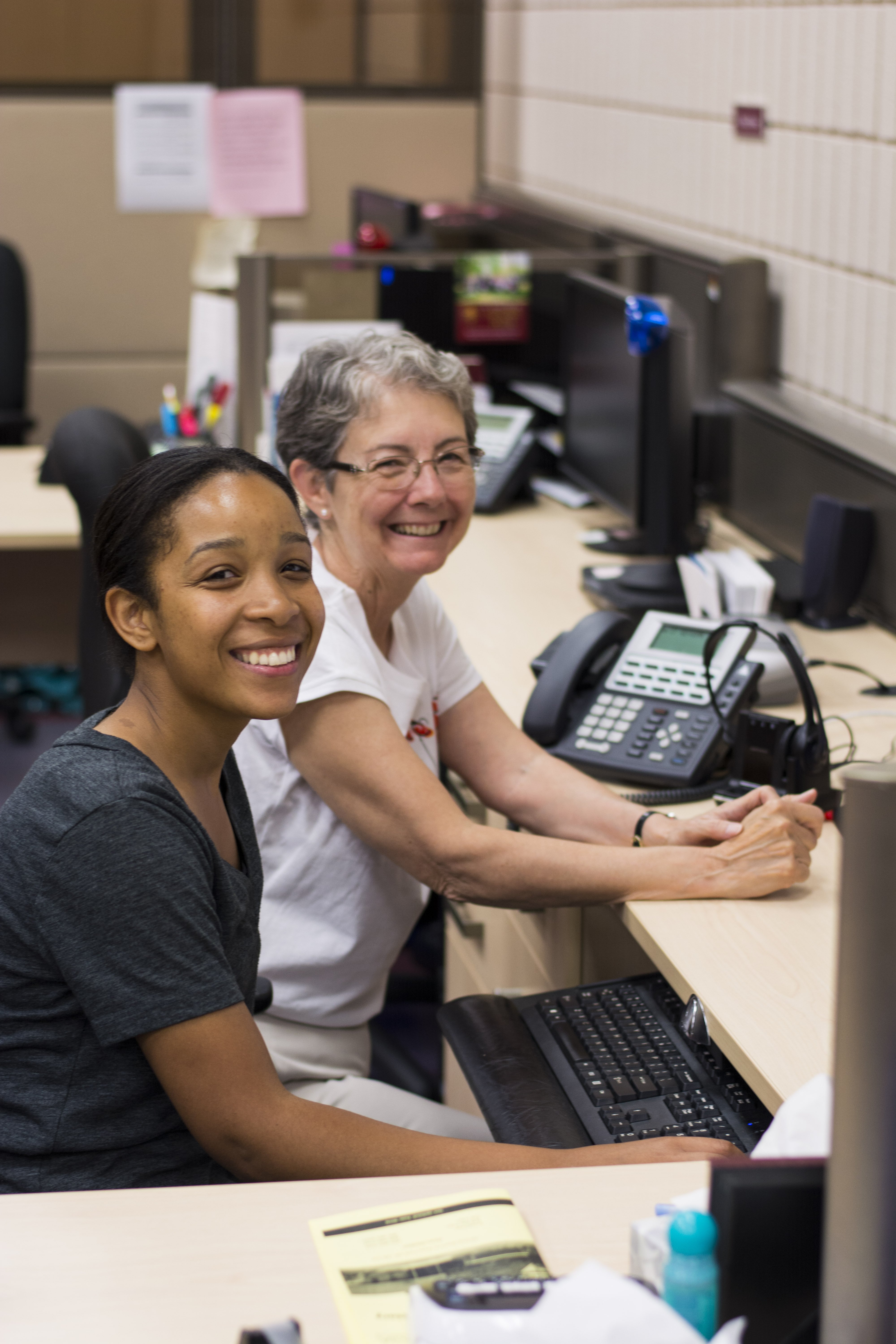 Is God calling you to give your life? If God is calling you to do something eternally significant by becoming a servant of Christ, GFA World may be the place for you.