While Sri Lanka got battered by severe flooding, parts of Bangladesh, Myanmar and Northeast India experienced its own natural disaster after a tropical storm in the Bay of Bengal formed into a cyclone.

Cyclone Mora made landfall in Bangladesh on May 30, producing wind speeds of up to 70 mph. Local officials managed to evacuate more than 300,000 people, minimizing the loss of life to around nine people—many of whom died after uprooted trees crashed into their homes.

Six churches led by GFA-supported pastors and 36 homes belonging to believers were destroyed or damaged after Cyclone Mora struck Bangladesh. Those more severely affected include the Rohingya, refugees from Myanmar who settled into the coastal regions of Bangladesh. About 20,000 Rohingya homes have been damaged. 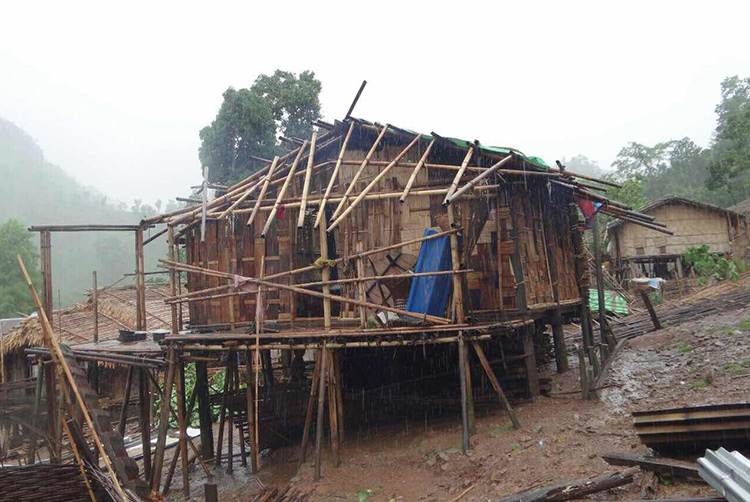 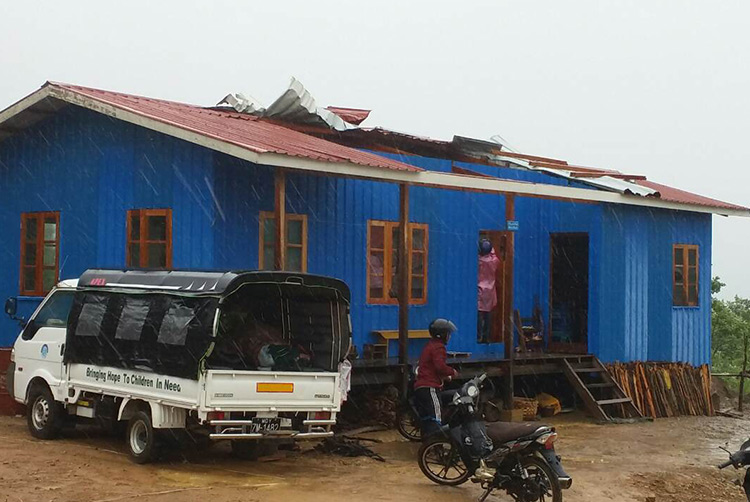 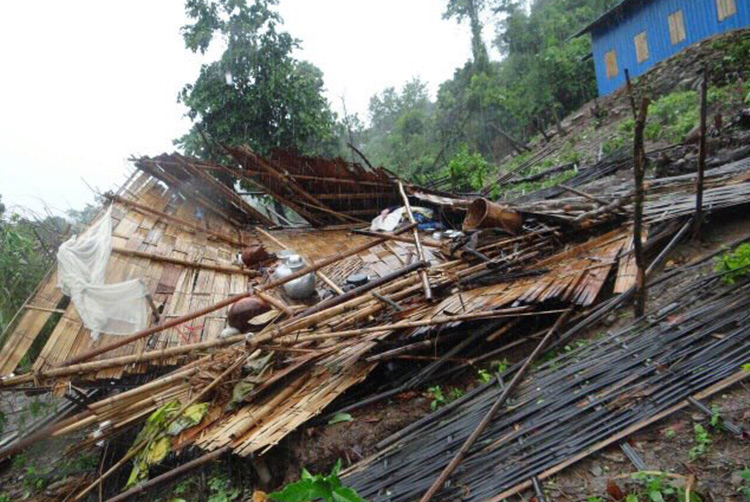 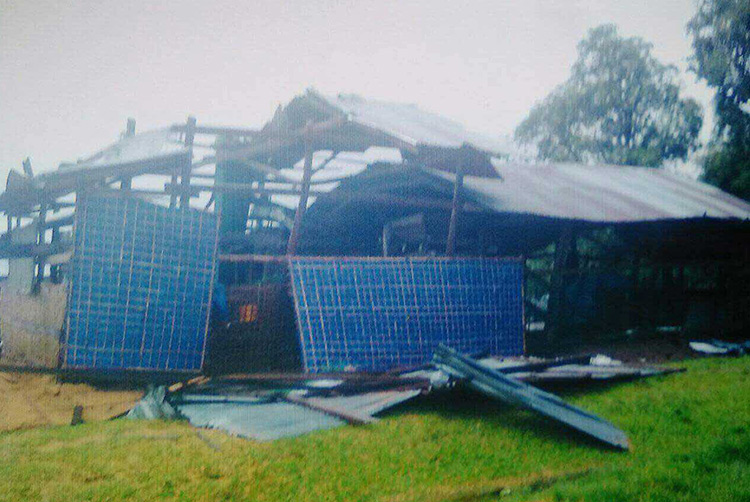 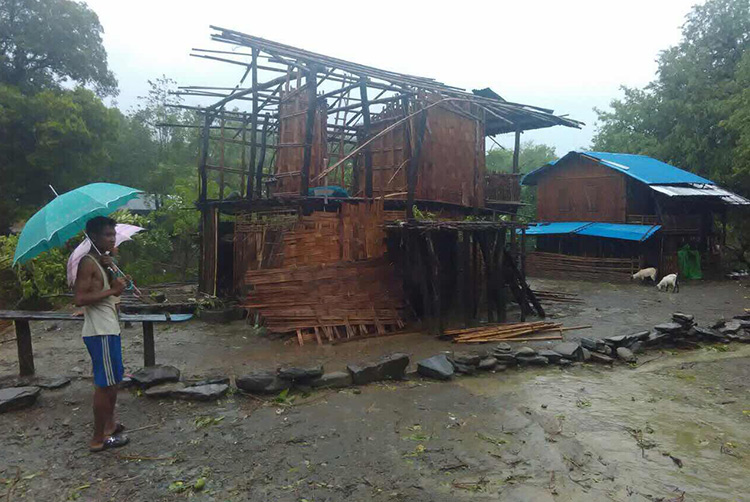 The cyclone also affected parts of Myanmar, causing flooding and landslides in different parts of Rakhine and Chin states. GFA field partners serving in the area reported 42 homes belonging to believers were destroyed or damaged, along with one Bridge of Hope center. Around 1,000 residents have taken refuge in schools, churches or monasteries.

Cyclone Mora dissipated after entering the rugged terrain of Northeast India, but it brought along heavy rainfall.

Meanwhile in Sri Lanka, GFA-supported workers continue to minister aid and hope to the flood survivors. Already more than 1,500 people have received various forms of aid. Compassion Services teams plan to minister to 3,000 more in the week to come.

*Additional storms and Cyclone Mora have also displaced hundreds of thousands across Bangladesh, Myanmar and parts of Northeast India. Relief teams are ministering where they can and are determining areas of greatest need. As GFA-supported workers serve survivors of these various disasters, we’ll update you with progress and needs as we receive them from our field partners. 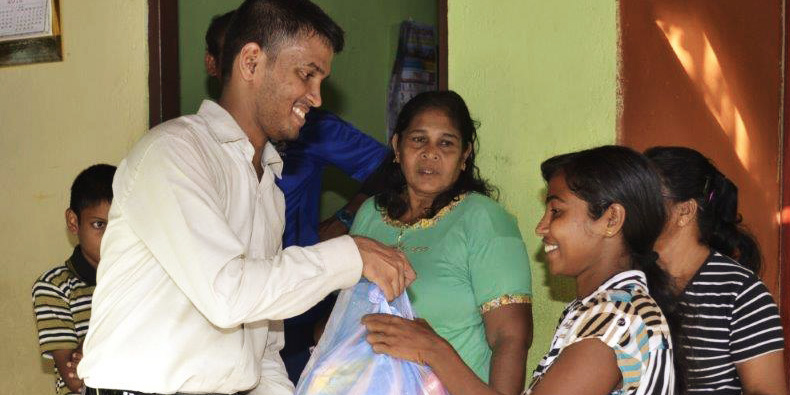 Government officials in Bangladesh, Myanmar and Sri Lanka are relieved to see a low death toll of 48 from tropical storm Mahasen, but with 1.2 million affected in Bangladesh alone, the storm’s devastation is far from over.

Those who evacuated before the storm will return to find thousands of homes, crop acres and livestock damaged or destroyed. In one Bangladeshi district, three Gospel for Asia-supported churches were heavily damaged.

Gospel for Asia’s Compassion Services teams are putting together food packets for families, which include rice, salt, oil, potatoes and matchsticks.

“We would like to provide for 540 families right away,” said a team member. Similar plans are being made in other districts as ministry leaders assess the damage and gather the resources available to meet families’ needs. Each food packet will cost about $14. Tropical storm Mahasen destroyed thousands of homes along the coast of Bangladesh.

Families are constructing temporary shelters while they wait to rebuild their homes.

In Bangladesh and parts of Myanmar (Burma) where Tropical Storm Mahasen left hundreds of thousands displaced and homeless, Gospel for Asia (GFA) missionaries are on the job delivering food, clothing and temporary shelter.

Gospel for Asia will still be involved in this crisis far into 2013. No immediate aid will substitute for the long-term recovery of those who lost everything in one storm.

“There will be months of agony for these suffering people long after the media has forgotten,” said K. P. Yohannan, Gospel for Asia founder and president, “Rebuilding the lives of those who have lost everything will be the long and difficult task fulfilled by those who remember and remain.”

Tropical Storm Mahasen made landfall in the coastal areas of Bangladesh, where almost one million people had been evacuated. Early reports of casualties may be grossly understated because the storm ripped through mainly rural areas. The storm surge destroyed thousands of primitive living quarters, leaving hundreds of thousands homeless or displaced.

The Muslim Rohingya living on both sides of the Myanmar (Burma) border were also affected. At least 150,000 had been displaced last year by ethnic violence and were living in temporary camps in low-lying areas easily swamped by the storm.

Cyclones in this area are almost annual events. Their toll is exponentially more severe here, given the instability of living quarters, most of which are small huts or shacks.

“These people have lost everything: their goats and chickens, their children’s school books, their clothing, their simple livelihood—all has been washed away,” said Yohannan. “Fleeing for their lives, they salvaged only what they could carry on their heads or in their arms.”

GFA missionaries and their fellowships were established parts of these communities and equipped to respond immediately in the moments following the disaster. They are trained to counsel in crises and will be available to help long-term as lives are rebuilt.

“In the darkness of these desperate people, we have the opportunity to bring hope and to share the love of Christ through physical help,” said Yohannan. “Hundreds of people far away can respond in prayer and support for those who have lost every earthly possession."

Gospel for Asia's Compassion Services is bringing Christ's love to the suffering and needy in very practical ways.

GFA-supported missionaries and volunteers assist survivors of natural disasters by providing food, water, medical care, clothing and even shelter. And all is done with in the name of Jesus.

Cyclone Relief Work is part of our Compassion Services.

GFA-supported missionaries and volunteers assist survivors of natural disasters by providing food, water, medical care, clothing and even shelter. And all is done with in the name of Jesus.