Bless us, O God, in this holy season, in which our hearts seek your help and healing; and so purify us by your discipline that we may grow in grace and in the knowledge of our Lord and Saviour Jesus Christ; who lives and reigns with you and the Holy Spirit, one God, for ever and ever. Amen.

Then they sat down to eat; and looking up they saw a caravan of Ishmaelites coming from Gilead, with their camels carrying gum, balm, and resin, on their way to carry it down to Egypt. Then Judah said to his brothers, ‘What profit is there if we kill our brother and conceal his blood? Come, let us sell him to the Ishmaelites, and not lay our hands on him, for he is our brother, our own flesh.’ And his brothers agreed. When some Midianite traders passed by, they drew Joseph up, lifting him out of the pit, and sold him to the Ishmaelites for twenty pieces of silver. And they took Joseph to Egypt.

When Reuben returned to the pit and saw that Joseph was not in the pit, he tore his clothes. He returned to his brothers, and said, ‘The boy is gone; and I, where can I turn?’ Then they took Joseph’s robe, slaughtered a goat, and dipped the robe in the blood. They had the long robe with sleeves taken to their father, and they said, ‘This we have found; see now whether it is your son’s robe or not.’ He recognized it, and said, ‘It is my son’s robe! A wild animal has devoured him; Joseph is without doubt torn to pieces.’ Then Jacob tore his garments, and put sackcloth on his loins, and mourned for his son for many days. All his sons and all his daughters sought to comfort him; but he refused to be comforted, and said, ‘No, I shall go down to Sheol to my son, mourning.’ Thus his father bewailed him. Meanwhile the Midianites had sold him in Egypt to Potiphar, one of Pharaoh’s officials, the captain of the guard.

The Folly of Trust in Riches

To the leader. Of the Korahites. A Psalm.

Hear this, all you peoples;
give ear, all inhabitants of the world,
both low and high,
rich and poor together.
My mouth shall speak wisdom;
the meditation of my heart shall be understanding.
I will incline my ear to a proverb;
I will solve my riddle to the music of the harp.

Why should I fear in times of trouble,
when the iniquity of my persecutors surrounds me,
those who trust in their wealth
and boast of the abundance of their riches?
Truly, no ransom avails for one’s life,
there is no price one can give to God for it.
For the ransom of life is costly,
and can never suffice,
that one should live on for ever
and never see the grave.

When we look at the wise, they die;
fool and dolt perish together
and leave their wealth to others.
Their graves are their homes for ever,
their dwelling-places to all generations,
though they named lands their own.
Mortals cannot abide in their pomp;
they are like the animals that perish.

Such is the fate of the foolhardy,
the end of those who are pleased with their lot.  Selah
Like sheep they are appointed for Sheol;
Death shall be their shepherd;
straight to the grave they descend,
and their form shall waste away;
Sheol shall be their home.
But God will ransom my soul from the power of Sheol,
for he will receive me.  Selah

Do not be afraid when some become rich,
when the wealth of their houses increases.
For when they die they will carry nothing away;
their wealth will not go down after them.
Though in their lifetime they count themselves happy
—for you are praised when you do well for yourself—
they will go to the company of their ancestors,
who will never again see the light.
Mortals cannot abide in their pomp;
they are like the animals that perish.

When I came to you, brothers and sisters, I did not come proclaiming the mystery of God to you in lofty words or wisdom. For I decided to know nothing among you except Jesus Christ, and him crucified. And I came to you in weakness and in fear and in much trembling. My speech and my proclamation were not with plausible words of wisdom, but with a demonstration of the Spirit and of power, so that your faith might rest not on human wisdom but on the power of God.

The True Wisdom of God

‘What no eye has seen, nor ear heard,
nor the human heart conceived,
what God has prepared for those who love him’—

these things God has revealed to us through the Spirit; for the Spirit searches everything, even the depths of God. For what human being knows what is truly human except the human spirit that is within? So also no one comprehends what is truly God’s except the Spirit of God. Now we have received not the spirit of the world, but the Spirit that is from God, so that we may understand the gifts bestowed on us by God. And we speak of these things in words not taught by human wisdom but taught by the Spirit, interpreting spiritual things to those who are spiritual.

Jesus Heals Many at Simon’s House

As soon as they left the synagogue, they entered the house of Simon and Andrew, with James and John. Now Simon’s mother–in–law was in bed with a fever, and they told him about her at once. He came and took her by the hand and lifted her up. Then the fever left her, and she began to serve them.

That evening, at sunset, they brought to him all who were sick or possessed with demons. And the whole city was gathered around the door. And he cured many who were sick with various diseases, and cast out many demons; and he would not permit the demons to speak, because they knew him.

A Preaching Tour in Galilee

In the morning, while it was still very dark, he got up and went out to a deserted place, and there he prayed. And Simon and his companions hunted for him. When they found him, they said to him, ‘Everyone is searching for you.’ He answered, ‘Let us go on to the neighbouring towns, so that I may proclaim the message there also; for that is what I came out to do.’ And he went throughout Galilee, proclaiming the message in their synagogues and casting out demons.

A leper came to him begging him, and kneeling he said to him, ‘If you choose, you can make me clean.’ Moved with pity, Jesus stretched out his hand and touched him, and said to him, ‘I do choose. Be made clean!’ Immediately the leprosy left him, and he was made clean. After sternly warning him he sent him away at once, saying to him, ‘See that you say nothing to anyone; but go, show yourself to the priest, and offer for your cleansing what Moses commanded, as a testimony to them.’ But he went out and began to proclaim it freely, and to spread the word, so that Jesus could no longer go into a town openly, but stayed out in the country; and people came to him from every quarter.

“No obedience and victory occur without the cross.”
— excerpt from Road to Reality
—Metropolitan Yohan

This is the mark of Christianity: however much a man toils, and however many righteous deeds he performs, to feel that he has done nothing, and in fasting to say, “This is not fasting,” and in praying, “This is not prayer,” and in perseverance at prayer, “I have shown no perseverance; I am only just beginning to practice and to take pains”; and even if he is righteous before God, he should say, “I am not righteous, not I; I do not take pains, but only make a beginning every day.” 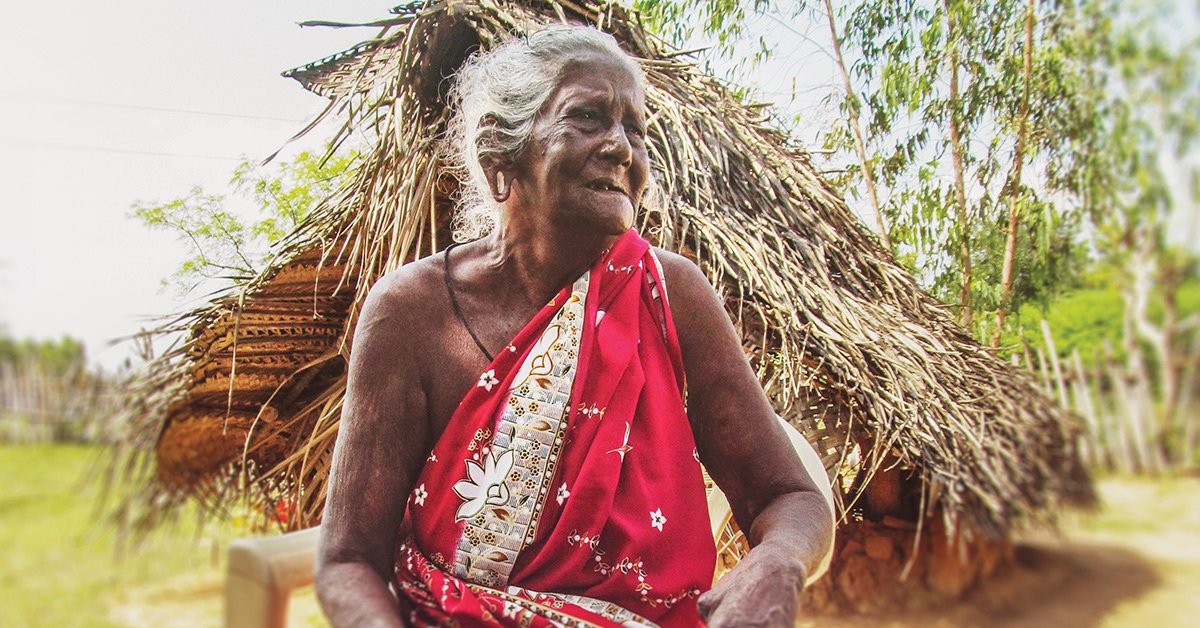 Sanjushree can't easily hide the fact that she once had leprosy. Her gnarled hands and toes display the effects of a 40–year battle with the disease. The 100–year–old woman remembers the day it began.