Strengthen us, O Lord, by your grace, that in your might we may overcome all spiritual enemies, and with pure hearts serve you; through Jesus Christ our Lord, who lives and reigns with you and the Holy Spirit, one God, for ever and ever. Amen.

Now Joseph was taken down to Egypt, and Potiphar, an officer of Pharaoh, the captain of the guard, an Egyptian, bought him from the Ishmaelites who had brought him down there. The Lord was with Joseph, and he became a successful man; he was in the house of his Egyptian master. His master saw that the Lord was with him, and that the Lord caused all that he did to prosper in his hands. So Joseph found favour in his sight and attended him; he made him overseer of his house and put him in charge of all that he had. From the time that he made him overseer in his house and over all that he had, the Lord blessed the Egyptian’s house for Joseph’s sake; the blessing of the Lord was on all that he had, in house and field. So he left all that he had in Joseph’s charge; and, with him there, he had no concern for anything but the food that he ate.

Now Joseph was handsome and good–looking. And after a time his master’s wife cast her eyes on Joseph and said, ‘Lie with me.’ But he refused and said to his master’s wife, ‘Look, with me here, my master has no concern about anything in the house, and he has put everything that he has in my hand. He is not greater in this house than I am, nor has he kept back anything from me except yourself, because you are his wife. How then could I do this great wickedness, and sin against God?’ And although she spoke to Joseph day after day, he would not consent to lie beside her or to be with her. One day, however, when he went into the house to do his work, and while no one else was in the house, she caught hold of his garment, saying, ‘Lie with me!’ But he left his garment in her hand, and fled and ran outside. When she saw that he had left his garment in her hand and had fled outside, she called out to the members of her household and said to them, ‘See, my husband has brought among us a Hebrew to insult us! He came in to me to lie with me, and I cried out with a loud voice; and when he heard me raise my voice and cry out, he left his garment beside me, and fled outside.’ Then she kept his garment by her until his master came home, and she told him the same story, saying, ‘The Hebrew servant, whom you have brought among us, came in to me to insult me; but as soon as I raised my voice and cried out, he left his garment beside me, and fled outside.’

When his master heard the words that his wife spoke to him, saying, ‘This is the way your servant treated me’, he became enraged. And Joseph’s master took him and put him into the prison, the place where the king’s prisoners were confined; he remained there in prison. But the Lord was with Joseph and showed him steadfast love; he gave him favour in the sight of the chief jailer. The chief jailer committed to Joseph’s care all the prisoners who were in the prison, and whatever was done there, he was the one who did it. The chief jailer paid no heed to anything that was in Joseph’s care, because the Lord was with him; and whatever he did, the Lord made it prosper.

A Psalm of Asaph.

The mighty one, God the Lord,
speaks and summons the earth
from the rising of the sun to its setting.
Out of Zion, the perfection of beauty,
God shines forth.

Our God comes and does not keep silence,
before him is a devouring fire,
and a mighty tempest all around him.
He calls to the heavens above
and to the earth, that he may judge his people:
‘Gather to me my faithful ones,
who made a covenant with me by sacrifice!’
The heavens declare his righteousness,
for God himself is judge. Selah

‘Hear, O my people, and I will speak,
O Israel, I will testify against you.
I am God, your God.
Not for your sacrifices do I rebuke you;
your burnt–offerings are continually before me.
I will not accept a bull from your house,
or goats from your folds.
For every wild animal of the forest is mine,
the cattle on a thousand hills.
I know all the birds of the air,
and all that moves in the field is mine.

‘If I were hungry, I would not tell you,
for the world and all that is in it is mine.
Do I eat the flesh of bulls,
or drink the blood of goats?
Offer to God a sacrifice of thanksgiving,
and pay your vows to the Most High.
Call on me in the day of trouble;
I will deliver you, and you shall glorify me.’

But to the wicked God says:
‘What right have you to recite my statutes,
or take my covenant on your lips?
For you hate discipline,
and you cast my words behind you.
You make friends with a thief when you see one,
and you keep company with adulterers.

‘You give your mouth free rein for evil,
and your tongue frames deceit.
You sit and speak against your kin;
you slander your own mother’s child.
These things you have done and I have been silent;
you thought that I was one just like yourself.
But now I rebuke you, and lay the charge before you.

‘Mark this, then, you who forget God,
or I will tear you apart, and there will be no one to deliver.
Those who bring thanksgiving as their sacrifice honour me;
to those who go the right way
I will show the salvation of God.’

‘For who has known the mind of the Lord
so as to instruct him?’

But we have the mind of Christ.

On Divisions in the Corinthian Church

And so, brothers and sisters, I could not speak to you as spiritual people, but rather as people of the flesh, as infants in Christ. I fed you with milk, not solid food, for you were not ready for solid food. Even now you are still not ready, for you are still of the flesh. For as long as there is jealousy and quarrelling among you, are you not of the flesh, and behaving according to human inclinations? For when one says, ‘I belong to Paul’, and another, ‘I belong to Apollos’, are you not merely human?

What then is Apollos? What is Paul? Servants through whom you came to believe, as the Lord assigned to each. I planted, Apollos watered, but God gave the growth. So neither the one who plants nor the one who waters is anything, but only God who gives the growth. The one who plants and the one who waters have a common purpose, and each will receive wages according to the labour of each. For we are God’s servants, working together; you are God’s field, God’s building.

When he returned to Capernaum after some days, it was reported that he was at home. So many gathered around that there was no longer room for them, not even in front of the door; and he was speaking the word to them. Then some people came, bringing to him a paralysed man, carried by four of them. And when they could not bring him to Jesus because of the crowd, they removed the roof above him; and after having dug through it, they let down the mat on which the paralytic lay. When Jesus saw their faith, he said to the paralytic, ‘Son, your sins are forgiven.’ Now some of the scribes were sitting there, questioning in their hearts, ‘Why does this fellow speak in this way? It is blasphemy! Who can forgive sins but God alone?’ At once Jesus perceived in his spirit that they were discussing these questions among themselves; and he said to them, ‘Why do you raise such questions in your hearts? Which is easier, to say to the paralytic, “Your sins are forgiven”, or to say, “Stand up and take your mat and walk”? But so that you may know that the Son of Man has authority on earth to forgive sins’—he said to the paralytic—‘I say to you, stand up, take your mat and go to your home.’ And he stood up, and immediately took the mat and went out before all of them; so that they were all amazed and glorified God, saying, ‘We have never seen anything like this!’

“The concept of being ‘conformed to his death’ needs to be seen for what it is, an ongoing process.”
— excerpt from Road to Reality
—Metropolitan Yohan 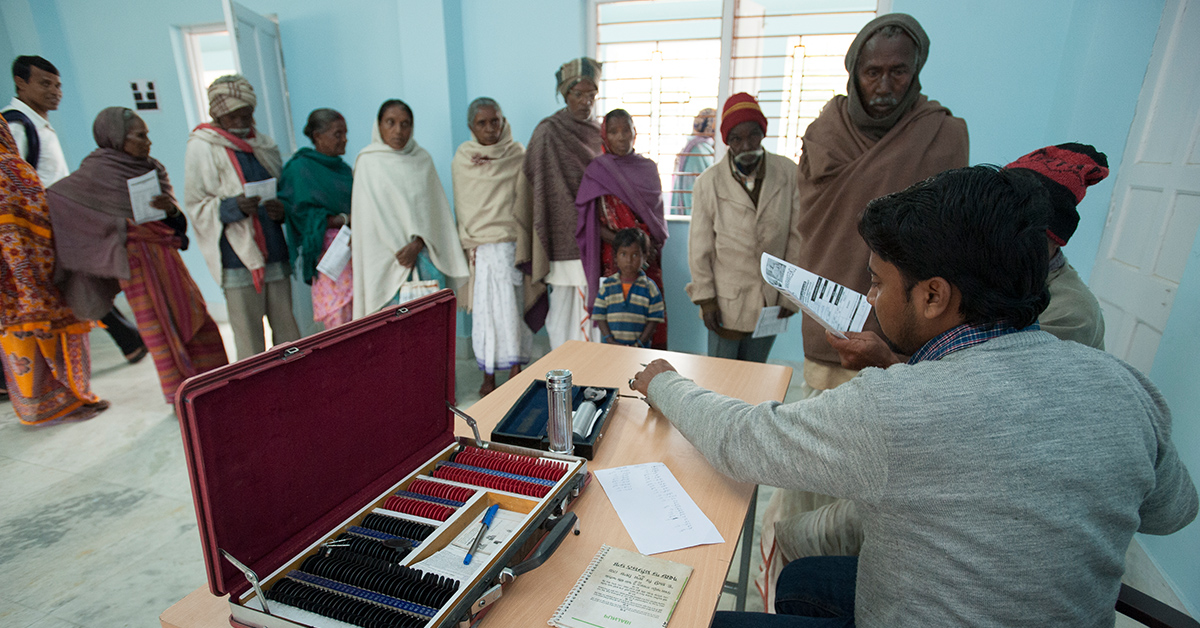