Let your Spirit, O Lord, come into the midst of us to wash us with the pure water of repentance, and prepare us to be always a living sacrifice to you; through Jesus Christ our Lord, who lives and reigns with you and the Holy Spirit, one God, for ever and ever. Amen.

Joseph was thirty years old when he entered the service of Pharaoh king of Egypt. And Joseph went out from the presence of Pharaoh, and went through all the land of Egypt. During the seven plenteous years the earth produced abundantly. He gathered up all the food of the seven years when there was plenty in the land of Egypt, and stored up food in the cities; he stored up in every city the food from the fields around it. So Joseph stored up grain in such abundance—like the sand of the sea&mdshthat he stopped measuring it; it was beyond measure.

Before the years of famine came, Joseph had two sons, whom Asenath daughter of Potiphera, priest of On, bore to him. Joseph named the firstborn Manasseh, ‘For’, he said, ‘God has made me forget all my hardship and all my father’s house.’ The second he named Ephraim, ‘For God has made me fruitful in the land of my misfortunes.’

Trust in God under Persecution

To the leader: according to The Dove on Far-off Terebinths. Of David. A Miktam, when the Philistines seized him in Gath.

Be gracious to me, O God, for people trample on me;
all day long foes oppress me;
my enemies trample on me all day long,
for many fight against me.
O Most High, when I am afraid,
I put my trust in you.
In God, whose word I praise,
in God I trust; I am not afraid;
what can flesh do to me?

All day long they seek to injure my cause;
all their thoughts are against me for evil.
They stir up strife, they lurk,
they watch my steps.
As they hoped to have my life,
so repay them for their crime;
in wrath cast down the peoples, O God!

My vows to you I must perform, O God;
I will render thank–offerings to you.
For you have delivered my soul from death,
and my feet from falling,
so that I may walk before God
in the light of life.

Already you have all you want! Already you have become rich! Quite apart from us you have become kings! Indeed, I wish that you had become kings, so that we might be kings with you! For I think that God has exhibited us apostles as last of all, as though sentenced to death, because we have become a spectacle to the world, to angels and to mortals. We are fools for the sake of Christ, but you are wise in Christ. We are weak, but you are strong. You are held in honour, but we in disrepute. To the present hour we are hungry and thirsty, we are poorly clothed and beaten and homeless, and we grow weary from the work of our own hands. When reviled, we bless; when persecuted, we endure; when slandered, we speak kindly. We have become like the rubbish of the world, the dregs of all things, to this very day.

I am not writing this to make you ashamed, but to admonish you as my beloved children. For though you might have ten thousand guardians in Christ, you do not have many fathers. Indeed, in Christ Jesus I became your father through the gospel. I appeal to you, then, be imitators of me. For this reason I sent you Timothy, who is my beloved and faithful child in the Lord, to remind you of my ways in Christ Jesus, as I teach them everywhere in every church. But some of you, thinking that I am not coming to you, have become arrogant. But I will come to you soon, if the Lord wills, and I will find out not the talk of these arrogant people but their power. For the kingdom of God depends not on talk but on power. What would you prefer? Am I to come to you with a stick, or with love in a spirit of gentleness?

A Multitude at the Lakeside

Jesus departed with his disciples to the lake, and a great multitude from Galilee followed him; hearing all that he was doing, they came to him in great numbers from Judea, Jerusalem, Idumea, beyond the Jordan, and the region around Tyre and Sidon. He told his disciples to have a boat ready for him because of the crowd, so that they would not crush him; for he had cured many, so that all who had diseases pressed upon him to touch him. Whenever the unclean spirits saw him, they fell down before him and shouted, ‘You are the Son of God!’ But he sternly ordered them not to make him known.

He went up the mountain and called to him those whom he wanted, and they came to him. And he appointed twelve, whom he also named apostles, to be with him, and to be sent out to proclaim the message, and to have authority to cast out demons. So he appointed the twelve: Simon (to whom he gave the name Peter); James son of Zebedee and John the brother of James (to whom he gave the name Boanerges, that is, Sons of Thunder); and Andrew, and Philip, and Bartholomew, and Matthew, and Thomas, and James son of Alphaeus, and Thaddaeus, and Simon the Cananaean, and Judas Iscariot, who betrayed him.

May the Lord bless you and give you inner strength. May you overcome temptations by His compelling love may you be renewed with hope and be assured of His grace may you be transformed inside and out by His overwhelming mercy. In the name of the Holy Trinity Amen.+
—— Metropolitan Yohan

“Nothing, how little so ever it be, if it is suffered for God's sake, can pass without merit in the sight of God.” 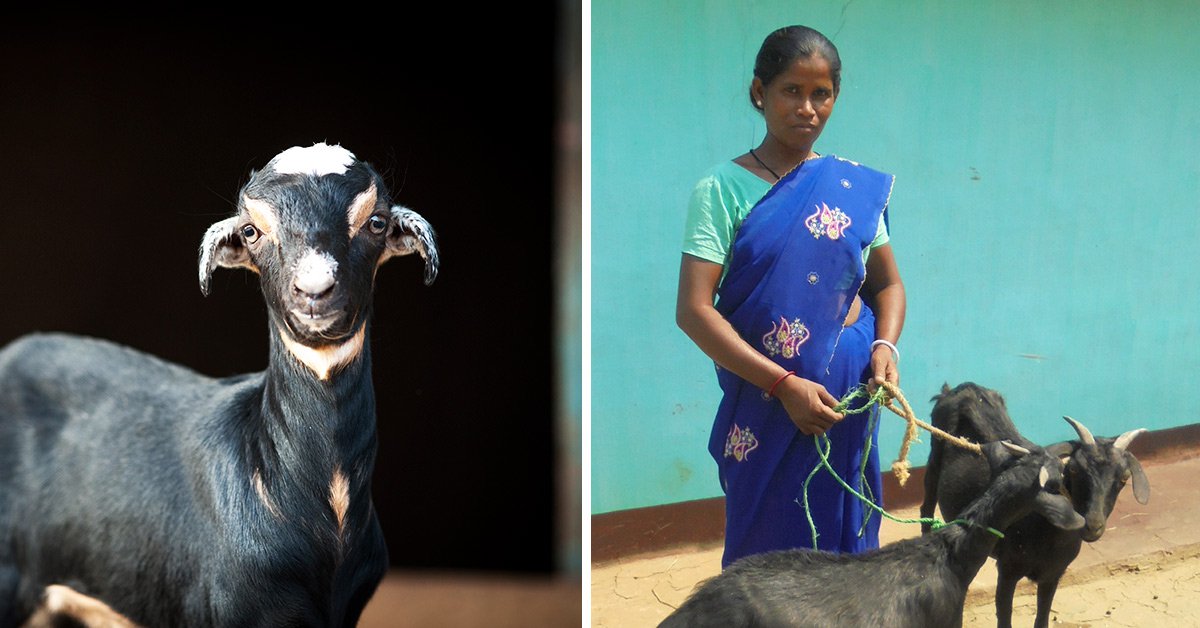 Water dripped through the roof made of tiles and grass and landed in puddles around four children and the frail body of Kripal’s wife, Bani. A strange sickness held her life in its grip and kept her from eating, slowly stealing her strength until she couldn’t even walk properly. Doctors and those who practiced traditional healing ceremonies failed to cure Bani, but that didn’t stop them from demanding payment.