O God, you know us to be set in the midst of so many and great dangers, that by reason of the frailty of our nature we cannot always stand upright: Grant us such strength and protection as may support us in all dangers, and carry us through all temptations; through Jesus Christ our Lord, who lives and reigns with you and the Holy Spirit, one God, for ever and ever. Amen.

The Last Days of Jacob

When the time of Israel’s death drew near, he called his son Joseph and said to him, ‘If I have found favour with you, put your hand under my thigh and promise to deal loyally and truly with me. Do not bury me in Egypt. When I lie down with my ancestors, carry me out of Egypt and bury me in their burial place.’ He answered, ‘I will do as you have said.’ And he said, ‘Swear to me’; and he swore to him. Then Israel bowed himself on the head of his bed.

After this Joseph was told, ‘Your father is ill.’ So he took with him his two sons Manasseh and Ephraim. When Jacob was told, ‘Your son Joseph has come to you’, he summoned his strength and sat up in bed. And Jacob said to Joseph, ‘God Almighty appeared to me at Luz in the land of Canaan, and he blessed me, and said to me, “I am going to make you fruitful and increase your numbers; I will make of you a company of peoples, and will give this land to your offspring after you for a perpetual holding.” Therefore your two sons, who were born to you in the land of Egypt before I came to you in Egypt, are now mine; Ephraim and Manasseh shall be mine, just as Reuben and Simeon are. As for the offspring born to you after them, they shall be yours. They shall be recorded under the names of their brothers with regard to their inheritance. For when I came from Paddan, Rachel, alas, died in the land of Canaan on the way, while there was still some distance to go to Ephrath; and I buried her there on the way to Ephrath’ (that is, Bethlehem).

The Joy of Living in Zion

Of the Korahites. A Psalm. A Song.

On the holy mount stands the city he founded;
the Lord loves the gates of Zion
more than all the dwellings of Jacob.
Glorious things are spoken of you,
O city of God. Selah

Among those who know me I mention Rahab and Babylon;
Philistia too, and Tyre, with Ethiopia—
‘This one was born there,’ they say.

And of Zion it shall be said,
‘This one and that one were born in it’;
for the Most High himself will establish it.
The Lord records, as he registers the peoples,
‘This one was born there.’ Selah

Singers and dancers alike say,
‘All my springs are in you.’

Now these things occurred as examples for us, so that we might not desire evil as they did. Do not become idolaters as some of them did; as it is written, ‘The people sat down to eat and drink, and they rose up to play.’ We must not indulge in sexual immorality as some of them did, and twenty–three thousand fell in a single day. We must not put Christ to the test, as some of them did, and were destroyed by serpents. And do not complain as some of them did, and were destroyed by the destroyer. These things happened to them to serve as an example, and they were written down to instruct us, on whom the ends of the ages have come. So if you think you are standing, watch out that you do not fall. No testing has overtaken you that is not common to everyone. God is faithful, and he will not let you be tested beyond your strength, but with the testing he will also provide the way out so that you may be able to endure it.

The Tradition of the Elders

Now when the Pharisees and some of the scribes who had come from Jerusalem gathered around him, they noticed that some of his disciples were eating with defiled hands, that is, without washing them. (For the Pharisees, and all the Jews, do not eat unless they thoroughly wash their hands, thus observing the tradition of the elders; and they do not eat anything from the market unless they wash it; and there are also many other traditions that they observe, the washing of cups, pots, and bronze kettles.) So the Pharisees and the scribes asked him, ‘Why do your disciples not live according to the tradition of the elders, but eat with defiled hands?’ He said to them, ‘Isaiah prophesied rightly about you hypocrites, as it is written,

“This people honours me with their lips,
but their hearts are far from me;
in vain do they worship me,
teaching human precepts as doctrines.”

You abandon the commandment of God and hold to human tradition.’

Then he said to them, ‘You have a fine way of rejecting the commandment of God in order to keep your tradition! For Moses said, “Honour your father and your mother”; and, “Whoever speaks evil of father or mother must surely die.” But you say that if anyone tells father or mother, “Whatever support you might have had from me is Corban” (that is, an offering to God)—then you no longer permit doing anything for a father or mother, thus making void the word of God through your tradition that you have handed on. And you do many things like this.’

Then he called the crowd again and said to them, ‘Listen to me, all of you, and understand: there is nothing outside a person that by going in can defile, but the things that come out are what defile.’

When he had left the crowd and entered the house, his disciples asked him about the parable. He said to them, ‘Then do you also fail to understand? Do you not see that whatever goes into a person from outside cannot defile, since it enters, not the heart but the stomach, and goes out into the sewer?’ (Thus he declared all foods clean.) And he said, ‘It is what comes out of a person that defiles. For it is from within, from the human heart, that evil intentions come: fornication, theft, murder, adultery, avarice, wickedness, deceit, licentiousness, envy, slander, pride, folly. All these evil things come from within, and they defile a person.’

The mystical door:
The deliberate focus on the inner life and godliness should not end with this Lenten season. This is a mystical door through which you can enter to journey with the invisbile God and experience Him, instead of selfish ambitions ruining your spiritual life. Keep walking. Believe that every step you take is guided by His loving hand.
—— Metropolitan Yohan 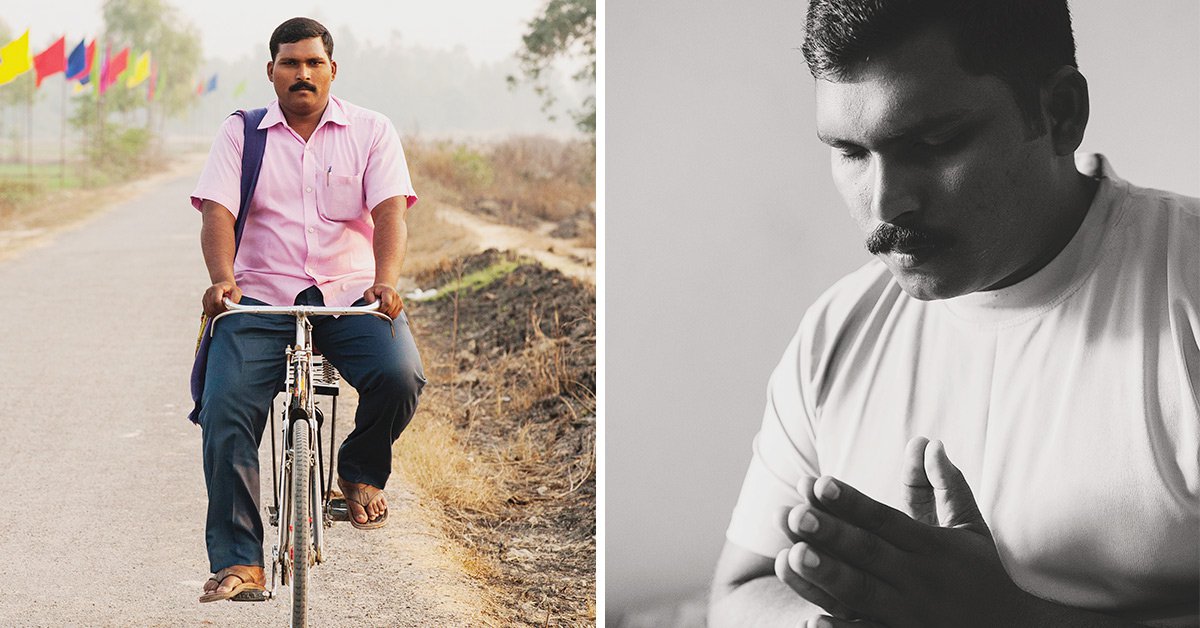 Kantilal saw the 3–year–old girl. The flesh on her back was rotting. He and a fellow Bible college student knew only one thing to do for this precious child: pray.