Keep watch over your Church, O Lord, with your unfailing love; and, since it is grounded in human weakness and cannot maintain itself without your aid, protect it from all danger, and keep it in the way of salvation; through Jesus Christ your Son our Lord, who lives and reigns with you and the Holy Spirit, one God, for ever and ever. Amen.

When Israel set out on his journey with all that he had and came to Beer–sheba, he offered sacrifices to the God of his father Isaac. God spoke to Israel in visions of the night, and said, ‘Jacob, Jacob.’ And he said, ‘Here I am.’ Then he said, ‘I am God, the God of your father; do not be afraid to go down to Egypt, for I will make of you a great nation there. I myself will go down with you to Egypt, and I will also bring you up again; and Joseph’s own hand shall close your eyes.’

Then Jacob set out from Beer–sheba; and the sons of Israel carried their father Jacob, their little ones, and their wives, in the wagons that Pharaoh had sent to carry him. They also took their livestock and the goods that they had acquired in the land of Canaan, and they came into Egypt, Jacob and all his offspring with him, his sons, and his sons’ sons with him, his daughters, and his sons’ daughters; all his offspring he brought with him into Egypt.

Israel sent Judah ahead to Joseph to lead the way before him into Goshen. When they came to the land of Goshen, Joseph made ready his chariot and went up to meet his father Israel in Goshen. He presented himself to him, fell on his neck, and wept on his neck a good while. Israel said to Joseph, ‘I can die now, having seen for myself that you are still alive.’ Joseph said to his brothers and to his father’s household, ‘I will go up and tell Pharaoh, and will say to him, “My brothers and my father’s household, who were in the land of Canaan, have come to me. The men are shepherds, for they have been keepers of livestock; and they have brought their flocks, and their herds, and all that they have.” When Pharaoh calls you, and says, “What is your occupation?” you shall say, “Your servants have been keepers of livestock from our youth even until now, both we and our ancestors”—in order that you may settle in the land of Goshen, because all shepherds are abhorrent to the Egyptians.’

Longing for God and His Help in Distress

To the leader. A Maskil of the Korahites.

As a deer longs for flowing streams,
so my soul longs for you, O God.
My soul thirsts for God,
for the living God.
When shall I come and behold
the face of God?
My tears have been my food
day and night,
while people say to me continually,
‘Where is your God?’

These things I remember,
as I pour out my soul:
how I went with the throng,
and led them in procession to the house of God,
with glad shouts and songs of thanksgiving,
a multitude keeping festival.
Why are you cast down, O my soul,
and why are you disquieted within me?
Hope in God; for I shall again praise him,
my help and my God.

My soul is cast down within me;
therefore I remember you
from the land of Jordan and of Hermon,
from Mount Mizar.
Deep calls to deep
at the thunder of your cataracts;
all your waves and your billows
have gone over me.
By day the Lord commands his steadfast love,
and at night his song is with me,
a prayer to the God of my life.

I say to God, my rock,
‘Why have you forgotten me?
Why must I walk about mournfully
because the enemy oppresses me?’
As with a deadly wound in my body,
my adversaries taunt me,
while they say to me continually,
‘Where is your God?’

Why are you cast down, O my soul,
and why are you disquieted within me?
Hope in God; for I shall again praise him,
my help and my God.

The Rights of an Apostle

Am I not free? Am I not an apostle? Have I not seen Jesus our Lord? Are you not my work in the Lord? If I am not an apostle to others, at least I am to you; for you are the seal of my apostleship in the Lord.

This is my defence to those who would examine me. Do we not have the right to our food and drink? Do we not have the right to be accompanied by a believing wife, as do the other apostles and the brothers of the Lord and Cephas? Or is it only Barnabas and I who have no right to refrain from working for a living? Who at any time pays the expenses for doing military service? Who plants a vineyard and does not eat any of its fruit? Or who tends a flock and does not get any of its milk?

Do I say this on human authority? Does not the law also say the same? For it is written in the law of Moses, ‘You shall not muzzle an ox while it is treading out the grain.’ Is it for oxen that God is concerned? Or does he not speak entirely for our sake? It was indeed written for our sake, for whoever ploughs should plough in hope and whoever threshes should thresh in hope of a share in the crop. If we have sown spiritual good among you, is it too much if we reap your material benefits? If others share this rightful claim on you, do not we still more?

Nevertheless, we have not made use of this right, but we endure anything rather than put an obstacle in the way of the gospel of Christ. Do you not know that those who are employed in the temple service get their food from the temple, and those who serve at the altar share in what is sacrificed on the altar? In the same way, the Lord commanded that those who proclaim the gospel should get their living by the gospel.

But I have made no use of any of these rights, nor am I writing this so that they may be applied in my case. Indeed, I would rather die than that—no one will deprive me of my ground for boasting!

The apostles gathered around Jesus, and told him all that they had done and taught. He said to them, ‘Come away to a deserted place all by yourselves and rest a while.’ For many were coming and going, and they had no leisure even to eat. And they went away in the boat to a deserted place by themselves. Now many saw them going and recognized them, and they hurried there on foot from all the towns and arrived ahead of them. As he went ashore, he saw a great crowd; and he had compassion for them, because they were like sheep without a shepherd; and he began to teach them many things. When it grew late, his disciples came to him and said, ‘This is a deserted place, and the hour is now very late; send them away so that they may go into the surrounding country and villages and buy something for themselves to eat.’ But he answered them, ‘You give them something to eat.’ They said to him, ‘Are we to go and buy two hundred denarii worth of bread, and give it to them to eat?’ And he said to them, ‘How many loaves have you? Go and see.’ When they had found out, they said, ‘Five, and two fish.’ Then he ordered them to get all the people to sit down in groups on the green grass. So they sat down in groups of hundreds and of fifties. Taking the five loaves and the two fish, he looked up to heaven, and blessed and broke the loaves, and gave them to his disciples to set before the people; and he divided the two fish among them all. And all ate and were filled; and they took up twelve baskets full of broken pieces and of the fish. Those who had eaten the loaves numbered five thousand men.

Jesus Walks on the Water

Immediately he made his disciples get into the boat and go on ahead to the other side, to Bethsaida, while he dismissed the crowd. After saying farewell to them, he went up on the mountain to pray.

Abstinence:
Fasting is usually thought of as abstinence from food and drink. But there are things that we must fast or abstaim from that are a million times more important than giving up bodily needs. Think about saying no to anger, bitterness, envy, jealousy, unkindness, unforgiveness, pride, boasting, selfishness, ungratefulness, fear, worry, lust, love of money, gossip, curiosity to hear about others and even giving up all social media this season. Please, act on these.
—— Metropolitan Yohan 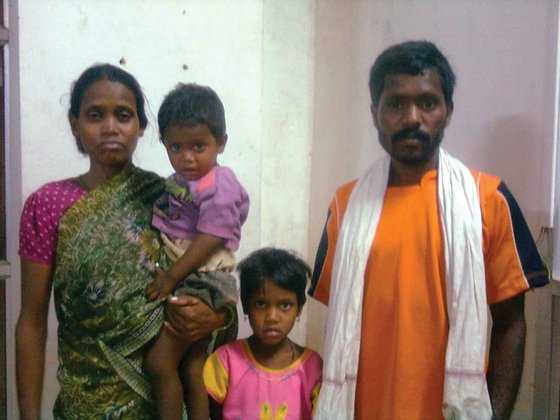 Ujendra rounded up the goats and cows after they had grazed, leading them back to their homes with a wooden stick. Villagers hired him to care for their livestock, even though he didn’t have any of his own.