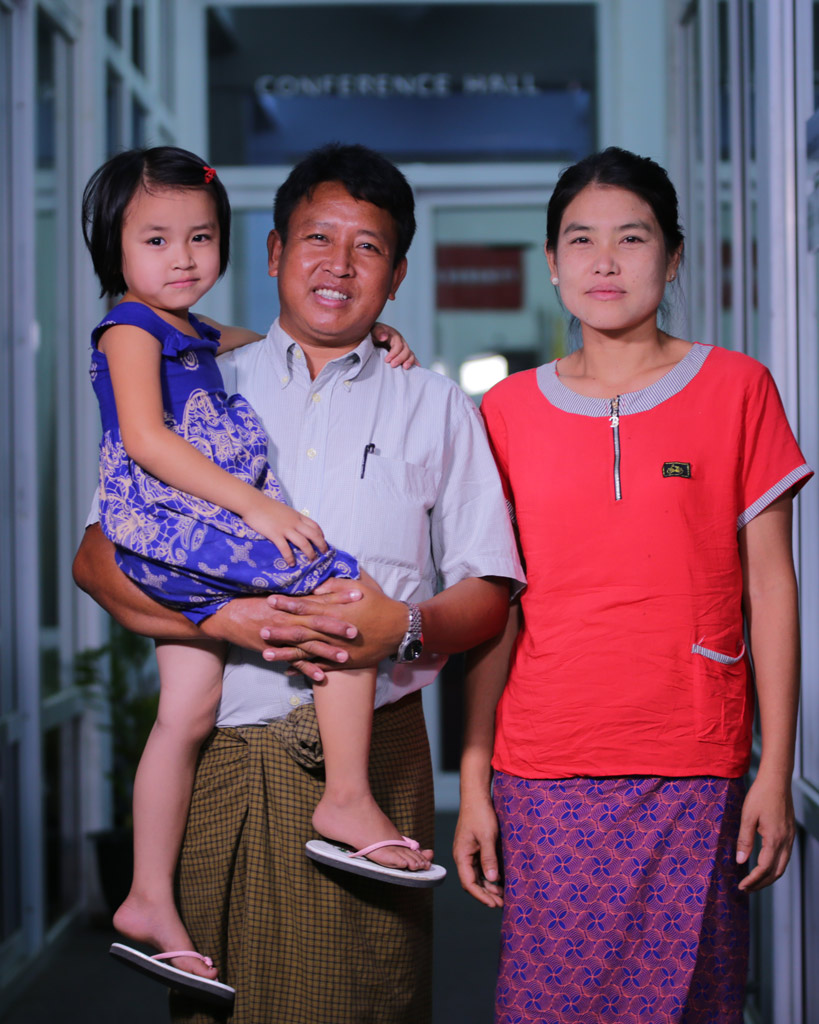 After 14 months of captivity, Pastor Tun was released and reunited with his family.

To our great joy, we recently received information that Pastor Tun, who we believed had been killed in 2019 after being kidnapped at gunpoint by an insurgent group in Myanmar, is alive and reunited with his wife and children.

The GFA-supported pastor spent 14 months in captivity, refusing the group’s urging to join them in their cause to overthrow the current government. Miraculously, on March 7, the insurgent group released Pastor Tun into the hands of his village elders with threats of future harm.

Pastor Tun has since left his village and has found a safe shelter for his family by living among other GFA-supported workers in a different region of Myanmar.

“The whole church family in Myanmar is thankful to God,” a GFA-supported field correspondent says. “[We are also thankful] to the prayer partners for their concern and their fervent prayers for Pastor Tun and his family,” 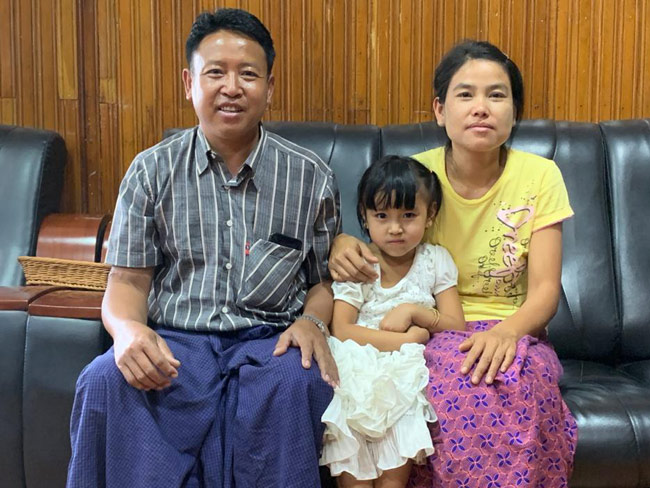 Pastor Tun reached a safe place with his wife and daughter after his release.

We will continue to update as we receive information from our field partners. 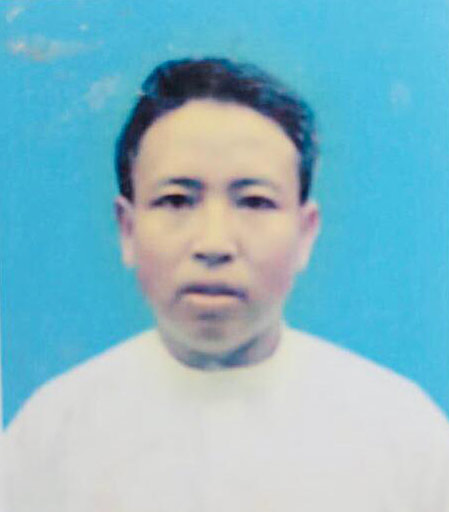 GFA field partner Pastor Tun N. has been been killed after being abducted January 19.

“Precious in the sight of the Lord is the death of His saints,” the psalmist writes in Psalm 116:15.

It is with heaviness in our hearts that we report on the death of Pastor Tun N. from Myanmar, one of GFA’s field partner workers. After being abducted at gunpoint on January 19, Pastor Tun, aged 41, was reported dead on February 1.

He was killed along with several others who had been kidnapped by a rebel army in the Rakhine state of Myanmar, an area torn by Rohingya conflict. During the nearly two weeks Pastor Tun was missing, the local police and government armies were unable to trace him.

During Pastor Tun’s two decades in ministry, he had shared the love of Christ with many and started several fellowships.

He leaves behind his precious wife, their three children, and a church of more than 50 believers.

Since the news of Pastor Tun’s death, GFA-supported churches across Myanmar have taken up an offering for the grieving family. The regional leaders of the church have been visiting and comforting the family during this difficult time.

“We are heartbroken to learn of Pastor Tun’s death, and we ask you to join us in praying for his wife, family and church at this time, that they may know God’s comfort, peace and strength,” shared Dr. KP Yohannan. “All of the brothers and sisters on the field know that, as Jesus said, they go out as ‘sheep among wolves.’ Like Pastor Tun, they are willing to lay down their lives, if need be, to share God’s great love with those who have not yet heard the Good News.” 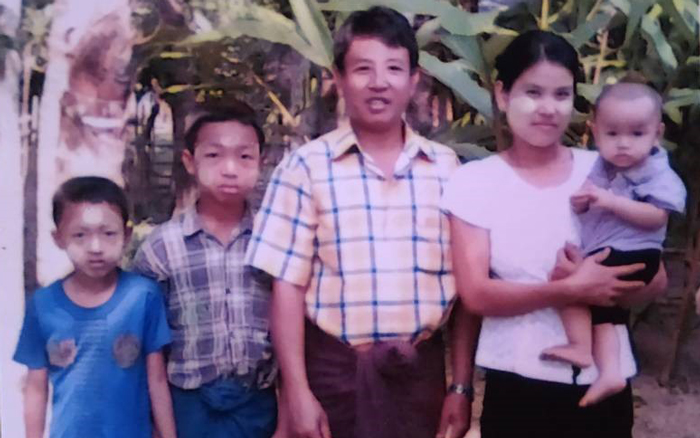 The late Pastor Tun, pictured with his wife and three children.

Pastor Tun's kidnapping and death is the first incident of its kind for GFA-supported ministry in Myanmar, which represents more than 500 congregations.

How you can pray:

Give to the National Missionary Fund »

KP Yohannan shares an update on Pastor Tun who was kidnapped in Myanmar on Jan. 19. Pastor Tun has been serving in Myanmar for 20 years where he has won hundreds of people to Christ and established many churches. It’s confirmed that an underground gang abducted the pastor at gunpoint, and he has not been found for a week. So far, we haven't received any requests for money or ransom. Please pray for Pastor Tun to be found soon.

Matthew 10:16-22 says, “Behold, I send you out as sheep in the midst of wolves. Therefore be wise as serpents and harmless as doves. But beware of men, for they will deliver you up to councils and scourge you in their synagogues. You will be brought before governors and kings for My sake, as a testimony to them and to the Gentiles. But when they deliver you up, do not worry about how or what you should speak. For it will be given to you in that hour what you should speak; for it is not you who speak, but the Spirit of your Father who speaks in you. Now brother will deliver up brother to death, and a father his child; and children will rise up against parents and cause them to be put to death. And you will be hated by all for My name's sake. But he who endures to the end will be saved.”

Please join us in prayer for Pastor Tun:

Learn more about Myanmar and how you can pray for this country.

Pastor Tun N. has been serving in Rakhine state in Myanmar for many years.

On January 19, five people forced Pastor Tun N. from his home at gunpoint. This pastor has been serving in Rakhine State, Myanmar with one of GFA’s field partners. The kidnappers told Pastor Tun that their leader, who is part of an underground army, wanted to question him.

Although the police, government armies, Pastor Tun's wife and the believers in his church have been searching for the kidnapped pastor, Pastor Tun has yet to be found.

Pastor Tun's wife and three children are in shock during this desperate time. GFA-supported field correspondents have been unable to reach the family due to an imposed curfew in this region of Myanmar.

Pastor Tun is an influential man in his community where he has been faithfully serving the Lord and ministering the love of God to families. He disciples twelve fellowships of believers.

Since his kidnapping, many of the believers across this region have been interceding in continuous prayer for nearly a week.

Rakhine state has become known for the mass exodus of its Rohingya people, who have suffered extreme violence and what some have labeled a "large-scale campaign of ethnic cleansing."1 While Pastor Tun serves in this state, no motive for his kidnapping has surfaced yet.