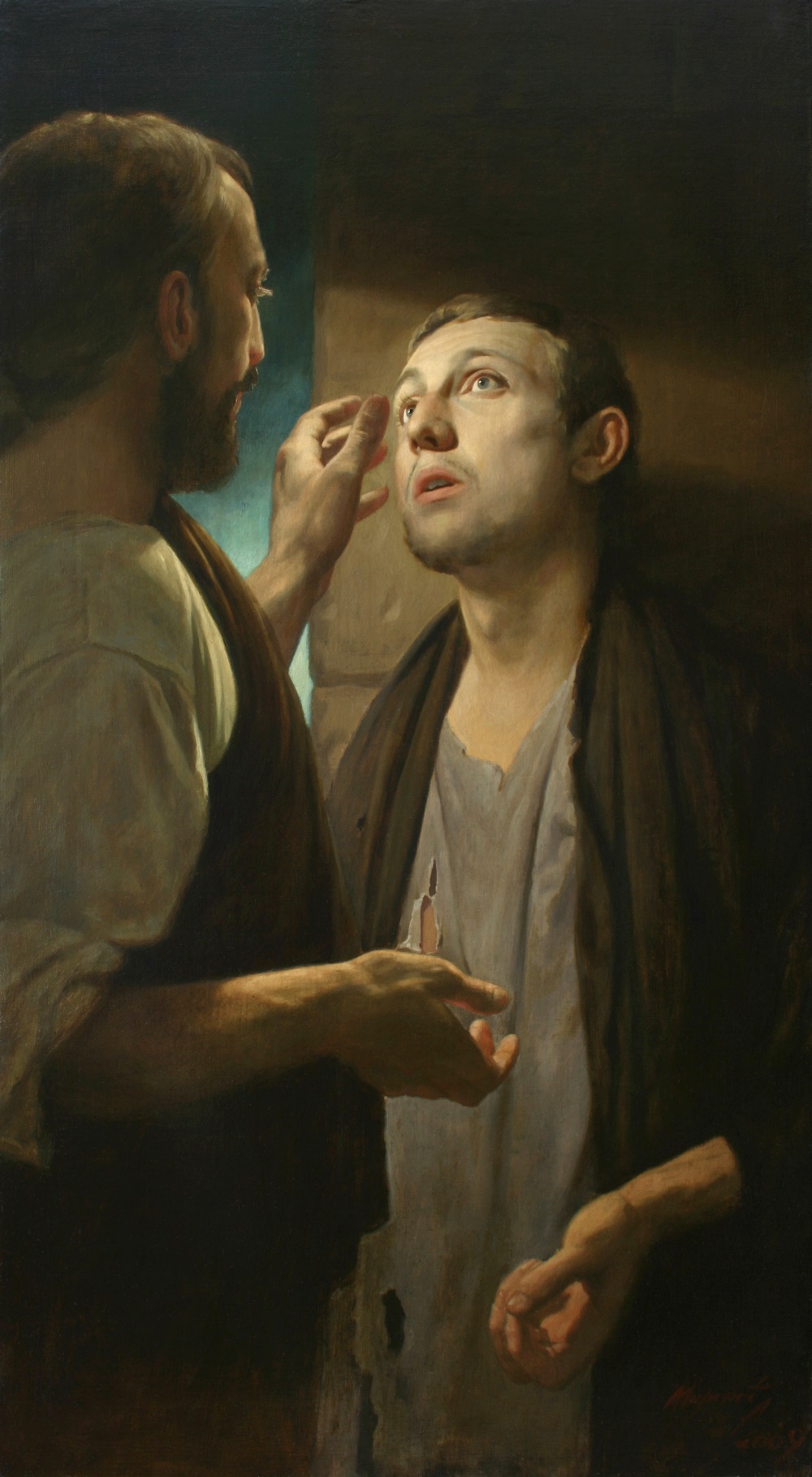 When you have finished paying all the tithe of your produce in the third year (which is the year of the tithe), giving it to the Levites, the aliens, the orphans, and the widows, so that they may eat their fill within your towns, then you shall say before the Lord your God: ‘I have removed the sacred portion from the house, and I have given it to the Levites, the resident aliens, the orphans, and the widows, in accordance with your entire commandment that you commanded me; I have neither transgressed nor forgotten any of your commandments:

How can young people keep their way pure?
By guarding it according to your word.
With my whole heart I seek you;
do not let me stray from your commandments.
I treasure your word in my heart,
so that I may not sin against you.
Blessed are you, O Lord;
teach me your statutes.
With my lips I declare
all the ordinances of your mouth.
I delight in the way of your decrees
as much as in all riches.
I will meditate on your precepts,
and fix my eyes on your ways.
I will delight in your statutes;
I will not forget your word.

Therefore be imitators of God, as beloved children, and live in love, as Christ loved us and gave himself up for us, a fragrant offering and sacrifice to God.

But fornication and impurity of any kind, or greed, must not even be mentioned among you, as is proper among saints. Entirely out of place is obscene, silly, and vulgar talk; but instead, let there be thanksgiving. Be sure of this, that no fornicator or impure person, or one who is greedy ((that is, an idolater), has any inheritance in the kingdom of Christ and of God.

Let no one deceive you with empty words, for because of these things the wrath of God comes on those who are disobedient. Therefore do not be associated with them. For once you were darkness, but now in the Lord you are light. Live as children of light— for the fruit of the light is found in all that is good and right and true. Try to find out what is pleasing to the Lord. Take no part in the unfruitful works of darkness, but instead expose them. For it is shameful even to mention what such people do secretly; but everything exposed by the light becomes visible, for everything that becomes visible is light. Therefore it says,

‘Sleeper, awake!
Rise from the dead,
and Christ will shine on you.’

As he walked along, he saw a man blind from birth. His disciples asked him, ‘Rabbi, who sinned, this man or his parents, that he was born blind?’ Jesus answered, ‘Neither this man nor his parents sinned; he was born blind so that God’s works might be revealed in him. We must work the works of him who sent me while it is day; night is coming when no one can work. As long as I am in the world, I am the light of the world.’ When he had said this, he spat on the ground and made mud with the saliva and spread the mud on the man’s eyes, saying to him, ‘Go, wash in the pool of Siloam’ (which means Sent). Then he went and washed and came back able to see. The neighbours and those who had seen him before as a beggar began to ask, ‘Is this not the man who used to sit and beg?’ Some were saying, ‘It is he.’ Others were saying, ‘No, but it is someone like him.’ He kept saying, ‘I am the man.’ But they kept asking him, ‘Then how were your eyes opened?’ He answered, ‘The man called Jesus made mud, spread it on my eyes, and said to me, “Go to Siloam and wash.” Then I went and washed and received my sight.’ They said to him, ‘Where is he?’ He said, ‘I do not know.’

The Pharisees Investigate the Healing

They brought to the Pharisees the man who had formerly been blind. Now it was a sabbath day when Jesus made the mud and opened his eyes. Then the Pharisees also began to ask him how he had received his sight. He said to them, ‘He put mud on my eyes. Then I washed, and now I see.’ Some of the Pharisees said, ‘This man is not from God, for he does not observe the sabbath.’ But others said, ‘How can a man who is a sinner perform such signs?’ And they were divided. So they said again to the blind man, ‘What do you say about him? It was your eyes he opened.’ He said, ‘He is a prophet.’

The Jews did not believe that he had been blind and had received his sight until they called the parents of the man who had received his sight and asked them, ‘Is this your son, who you say was born blind? How then does he now see?’ His parents answered, ‘We know that this is our son, and that he was born blind; but we do not know how it is that now he sees, nor do we know who opened his eyes. Ask him; he is of age. He will speak for himself.’ His parents said this because they were afraid of the Jews; for the Jews had already agreed that anyone who confessed Jesus to be the Messiah would be put out of the synagogue. Therefore his parents said, ‘He is of age; ask him.’

So for the second time they called the man who had been blind, and they said to him, ‘Give glory to God! We know that this man is a sinner.’ He answered, ‘I do not know whether he is a sinner. One thing I do know, that though I was blind, now I see.’ They said to him, ‘What did he do to you? How did he open your eyes?’ He answered them, ‘I have told you already, and you would not listen. Why do you want to hear it again? Do you also want to become his disciples?’ Then they reviled him, saying, ‘You are his disciple, but we are disciples of Moses. We know that God has spoken to Moses, but as for this man, we do not know where he comes from.’ The man answered, ‘Here is an astonishing thing! You do not know where he comes from, and yet he opened my eyes. We know that God does not listen to sinners, but he does listen to one who worships him and obeys his will. Never since the world began has it been heard that anyone opened the eyes of a person born blind. If this man were not from God, he could do nothing.’ They answered him, ‘You were born entirely in sins, and are you trying to teach us?’ And they drove him out.

Jesus heard that they had driven him out, and when he found him, he said, ‘Do you believe in the Son of Man?’ He answered, ‘And who is he, sir? Tell me, so that I may believe in him.’ Jesus said to him, ‘You have seen him, and the one speaking with you is he.’ He said, ‘Lord, I believe.’ And he worshipped him. Jesus said, ‘I came into this world for judgement so that those who do not see may see, and those who do see may become blind.’ Some of the Pharisees near him heard this and said to him, ‘Surely we are not blind, are we?’ Jesus said to them, ‘If you were blind, you would not have sin. But now that you say, “We see”, your sin remains.

Our gracious and mericful Lord, we pray, please grant that we may observe this season of Lent with holy fasting, so that we may by Your power, battle against spiritual evils and grow in purity within and without. Enable us to live close to you and ceaselessly praise You, the Father, the Son and the Holy Spirit. As it was in the beginning, is now and always forever will be, world without end. Amen.

It is indeed good and right to give you thanks and praise, Almighty God and Everlasting Father, through Jesus Christ Your Son. For in this season of Lent, You lead us into the desert of repentance, that through the pilgrimage of prayer and discipline we may grow in grace and become more like our Lord. Through fasting, prayer and acts of service, You bring us to Your generous heart. May our self denial bring glory to You, and help us to be humble and get rid of our sinful pride. Help us to care for the poor and the destitute. Help us, Lord, to imitate You in our deeds. We thank you for Your mercy and join with saints and angels to proclaim:

Gracious and compassionate Father in heaven, we thank you for strengthening our faith and hope. We praise You for deepening our love through this worship. Pour out the power of the Holy Spirit on us that we may live by the Word of Christ, the Bread of Life. We offer our life at your feet that in this season of Lent, the life and nature of Christ may grow deeper in us. We ascribe praise and thanksgiving to You, to Your Son and to the Holy Spirit. As it was in the beginning, is now and always forever will be, world without end. Amen.

For the month of April we at GFA World are focusing our prayers for Missionaries. Please join us in praying for those needing clean water.

GFA missionaries have dedicated their lives to sharing Christ’s love with others. They minister in a variety of places, living sacrificially and compassionately responding to the needs around them.

As members of their communities, these men and women have unique insight into the needs and challenges within the community. They are burdened when people are plagued by disease caused by a lack of clean water and proper sanitation, and they seek to provide solutions, like Jesus Wells and toilets. They are moved with compassion for widows and leprosy patients whom others have scorned, and they seek to care for their needs. They are troubled when they see people struggling in abject poverty, and they seek to help them rise out of it through income-generating gifts that provide steady income and through tutoring and literacy classes that offer hope for the future.

These courageous labourers are on the front lines. God is using them mightily, helping transform entire communities, but the work is far from finished. Billions of people still have never heard of Christ’s love.

Please join us in praying this month for GFA’s national missionaries. 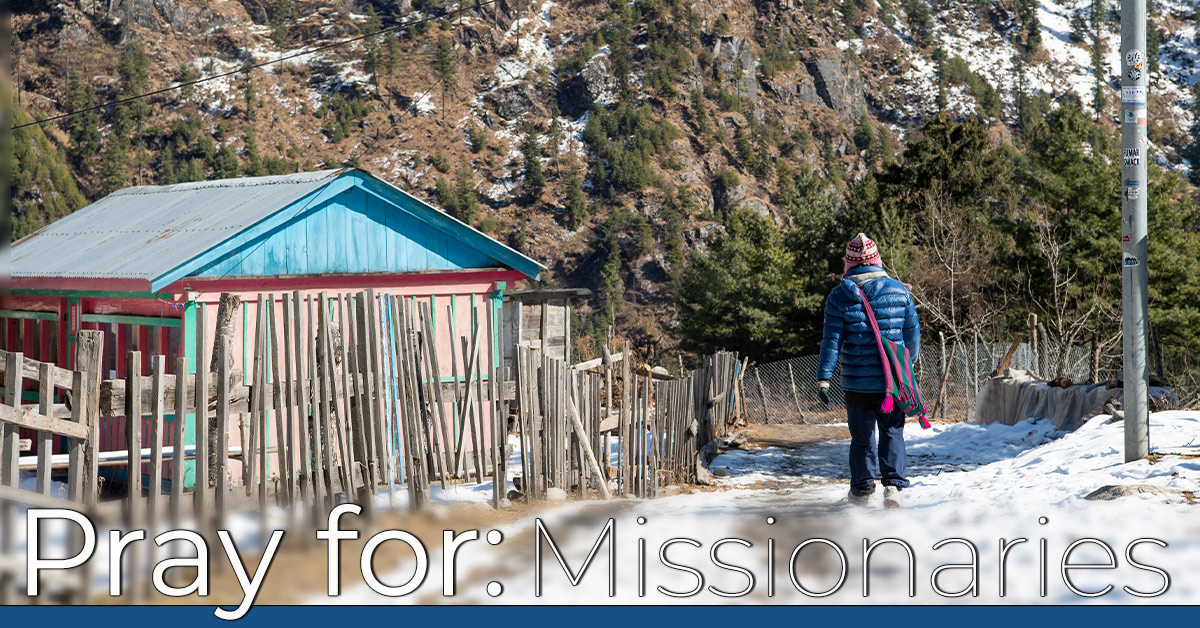