Almighty God, through the incarnate Word you have caused us to be born anew of an imperishable and eternal seed: Look with compassion upon those who are being prepared for Holy Baptism, and grant that they may be built as living stones into a spiritual temple acceptable to you; through Jesus Christ our Lord, who lives and reigns with you and the Holy Spirit, one God, for ever and ever. Amen.

Afterwards Moses and Aaron went to Pharaoh and said, ‘Thus says the Lord, the God of Israel, “Let my people go, so that they may celebrate a festival to me in the wilderness.”’ But Pharaoh said, ‘Who is the Lord, that I should heed him and let Israel go? I do not know the Lord, and I will not let Israel go.’ Then they said, ‘The God of the Hebrews has revealed himself to us; let us go a three days’ journey into the wilderness to sacrifice to the Lord our God, or he will fall upon us with pestilence or sword.’ But the king of Egypt said to them, ‘Moses and Aaron, why are you taking the people away from their work? Get to your labours!’ Pharaoh continued, ‘Now they are more numerous than the people of the land and yet you want them to stop working!’ That same day Pharaoh commanded the taskmasters of the people, as well as their supervisors, ‘You shall no longer give the people straw to make bricks, as before; let them go and gather straw for themselves. But you shall require of them the same quantity of bricks as they have made previously; do not diminish it, for they are lazy; that is why they cry, “Let us go and offer sacrifice to our God.” Let heavier work be laid on them; then they will labour at it and pay no attention to deceptive words.’

So the taskmasters and the supervisors of the people went out and said to the people, ‘Thus says Pharaoh, “I will not give you straw. Go and get straw yourselves, wherever you can find it; but your work will not be lessened in the least.”’ So the people scattered throughout the land of Egypt, to gather stubble for straw. The taskmasters were urgent, saying, ‘Complete your work, the same daily assignment as when you were given straw.’ And the supervisors of the Israelites, whom Pharaoh’s taskmasters had set over them, were beaten, and were asked, ‘Why did you not finish the required quantity of bricks yesterday and today, as you did before?’

Then the Israelite supervisors came to Pharaoh and cried, ‘Why do you treat your servants like this? No straw is given to your servants, yet they say to us, “Make bricks!” Look how your servants are beaten! You are unjust to your own people.’ He said, ‘You are lazy, lazy; that is why you say, “Let us go and sacrifice to the Lord.” Go now, and work; for no straw shall be given you, but you shall still deliver the same number of bricks.’ The Israelite supervisors saw that they were in trouble when they were told, ‘You shall not lessen your daily number of bricks.’ As they left Pharaoh, they came upon Moses and Aaron who were waiting to meet them. They said to them, ‘The Lord look upon you and judge! You have brought us into bad odour with Pharaoh and his officials, and have put a sword in their hand to kill us.’

A Song of Ascents.

I lift up my eyes to the hills—
from where will my help come?
My help comes from the Lord,
who made heaven and earth.

He will not let your foot be moved;
he who keeps you will not slumber.
He who keeps Israel
will neither slumber nor sleep.

Brothers and sisters, do not be children in your thinking; rather, be infants in evil, but in thinking be adults. In the law it is written,

‘By people of strange tongues
and by the lips of foreigners
I will speak to this people;
yet even then they will not listen to me,’

says the Lord. Tongues, then, are a sign not for believers but for unbelievers, while prophecy is not for unbelievers but for believers. If, therefore, the whole church comes together and all speak in tongues, and outsiders or unbelievers enter, will they not say that you are out of your mind? But if all prophesy, an unbeliever or outsider who enters is reproved by all and called to account by all. After the secrets of the unbeliever’s heart are disclosed, that person will bow down before God and worship him, declaring, ‘God is really among you.’

What should be done then, my friends? When you come together, each one has a hymn, a lesson, a revelation, a tongue, or an interpretation. Let all things be done for building up. If anyone speaks in a tongue, let there be only two or at most three, and each in turn; and let one interpret. But if there is no one to interpret, let them be silent in church and speak to themselves and to God. Let two or three prophets speak, and let the others weigh what is said. If a revelation is made to someone else sitting nearby, let the first person be silent. For you can all prophesy one by one, so that all may learn and all be encouraged. And the spirits of prophets are subject to the prophets, for God is a God not of disorder but of peace.

(As in all the churches of the saints, women should be silent in the churches. For they are not permitted to speak, but should be subordinate, as the law also says. If there is anything they desire to know, let them ask their husbands at home. For it is shameful for a woman to speak in church. Or did the word of God originate with you? Or are you the only ones it has reached?)

Anyone who claims to be a prophet, or to have spiritual powers, must acknowledge that what I am writing to you is a command of the Lord. Anyone who does not recognize this is not to be recognized. So, my friends, be eager to prophesy, and do not forbid speaking in tongues; but all things should be done decently and in order.

‘For everyone will be salted with fire. Salt is good; but if salt has lost its saltiness, how can you season it? Have salt in yourselves, and be at peace with one another.’

Forgive:
Basic human nature is to never admit when we are wrong or have sinned. We always shift blame on others for all our failures, while being totally blind to our own sins. Learn to resist the urge to blame others and be willing to take responsibility for your sins of omission and commission. Learn to ask forgiveness from others and from God. Forgive yourself; for God has forgiven you.
—— Metropolitan Yohan 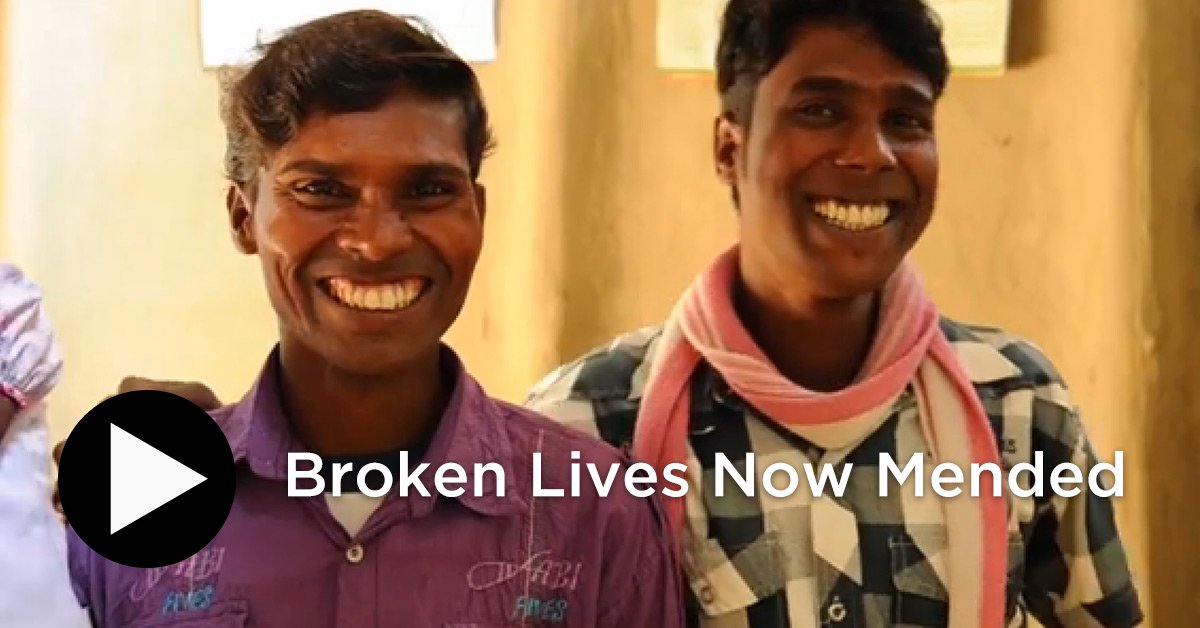 National workers like Pastor Soy endure opposition every day as they demonstrate Christ’s love to people desperately longing for peace. As these workers remain faithful, God continues to open the hearts of those they serve to receive His message of redemption.