Almighty God our heavenly Father, renew in us the gifts of your mercy; increase our faith, strengthen our hope, enlighten our understanding, widen our charity, and make us ready to serve you; through Jesus Christ our Lord, who lives and reigns with you and the Holy Spirit, one God, for ever and ever. Amen.

The Lord said to Moses and Aaron, ‘When Pharaoh says to you, “Perform a wonder”, then you shall say to Aaron, “Take your staff and throw it down before Pharaoh, and it will become a snake.”’ So Moses and Aaron went to Pharaoh and did as the Lord had commanded; Aaron threw down his staff before Pharaoh and his officials, and it became a snake. Then Pharaoh summoned the wise men and the sorcerers; and they also, the magicians of Egypt, did the same by their secret arts. Each one threw down his staff, and they became snakes; but Aaron’s staff swallowed up theirs. Still Pharaoh’s heart was hardened, and he would not listen to them, as the Lord had said.

Then the Lord said to Moses, ‘Pharaoh’s heart is hardened; he refuses to let the people go. Go to Pharaoh in the morning, as he is going out to the water; stand by at the river bank to meet him, and take in your hand the staff that was turned into a snake. Say to him, “The Lord, the God of the Hebrews, sent me to you to say, ‘Let my people go, so that they may worship me in the wilderness.’ But until now you have not listened. Thus says the Lord, ‘By this you shall know that I am the Lord.’ See, with the staff that is in my hand I will strike the water that is in the Nile, and it shall be turned to blood. The fish in the river shall die, the river itself shall stink, and the Egyptians shall be unable to drink water from the Nile.”’ The Lord said to Moses, ‘Say to Aaron, “Take your staff and stretch out your hand over the waters of Egypt—over its rivers, its canals, and its ponds, and all its pools of water—so that they may become blood; and there shall be blood throughout the whole land of Egypt, even in vessels of wood and in vessels of stone.”’

Moses and Aaron did just as the Lord commanded. In the sight of Pharaoh and of his officials he lifted up the staff and struck the water in the river, and all the water in the river was turned into blood, and the fish in the river died. The river stank so that the Egyptians could not drink its water, and there was blood throughout the whole land of Egypt. But the magicians of Egypt did the same by their secret arts; so Pharaoh’s heart remained hardened, and he would not listen to them, as the Lord had said. Pharaoh turned and went into his house, and he did not take even this to heart. And all the Egyptians had to dig along the Nile for water to drink, for they could not drink the water of the river.

God is in the midst of the city; it shall not be moved;
God will help it when the morning dawns.
The nations are in an uproar, the kingdoms totter;
he utters his voice, the earth melts.

Come, behold the works of the Lord;
see what desolations he has brought on the earth.
He makes wars cease to the end of the earth;
he breaks the bow, and shatters the spear;
he burns the shields with fire.

But thanks be to God, who in Christ always leads us in triumphal procession, and through us spreads in every place the fragrance that comes from knowing him. For we are the aroma of Christ to God among those who are being saved and among those who are perishing; to the one a fragrance from death to death, to the other a fragrance from life to life. Who is sufficient for these things? For we are not peddlers of God’s word like so many; but in Christ we speak as persons of sincerity, as persons sent from God and standing in his presence.

Ministers of the New Covenant

Are we beginning to commend ourselves again? Surely we do not need, as some do, letters of recommendation to you or from you, do we? You yourselves are our letter, written on our hearts, to be known and read by all; and you show that you are a letter of Christ, prepared by us, written not with ink but with the Spirit of the living God, not on tablets of stone but on tablets of human hearts.

Such is the confidence that we have through Christ towards God. Not that we are competent of ourselves to claim anything as coming from us; our competence is from God, who has made us competent to be ministers of a new covenant, not of letter but of spirit; for the letter kills, but the Spirit gives life.

He left that place and went to the region of Judea and beyond the Jordan. And crowds again gathered around him; and, as was his custom, he again taught them.

Some Pharisees came, and to test him they asked, ‘Is it lawful for a man to divorce his wife?’ He answered them, ‘What did Moses command you?’ They said, ‘Moses allowed a man to write a certificate of dismissal and to divorce her.’ But Jesus said to them, ‘Because of your hardness of heart he wrote this commandment for you. But from the beginning of creation, “God made them male and female.” “For this reason a man shall leave his father and mother and be joined to his wife, and the two shall become one flesh.” So they are no longer two, but one flesh. Therefore what God has joined together, let no one separate.’

People were bringing little children to him in order that he might touch them; and the disciples spoke sternly to them. But when Jesus saw this, he was indignant and said to them, ‘Let the little children come to me; do not stop them; for it is to such as these that the kingdom of God belongs. Truly I tell you, whoever does not receive the kingdom of God as a little child will never enter it.’ And he took them up in his arms, laid his hands on them, and blessed them.

Silence:
For better understanding, another word we can use for Lent is wilderness. And wilderness is silence. Christ and silence were inseperable during His forty days of prayer and fasting in the wilderness. Noise and restlessness keep us from silence, without which we cannot experience God. The billions of stars and galaxies move in deep silence, yet the breathtaking beauty of it all overwhelms us.
—— Metropolitan Yohan

Wherefore let us forsake the vain doing of the many and their false teachings, and turn unto the word which was delivered unto us from the beginning, being sober unto prayer and constant in fastings, entreating the all–seeing God with supplications that He bring us not into temptation, according as the Lord said, The Spirit is indeed willing, but the flesh is weak. 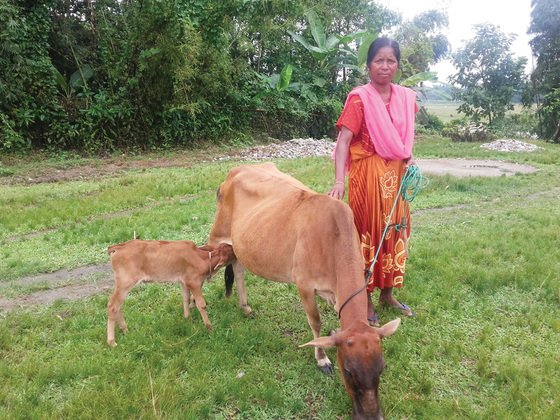 Gina could feel the daily ache in her muscles from her hard labor. Dust from the quarry where she worked mingled with the sweat on her brow; she wiped it away before it could drip into her eyes.